Like the fight to save the Franklin, challenging Adani’s Carmichael coal mine was a huge moment in the history of protecting Australia’s environment. 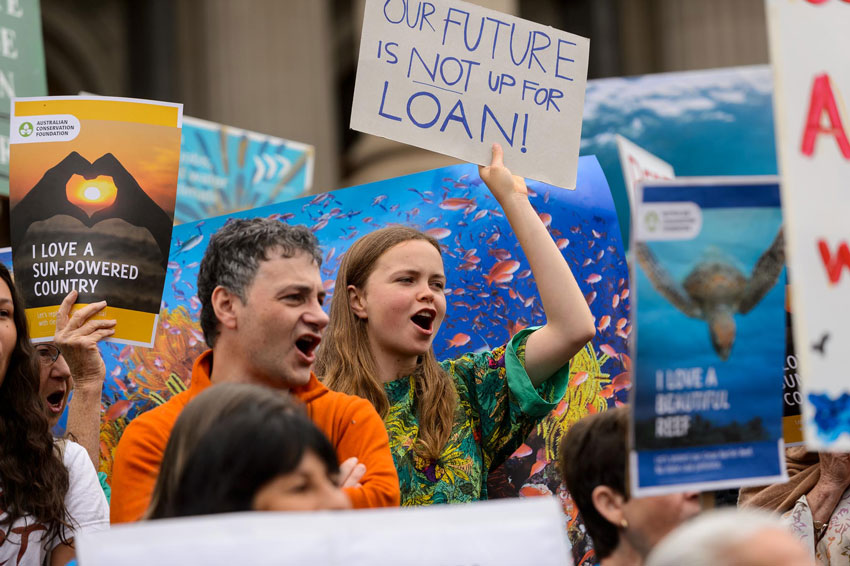 The hearings were held in Brisbane’s Federal Court on 3-4 May 2016. Ultimately, the Federal Court found our national environment laws grant “the [Environment] Minister, and the Minister alone" the right to ignore the overwhelming scientific evidence and come to the conclusion that 4.6 billion tonnes of climate pollution from the mine would have “no relevant impact” on the Great Barrier Reef. 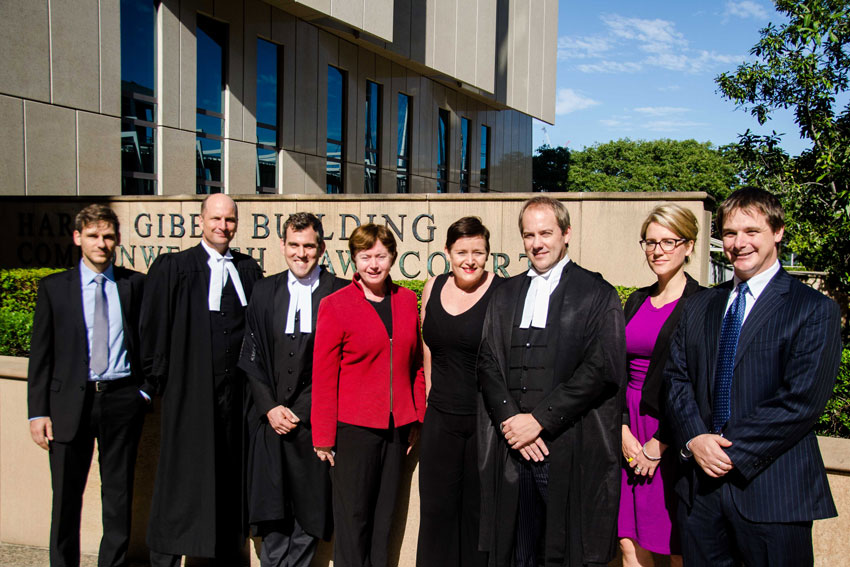 With overwhelming community support, ACF lodged on appeal on the Federal Court’s decision in September 2016. Again, the Federal Court found that our environment laws cannot stop the government from approving Australia’s biggest coal mine, even as the reef dies before our eyes. 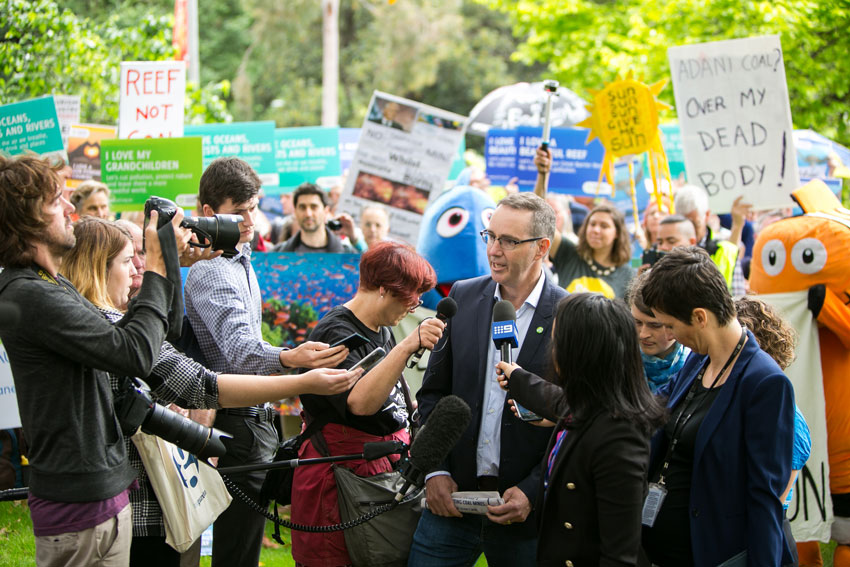 The outcome of this court case is critically important – proving we need a new generation of environment laws that account for global warming. 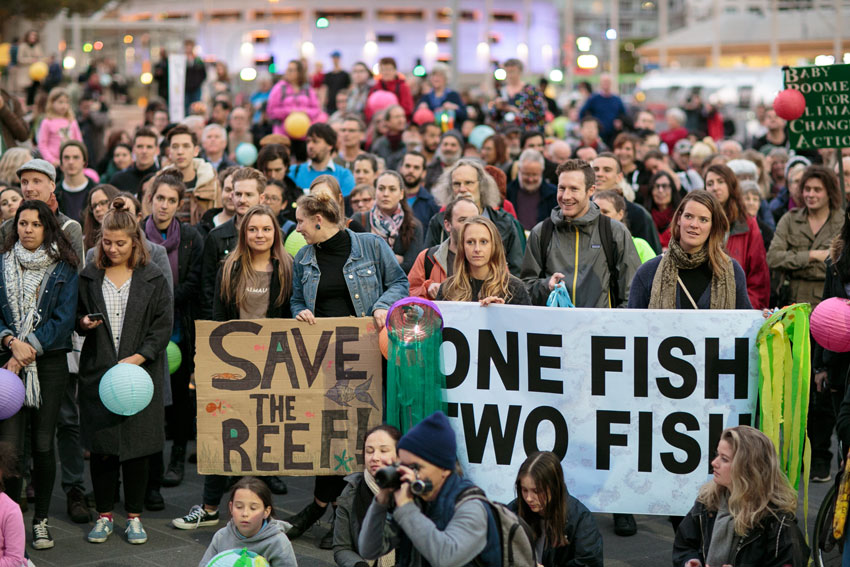 2016 Shine a light for the Reef action. Photo: James Thomas

That’s why we’re calling for new laws to protect life, not destroy it. We won’t give up until our government passes a new generation of environment laws that actually protect our air, water and wildlife – not the vested interests, the coal charlatans or the big polluters.

And we won’t give up on stopping the Adani coal mine, one of the most dangerous and polluting projects to ever be proposed in Australia.

Over 50 years, ACF and our community have had some incredible wins. We advocated against polluting projects like Adani’s coal mine and the Jabiluka uranium lease. We protected places we all love, like the Reef, Kakadu, the Franklin River, Antarctica and the Murray-Darling. We stood with Traditional Owners to hand back country and farmers to pioneer Landcare. We won billions for clean energy and led Australia's biggest climate march, helping to win a global pollution agreement.