For over a decade, local groups, the ACF community and people who cared, campaigned for legislation to leave enough water in our rivers to keep them, and us, healthy.

The Murray-Darling Basin is the lifeblood for our communities, wildlife, 20,000 farms and millions of people. For a time, it seemed like the mighty Murray and Darling rivers would never dry out.

Our governments let people take as much river water as they wanted. We straightened the rivers and controlled their flow with dams and locks.

But as more people came to the Basin and irrigation got bigger and more widespread, we took too much. Some were greedy and didn’t care about the people and wildlife living downstream. Eventually, we bled our rivers dry. 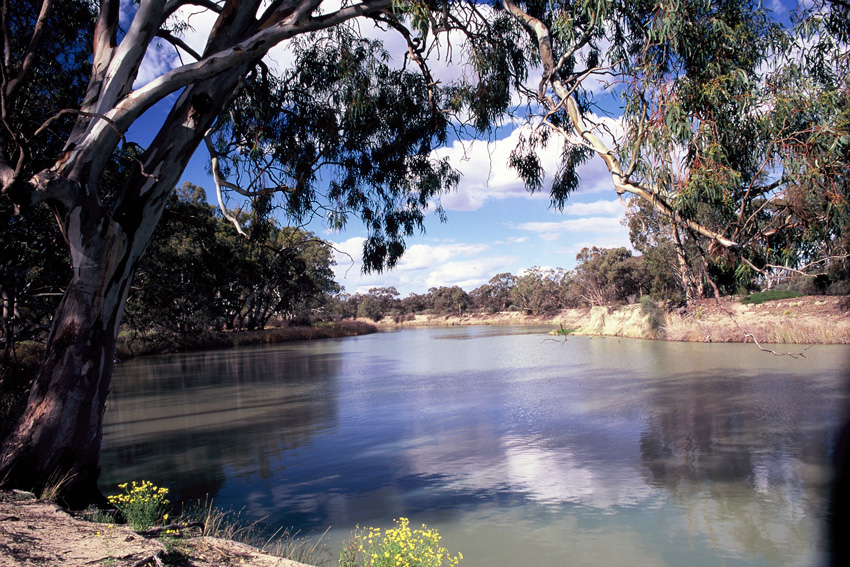 For over a decade, local groups, the ACF community and people who cared campaigned for legislation to leave enough water in our rivers to keep them, and us, healthy.

Together, we cajoled our farming communities, the federal government and five different states to work together.

We did the official stuff – submissions, appearing at inquiries, lobbying all sides of politics at federal and state levels. And we did the unofficial stuff: town hall meetings, colourful protests on the steps of state parliaments, billboards and media stunts. 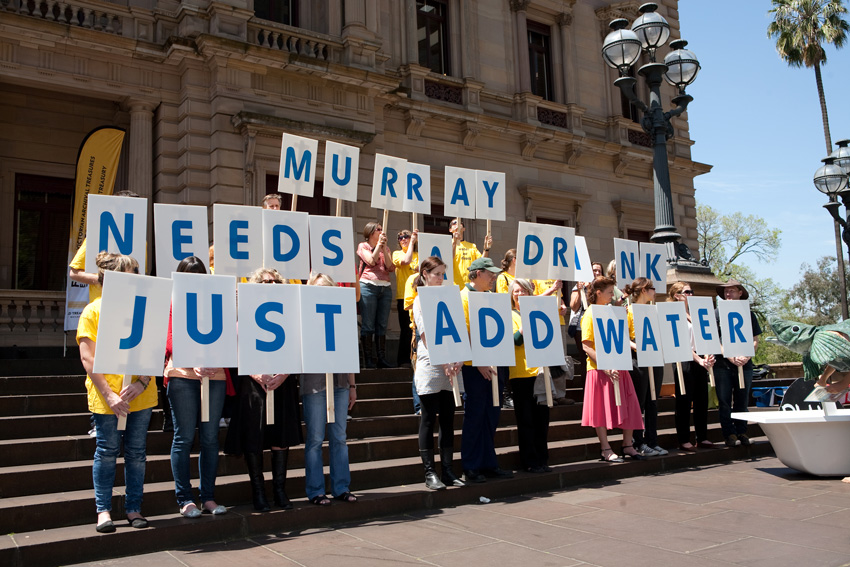 Eventually we had a plan – the Murray Darling Basin Plan (MDBP), which sets out fair rules about how much river water people can take.

Signed into law in late 2012, the MDBP pledged $10 billion to recover 3,200 billion litres – six times more water than is in Sydney Harbour – every year for the rivers and wetlands of the Basin.

The Plan reconnects the river with its floodplains and makes sure there’s enough river water to flow all the way from the Great Dividing Range to the sea. It promises healthier rivers and wetlands, wildlife and communities. 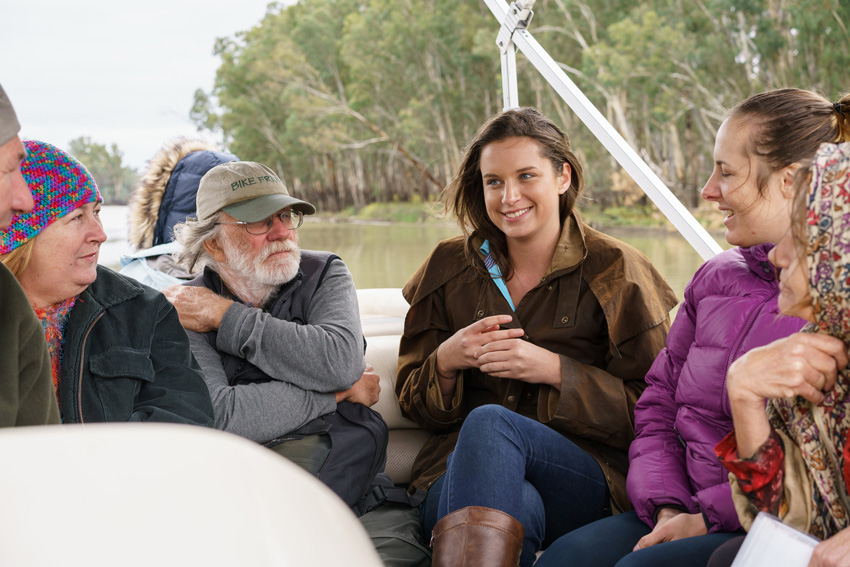 But having a plan is one thing; making our governments follow it it is another.

Today, a handful of cashed-up lobbyists are campaigning against the Murray-Darling Basin Plan. They’re trying to erode it, bit by bit, so they can take as much river water as they want.

So we are keeping the pressure on our governments to finish what they started. To put the interests of our rivers and rural communities ahead of corporate self interest. If we do it right, we will be able to keep swimming and fishing in our rivers – and the mighty Murray will flow all the way to the sea.