When world leaders headed to Paris for the UN climate summit we joined millions of people across the globe for the biggest climate march the world has ever seen. Now, for the first time in history, we have a universal agreement to cut pollution.

On the last weekend of November 2015, we made history.

As world leaders gathered in Paris on the eve of the United Nations climate summit, we gathered in unprecedented numbers.

More than 140,000 people came together in 55 towns and cities right across our sunburnt country. Melbourne’s rally, led by ACF, kicked off the wave of global marches and brought out 60,000 people. It was the biggest march in the world that weekend.

We broke records. In every Australian capital city, more people joined People’s Climate Marches than ever before. Together, our power, our energy and our spirit beamed across the world’s media.

The next week, world leaders watched footage of the marches at the UN climate summit in Paris. Then – in an extraordinary diplomatic effort – they made a global agreement to cut pollution.

Hundreds and hundreds of amazing ACF volunteers spent their evenings and weekends flyering, postering, phone banking, doorknocking, making placards and banners, marshalling and doing all sorts of other unglamorous but oh-so-important things.

People from all across the country chipped in with generous donations to make all of this possible.

We grew relationships. We collaborated. And although the rallies are over, we’ll keep on working together, because we know together, we can turn the wheel of history. 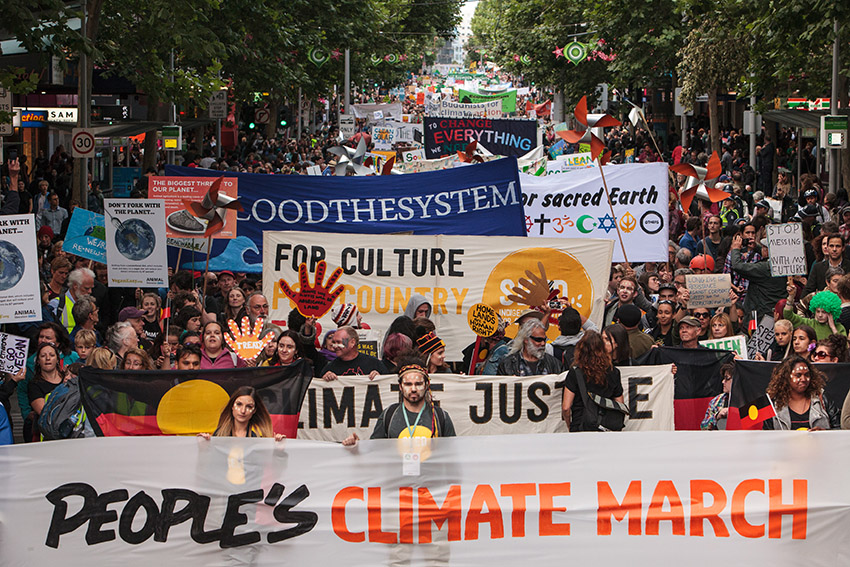 Sixty thousand people march through the streets of Melbourne in the largest People's Climate March in the world.
Photo: James Thomas

THIS IS WHO WE ARE

We are a massive community of people who care. We are firefighters, Indigenous people, nurses, young people, old people, people of faith, health care workers, union leaders, grandchildren and gardeners. We are explorers, thinkers, innovators, superheroes, dreamers and doers. We all want a brighter future.

We came together to tell our leaders, loud and clear – we the people will hold you to account. We showed the world, we’re all committed to a brighter future, and we are getting on with it, whether our politicians are ready or not. 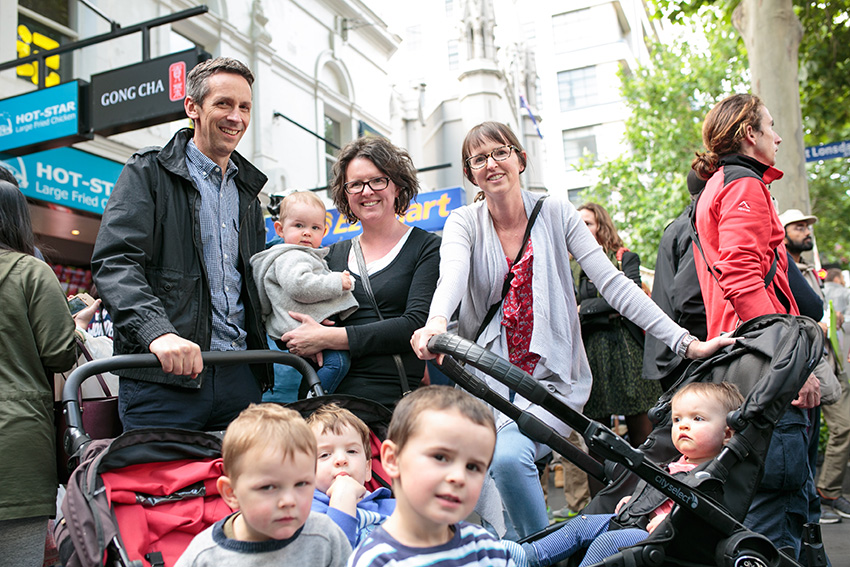 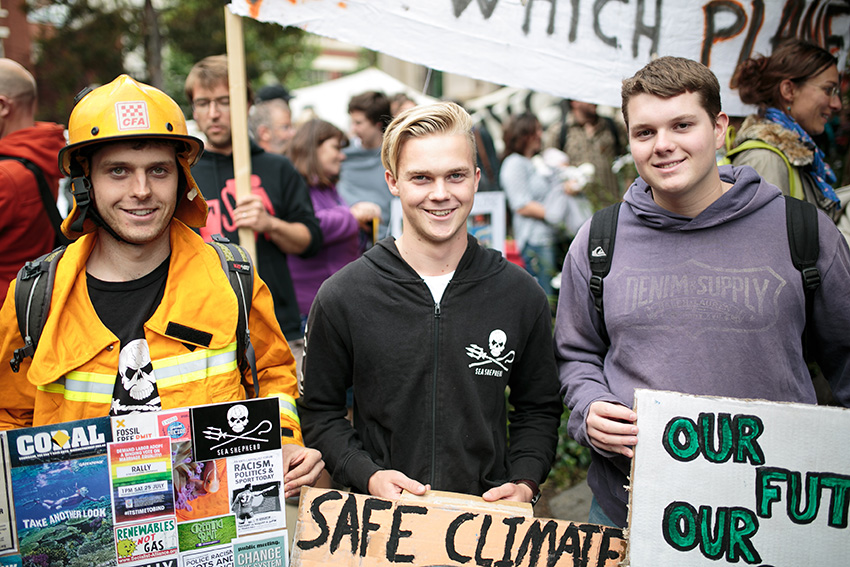 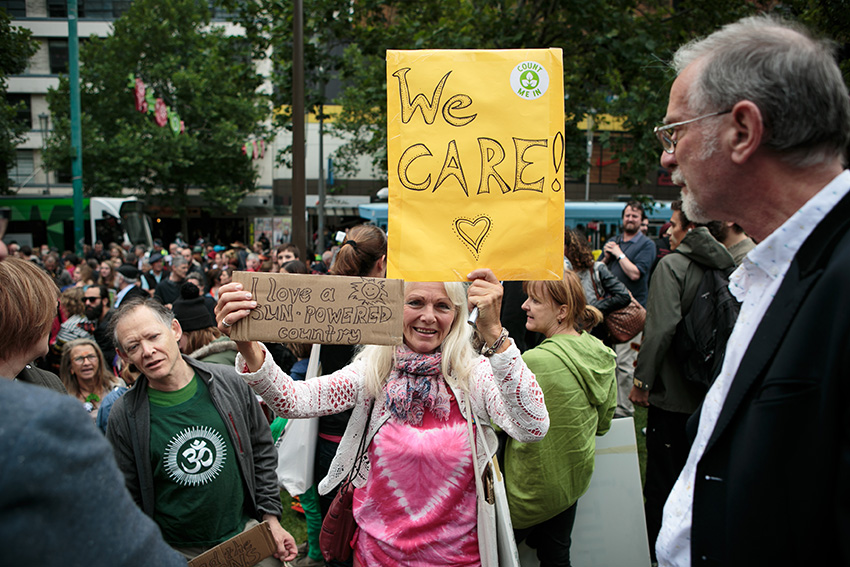 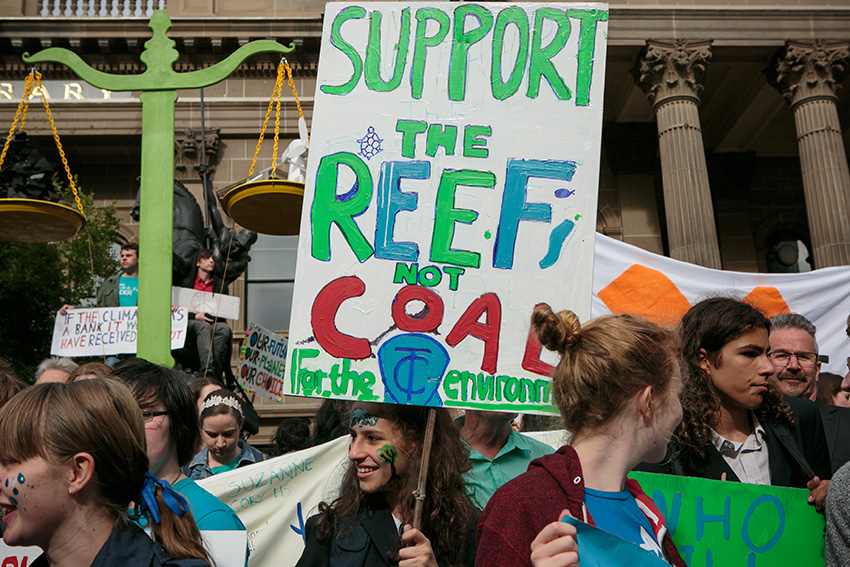 WE DANCED, SANG AND MARCHED IN STREETS ALL OVER THE COUNTRY

From Melbourne to Darwin, from Broome to Lismore to Burnie and Cooktown, legends turned out in droves. In capital cities and towns, we took to the streets to show our leaders what we’re made of.

In Melbourne, 60,000 marchers stood for a minute’s silence to honour what we’ve lost and reflect on the unbreakable thread of hope that we hold for our future. Tears streamed down cheeks.

In Sydney, 45,000 people snaked through the city with placards, puppets, maracas and pinwheels, calling for climate justice and a brighter future.

In Adelaide, people on the footpath stood with jaws dropped as the march filed past. Armidale made the longest banner Australia has ever seen, and sweaty People’s Climate marchers in Cairns ended their march in a lagoon. 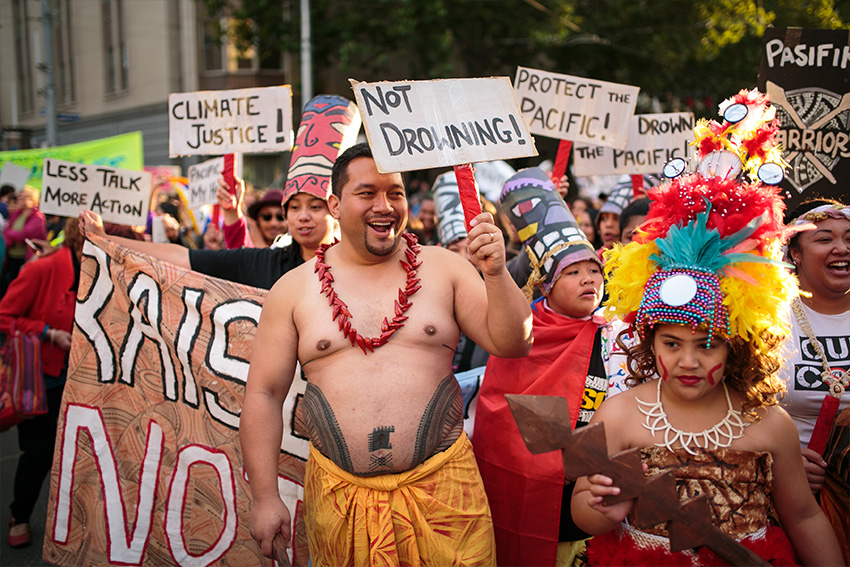 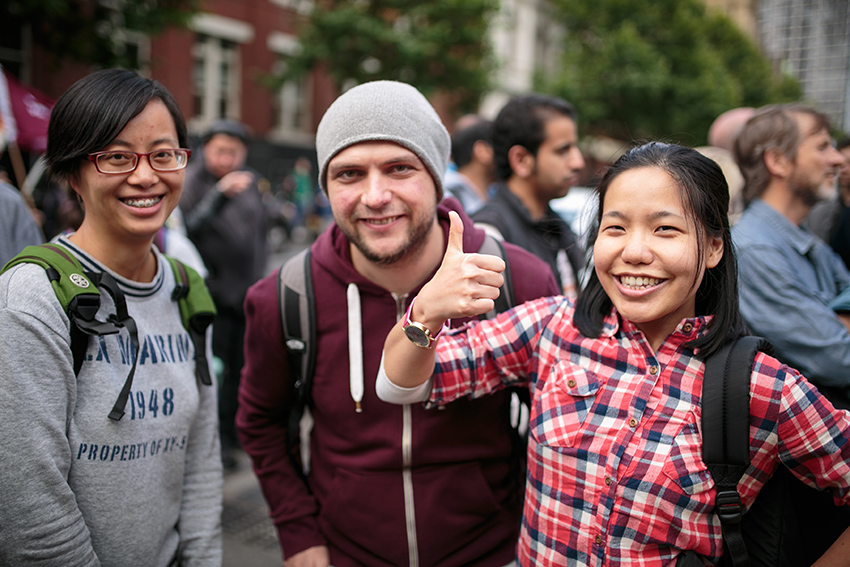 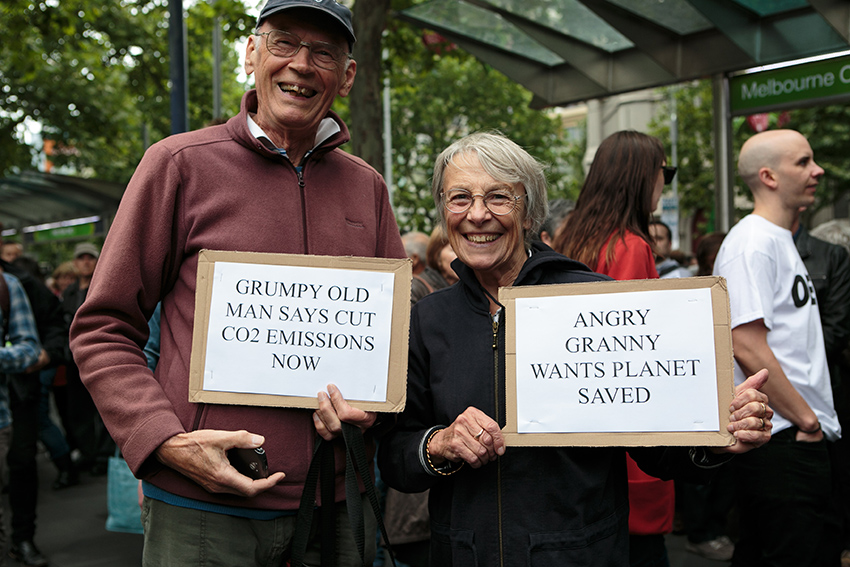 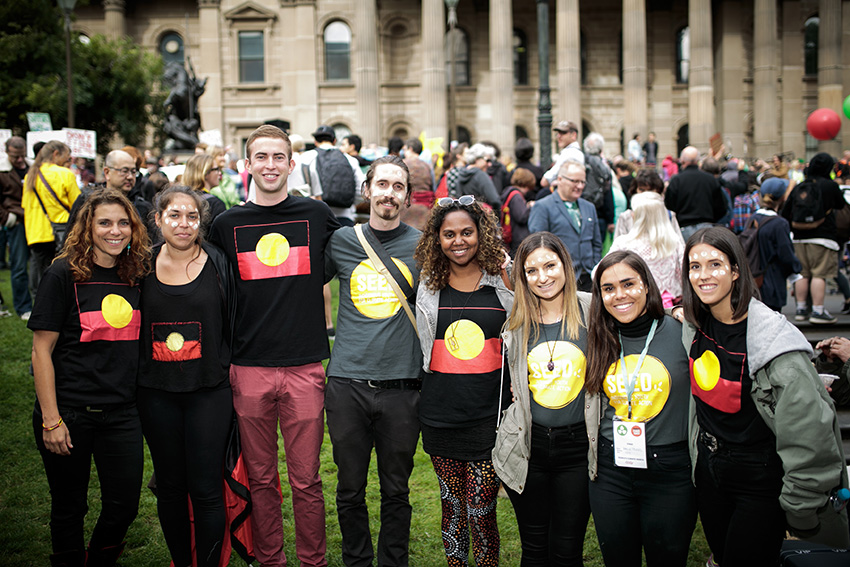 People from all walks of life came together to tell our leaders: we, the people, will hold you to account.
Photos: James Thomas

BIG AND SMALL, WE WERE THERE 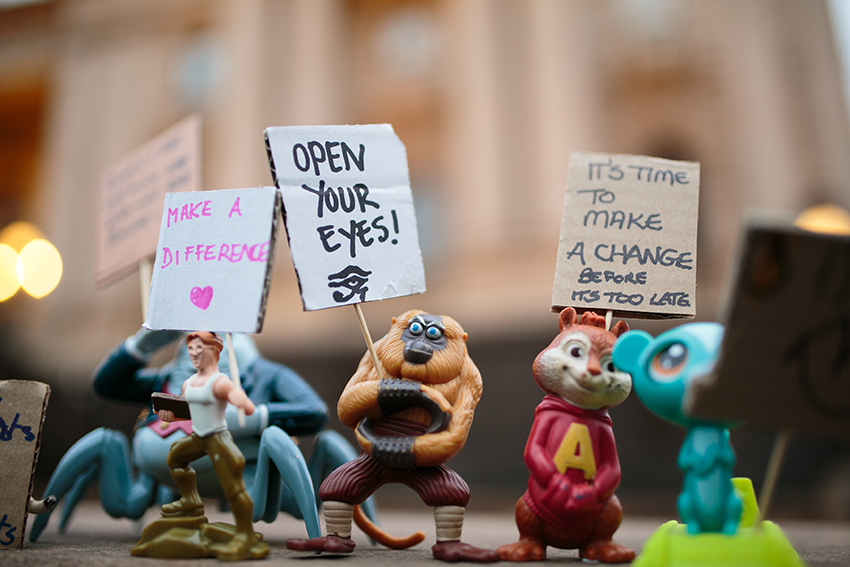 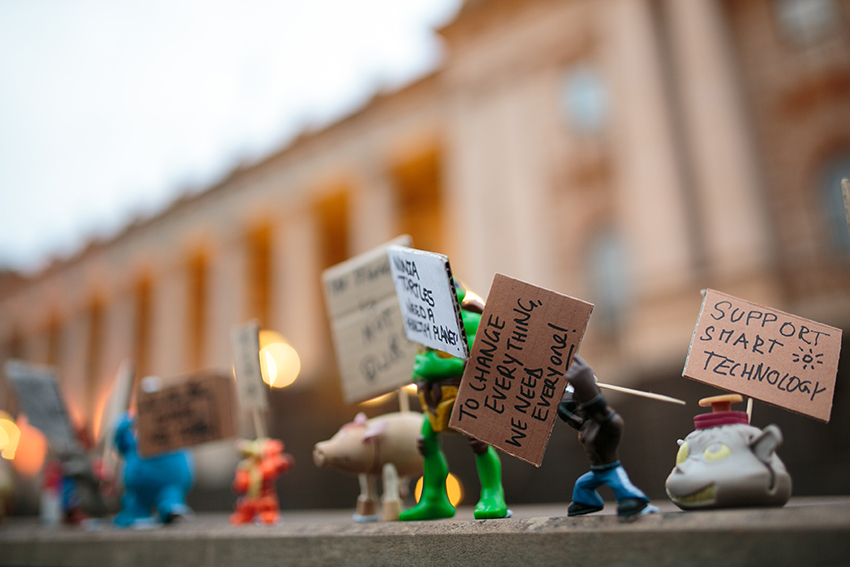 From Melbourne to Darwin, from Broome to Lismore to Burnie and Cooktown, legends (big and small!) turned out in droves. Photos: James Thomas

WE KICKED OFF MARCHES ALL AROUND THE WORLD

The ACF community inspired people everywhere to get involved. And well over half a million people, at more than 2300 events in 175 countries, did. As people couldn’t march in the city of Paris, that beautiful city hosting the UN climate talks, we marched for them. 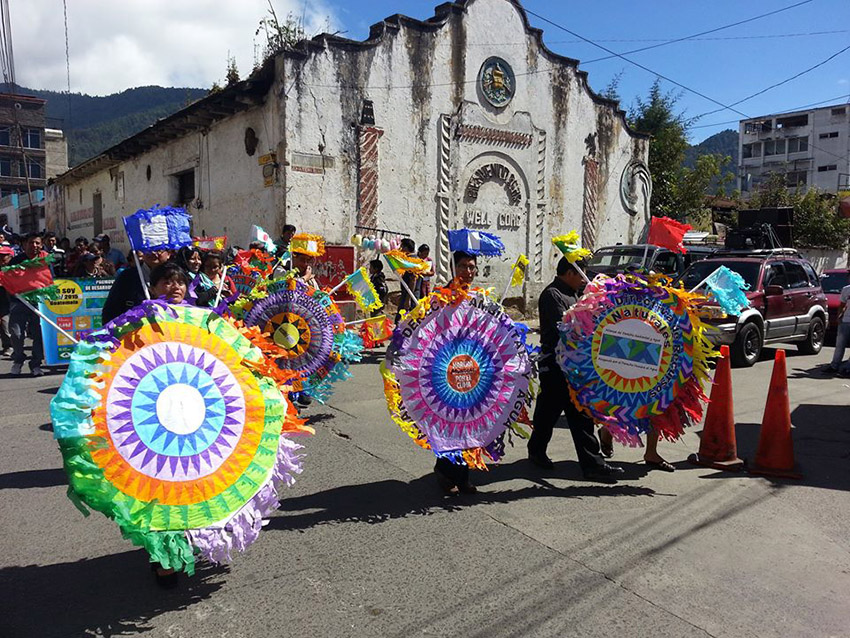 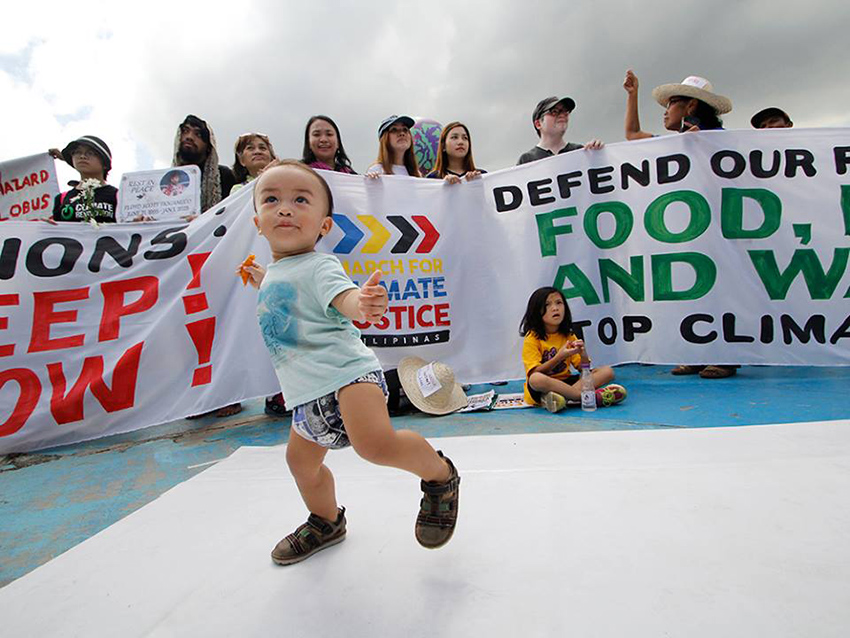 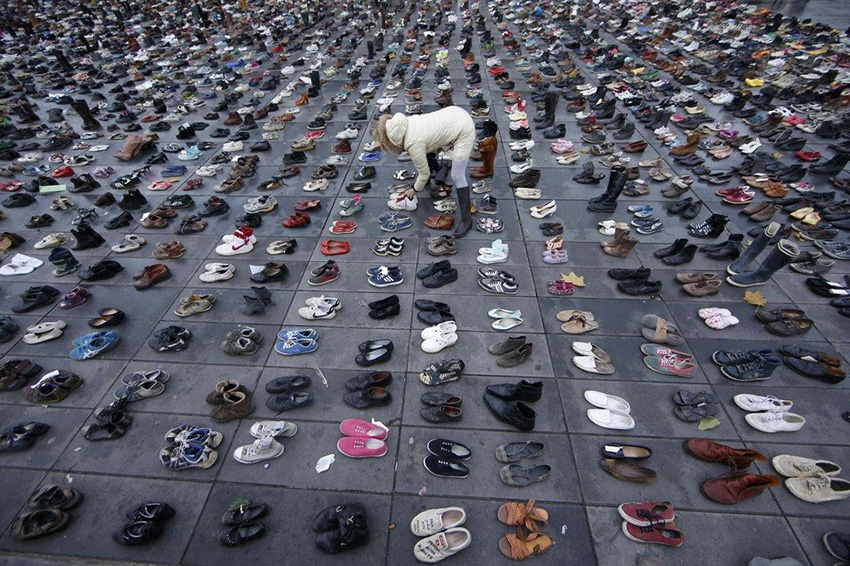 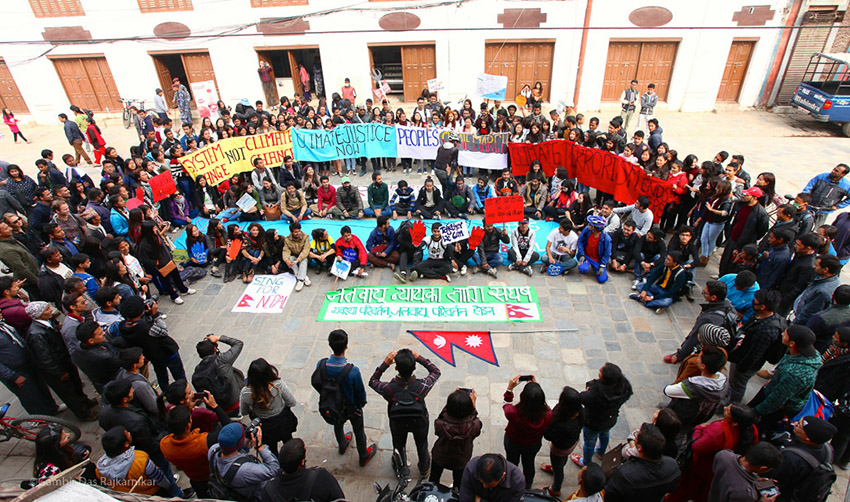 FROM HERE ON, WE'RE ALL IN!

We turned up. We spoke out. And because we did this, we now have a universal agreement to end climate pollution.

Together, we’ll keep campaigning and speaking out and standing together, day after day, year after year, to create the brighter future we know is possible.

Our campaign to stop climate damage