Led by Mirarr senior Traditional Owner Yvonne Margarula, ACF joined with other national and Northern Territory environment groups in a campaign to stop the proposed Jabiluka uranium mine

The Jabiluka campaign was a game changer in the environment movement.

It was a movement in which Australians and people from all around the world came together and stood alongside the Mirarr Traditional Owners. People from all walks of life protested together and said this is ours to look after, to care for and not destroy.

It was a cause people believed in and were ready to take action to protect this sacred country. 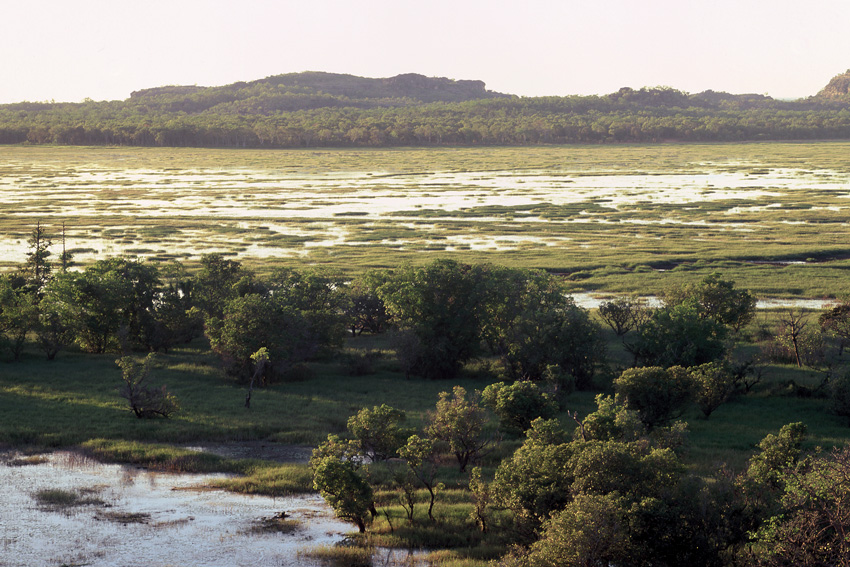 The Jabiluka uranium deposit is surrounded by the World Heritage listed Kakadu National Park– on the lands of the Mirarr people.

Drilling at the nearby Ranger Uranium mine had started in the 1970s, but with a change of government in the late 1990s there was a renewed pushed for uranium mining in Australia with a focus on the nearby Jabiluka lease.

Led by Mirarr senior Traditional Owner Yvonne Margarula, ACF joined with other national and Northern Territory environment groups in a campaign to stop the proposed Jabiluka mine. Meetings, films, exhibitions, speaking tours and protests carried the message of respect for culture, country and the future.

"They kept on pushing us on Mirarr, they wanted to dig Jabiluka. But there is a djang (sacred place) there. If they disturb it they will make it wrong. They have already made it wrong. So they closed it back down." — Yvonne Margarula, Sept 2010 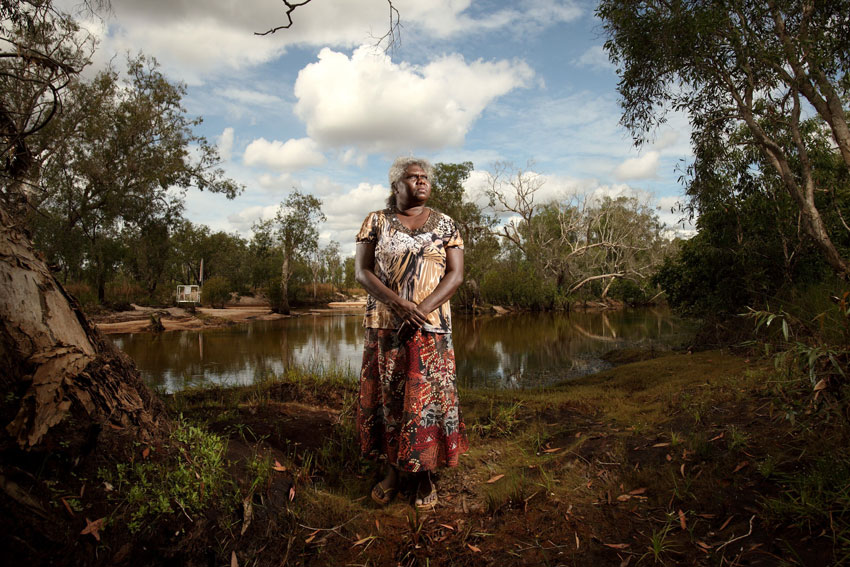 Diverse groups of people came together to support the Mirarr and the campaign grew from the local to the international. UNESCO, the European Parliament and the US Congress all became involved and in 1998 over 5000 people took part in a non-violent direct action blockade.

These powerful collective efforts saw the mining company enter into an agreement with the Mirarr that Jabiluka would not be developed without their specific consent. It took a mining company to do what the Australian government could not – acknowledge the rights of the region's Traditional Owners. 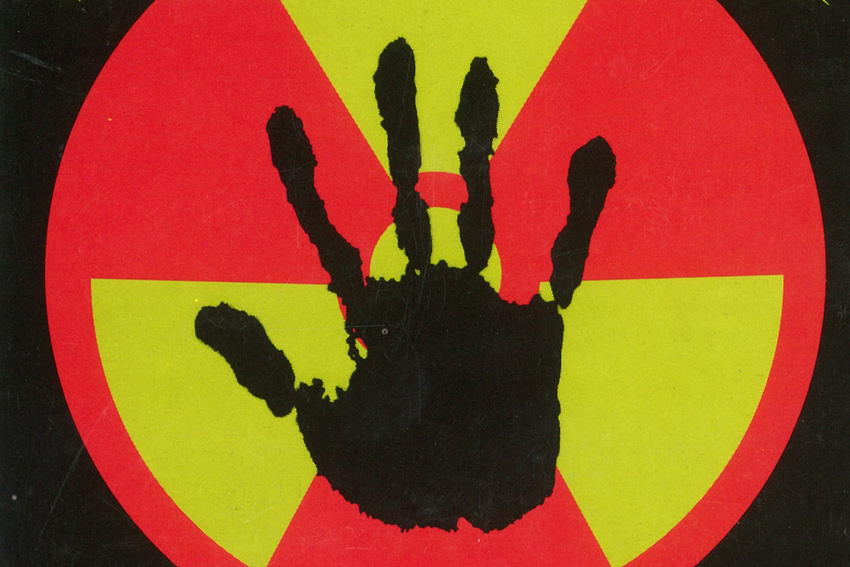 The anti-nuclear hand symbol was designed in 1996 by Kathleen McCann to support the Mirarr people's campaign against the proposed Jabiluka uranium mine. The symbol has been increasingly adopted by nuclear free movements and campaigns around the world. Credit: Avant Card.

In Feb 2013 this special area was formally included in Kakadu National Park and protected forever - a massive tribute to Jeffrey's vision and tenacity. 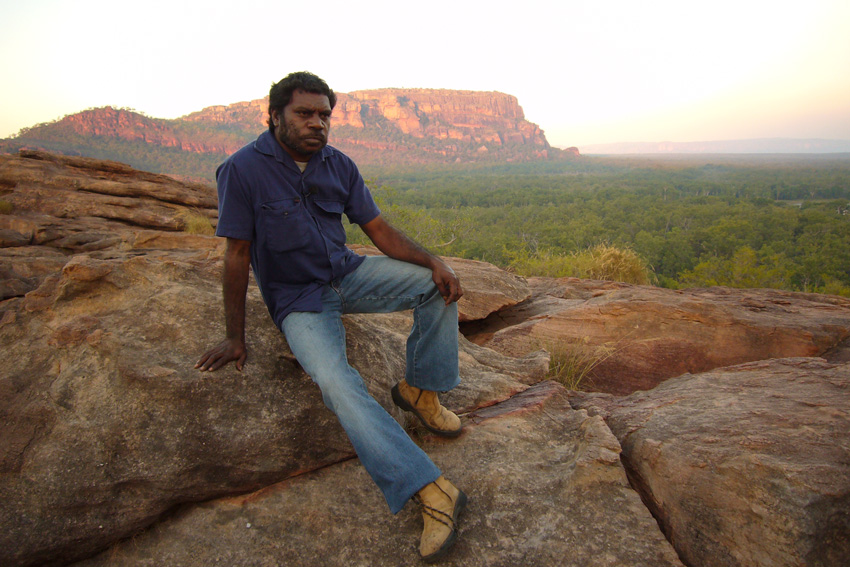 Today the work to protect Kakadu from the threat of uranium mining continues.

ACF is working with the Mirarr to ensure the rehabilitation of the Ranger mine-site and supporting them to transition to an economy which supports long-term, sustainable solutions for maintaining country and culture. 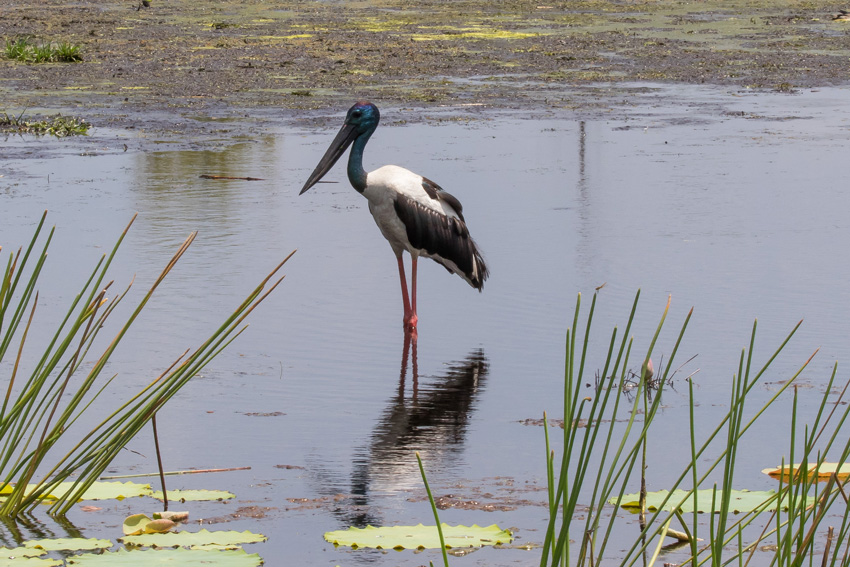