"My uncles, grandfathers... all these years they've been fighting for this land, now we got it back" - Moira Macumboy, Traditional Owner

ACF would like to warn Indigenous Australians that this information contains images of people who have since died.

It’s moments like this that remind me what’s possible when as a community we step up, speak out, and never give up.

When I first climbed the immense white sand dunes of Shelburne Bay with the Wuthathi people five years ago, I felt the enormity of the campaign we – the ACF community – were privileged to be a part of.

This part of Cape York is the last intact landscape of its kind in Australia. A rare and spectacular stretch of snow-white sand dunes, spring-fed streams, ancient rainforests and sprawling wild-flower rich heathlands. Its seas include some of the most significant turtle and dugong habitat in the Great Barrier Reef World Heritage Area. 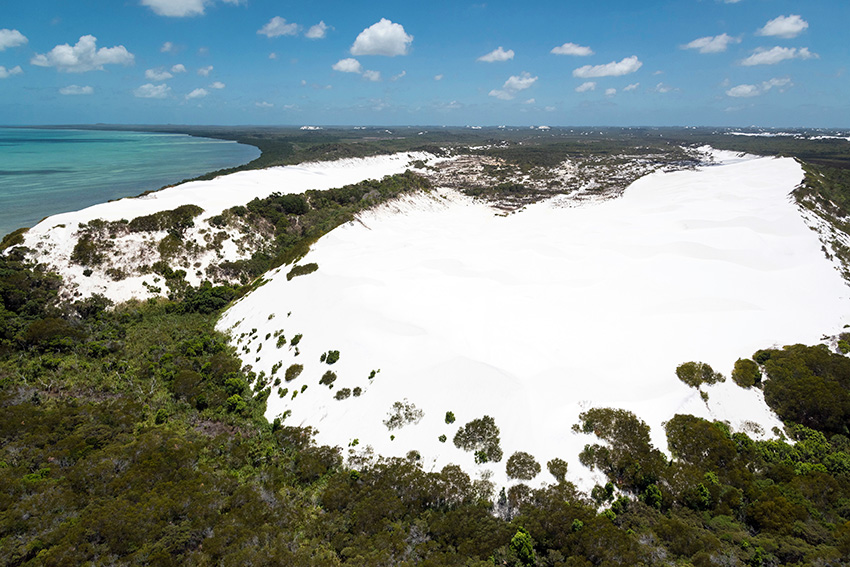 The campaign to protect this land started long before I first stepped foot on those sand dunes. For the Wuthathi, the struggle to return and protect their ancestral homelands has taken nearly 100 years. And ACF has been standing with them for 40 years.

In 1976, ACF identified Shelburne's unique values as deserving of national park protection. Since then, the ACF community has stood with the Wuthathi people, to protect Shelburne from sand mining and industrial development. And along with many others, we have stayed by their side to campaign for the return of their land to traditional ownership.

I'm lucky to have inherited a great legacy of work and respect by joining ACF that goes back decades.

“Because this country is very unspoilt, very untouched, there’s a lot of sacred sites out there, a lot of story places that the younger generation need to learn and carry on those practices” – Phil Wallis, Traditional Owner 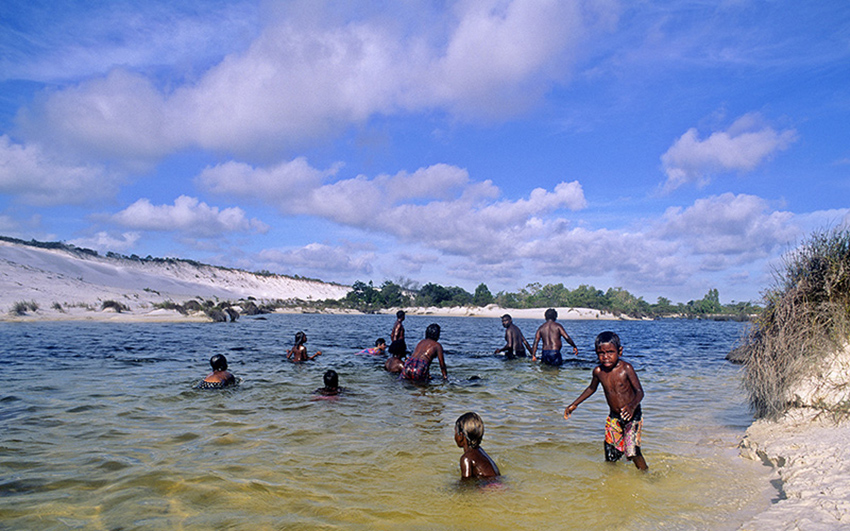 Wuthathi children cool off in a creek. Photo: Kerry Trapnell

It’s taken time, courage, and perseverance, but today at a ceremony in Lockhart River, the Queensland Government handed back this remarkable stretch of land to the Wuthathi people.

As part of the handback, 118,000 hectares have been returned to the Wuthathi including a new 37,282 hectare jointly managed national park, which they own, over most of the near-pure silica sand dunes.

“All those years…my uncles, all the grandfathers, they travelled with other Wuthathi elders to stop the mining. We had determination – that really touched me. For all these years they’ve been fighting for this land, now we got it back” – Moira Macumboy, Traditional Owner 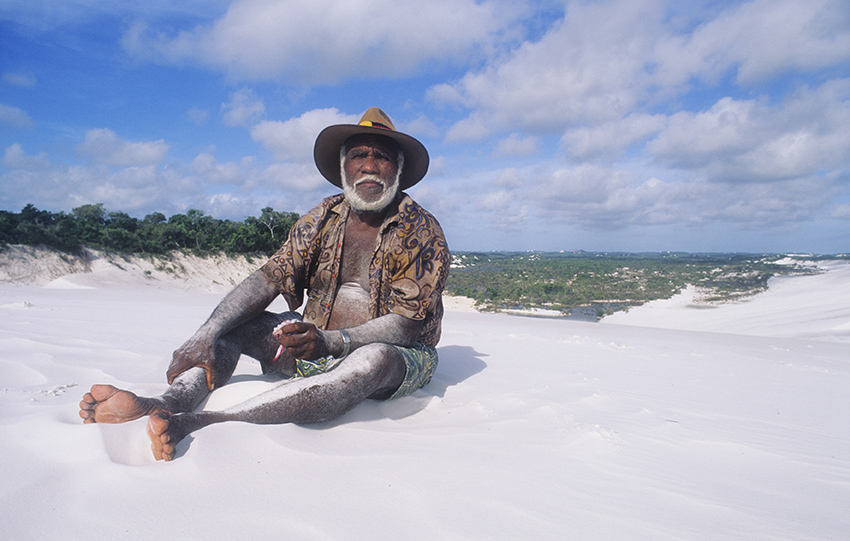 ACF acknowledges past Wuthathi elders, including Gordon Pablo (above), who worked hard for the return of their country. Photo: Kerry Trapnell

When a mining company proposed a 400,000 tonne sand mining project in 1985 - including barge and port facilities in the Great Barrier Reef - ACF Councillor and coordinator of the Wildlife Preservation Society of Queensland, Don Henry, spearheaded a legal challenge contesting the proposal. With a range of witnesses including Wuthathi elders, ACF Director Geoff Mosley, scientists and other experts, Don was successful in convincing the court that mining shouldn’t go ahead.

When the threat of mining reoccured in the early 2000’s, ACF and The Wilderness Society joined the Wuthathi to call on the then Premier, Peter Beattie, to ban mining outright at Shelburne Bay. In 2004, the Premier introduced a ban on any further prospecting, exploration and mining through Shelburne, which remains in place to this day.

All the while, ACF - along with the Wilderness Society, Balkanu and the Cape York Land Council - has played an important and collaborative role in transforming the region’s land ownership to both return country to Traditional Owners and establish new national parks with their consent. The Shelburne handback brings the total area of land returned to Traditional Owners to over 3 million hectares, with more proposed for next year. 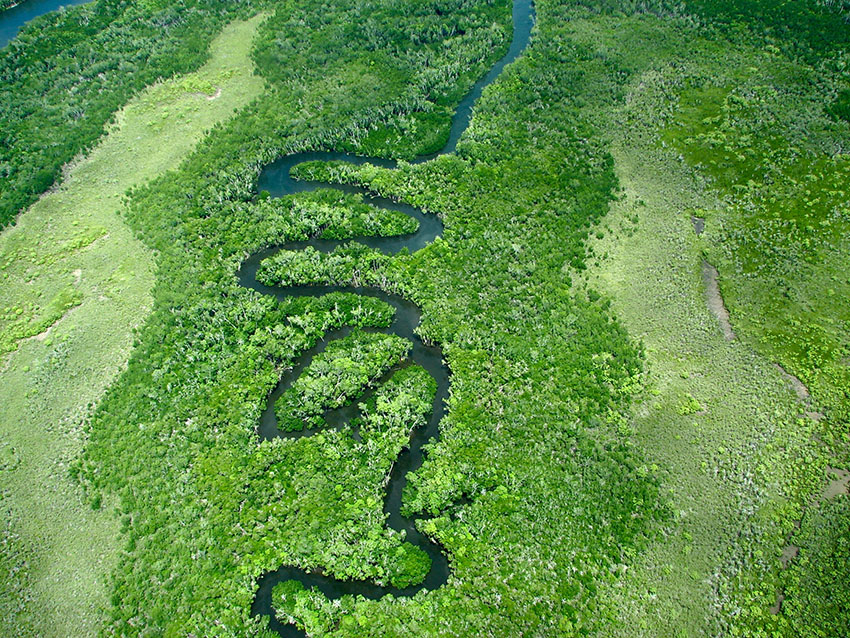 This is an historic day.

Knowing its history, and how close it has come to destruction, it is a rare privilege to play a part in this handback, to see the land returned to the Wuthathi and protection for the dune system.

From today, the Wuthathi people will no longer need to seek permission to enter their ancestral homelands. From today, they are free to return cultural practices to a landscape they are intimately connected with.

The return of Shelburne Bay to the Wuthathi people will bring new opportunities. New tourism projects, ranger positions and land management opportunities are burgeoning across Cape York as a result of similar handbacks.

Rare and threatened species, like the Spotted Cuscus and Palm Cockatoo, can continue to thrive among the tea-coloured creeks, monsoon forests and vast savannahs. Shelburne Bay will remain one of the world’s most outstanding natural and cultural landscapes. 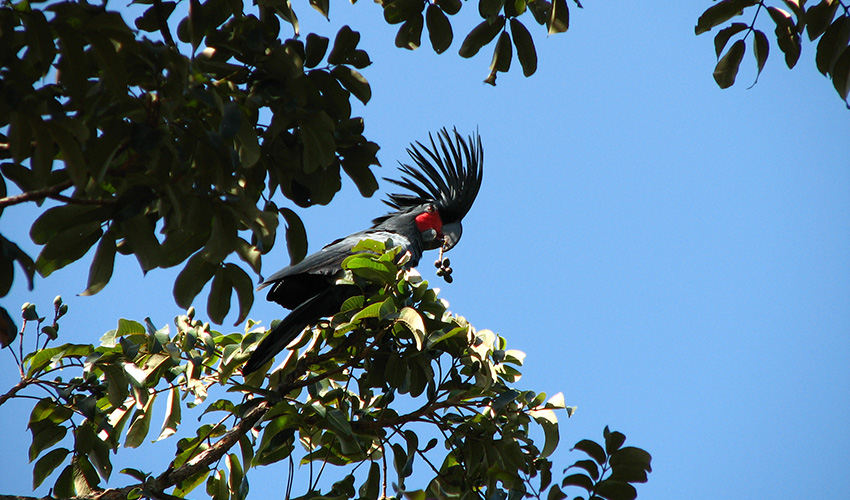 This has happened because a community of people who care came together, spoke out, and never gave up.

Together, we’ll continue to create a world where we all play our part to care for country and community for generations to come.

Change takes time. But when we work together, we can make a difference. 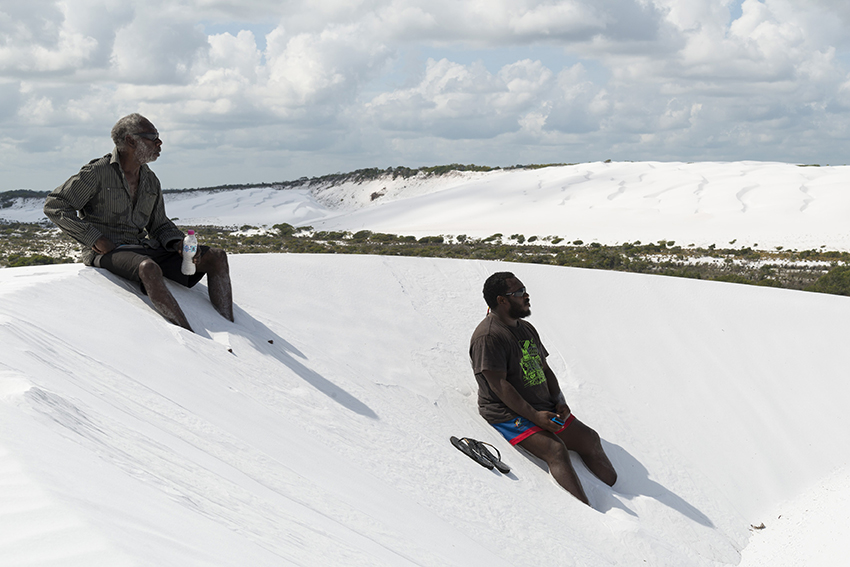 Read more coverage on this historic handback in The Guardian, The Age and ABC News