In 2019-20, we brought Australians from all walks of life together to demand a fast and fair transition from fossil fuels to clean, renewable energy.

Our climate campaign in action

This year we continued to push for federal action on climate change while increasing pressure on state governments, energy companies and businesses to lift their game.

When it comes to reducing Australia’s domestic and export carbon footprint, shifting the politics of coal and building public support for renewables, Queensland is Australia’s most important state.

Throughout 2019–20, ACF built community support to push both major parties in Queensland to adopt stronger climate and energy policies in the lead up to the October 2020 state election. We also started working at a community level in the coal region of Gladstone, to advocate for community aspirations for a low-carbon, jobs-rich future.

In our Adani work, we lodged a case in the Federal Court against the Morrison government’s assessment of Adani’s plan to pump up to 12.5 billion litres of water per year from the Suttor River to its Carmichael coal mine. The basis of our case is that the government made an error of law when it decided not to apply the ‘water trigger’ to the assessment of Adani’s water scheme.

Meanwhile, we continued to hold Adani, the coal lobby and its political allies accountable for their actions. Our freedom of information requests exposed cover-ups by the former resources minister Matt Canavan and unearthed documents Adani tried to hide about its failure to protect the Black-Throated Finch.

More broadly, we developed strategies to identify and engage key non-traditional ACF audiences in Australia. As part of this strategy we released three reports with Monash University coinciding with the Boxing Day Test, the Australian Open and Tour Down Under. These reports show the effect of climate change on sportspeople and fans from the grassroots to elite level, and they gained extensive national and international media coverage.

We also attended the COP25 international climate negotiations in Madrid to hold the Morrison government’s poor climate policies to account on the international stage and to form closer ties with climate campaigners in major importing nations of Australian coal and gas, such as Japan, India and South Korea.

Our nuclear-free campaign in action

In our work to ensure a fair transition away from uranium mining, ACF worked with local environmentalists and affected communities in Western Australia and the Northern Territory to ensure mining projects remain stalled and former sites rehabilitated. The 2019 ACF Peter Rawlinson Conservation Award reflected this work by acknowledging the efforts of three Tjiwarl women to oppose the Yeelirrie project in WA. 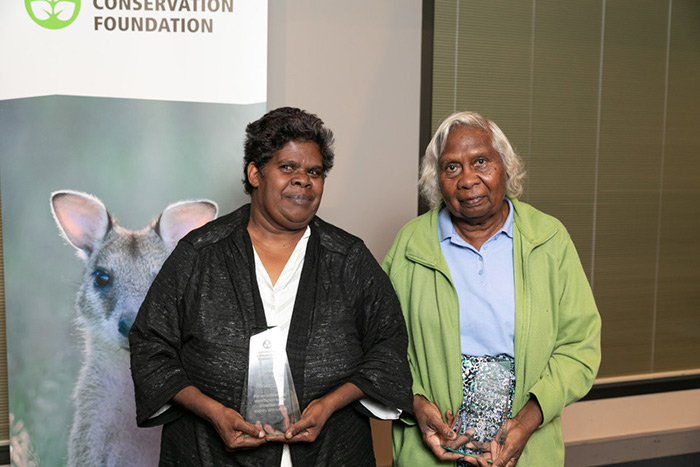 In the fight against radioactive waste, ACF actively promoted responsible waste management principles and advocated for a new and evidence-based approach to this complex issue. We worked with communities to oppose unnecessary federal disposal and storage plans in regional South Australia. In December, community concern led the federal government to drop plans for a facility in the Flinders Ranges. We have since been working with people in Kimba on the Eyre Peninsula.

At federal and state inquiries into nuclear power, ACF presented a clean energy vision and achieved significant media commentary. We worked to retain nuclear prohibitions and dedicated scrutiny of the uranium sector in the EPBC Act though the current statutory review process internationally.

We continued our close cooperation with the International Campaign to Abolish Nuclear Weapons to advance the Entry into Force of the UN nuclear weapons ban. We also participated in the No Nukes Asia forum in Taiwan and were involved as a guest educator on a regional tour of the Japanese based Peace Boat initiative.