Thousands of people from across the globe took to social to speak out against Siemens' decision to proceed with work on Adani's climate-wrecking mine as bushfires devastate Australia.

Such was the extent of the action taken, #SiemensFuelsFires started trending on Twitter in Australia. A clear reminder that most Australians firmly oppose the building of Adani's coal mine.

The action continued offline, too, as student strikers in Germany organised snap rallies outside Siemens' German offices, protesting their decision and supporting the Stop Adani movement. 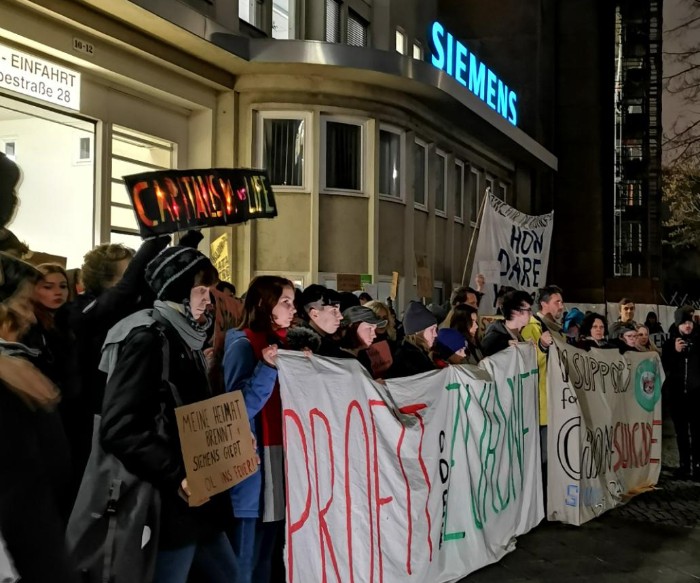 Siemens' disgraceful decision came despite weeks of incredible community-led pressure in Australia, Germany and wider. The ACF Community funded billboards that appeared outside Siemens offices, sent thousands of emails and called the company out on social media. 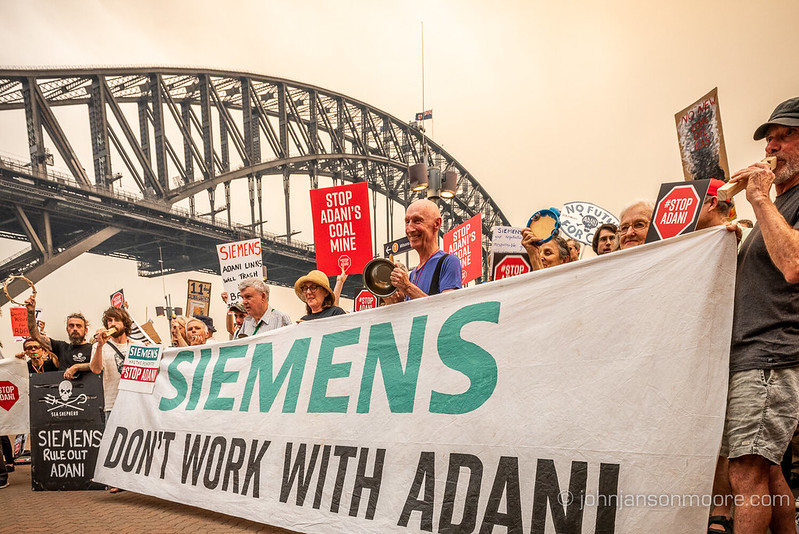 People march in Sydney, appealing for Siemens to rule out working with Adani

The movement succeeded in creating enormous pressure and forcing global Siemens CEO Joe Kaeser to call an extraordinary meeting for the company to review their decision to collaborate with Adani.

However, Siemens showed its true colours with its ultimate decision to partner with Adani – helping to open the Galilee Basin to one of the largest expansions of thermal coal mining on the planet.

Burning coal is fueling climate damage. The unfolding bushfire crisis is a terrifying foreshadowing of our future if corporations keep digging up and burning more coal.

Siemens has demonstrated that it is no better than the fossil fuel corporations it partners with.

Regardless of Siemens' decision, the Stop Adani movement has been incredibly successful in getting more than 60 companies to rule out working with Adani on its giant coal mine.

It's also now clear to all companies – Australian or global – that working with Adani comes with serious brand backlash and being held accountable by a strong, large movement of people who speak out for people and planet.

Companies must put people and planet first and not engage in climate or nature-wrecking projects like Adani's giant coal expansion.