How a town once destined to be demolished has developed a bold vision for a post-mining economy.

Forty years ago, the Ranger uranium mine opened in the Northern Territory. Surrounded by Kakadu National Park, the mine triggered decades of industrial activity in a region recognised on UNESCO’s World Heritage list for its outstanding natural and cultural importance.

The Mirarr people have lived in this region forever and uranium mining has never been welcome on their country. Before the mine opened, the Australian Government overruled the clear opposition of Mirarr Senior Traditional Owner Toby Gangale and passed laws giving a green light for uranium mining to go ahead.

But the Mirarr are resilient and this didn’t stop them speaking out when further threats to their country and culture from mining emerged. 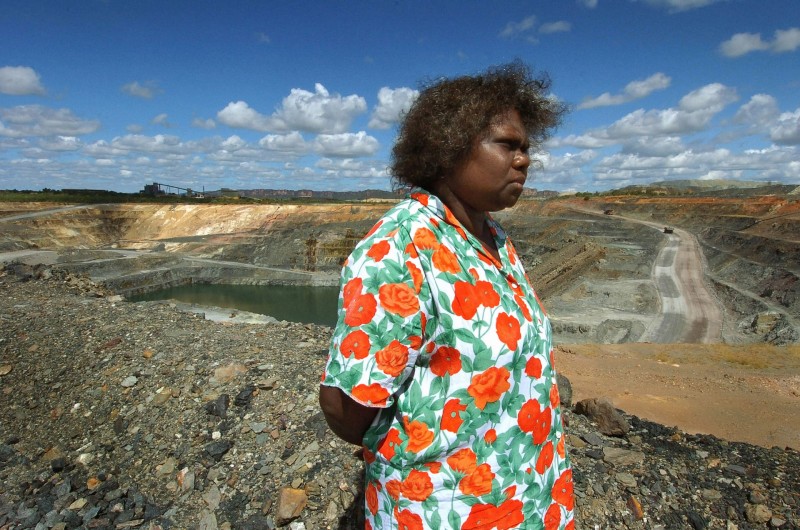 A proud history of resistance

In the late 1990s, Energy Resources Australia (ERA) attempted to develop a second uranium mine on Mirarr country at Jabiluka, also surrounded by Kakadu National Park. Mirarr leader Yvonne Margarula, who knew first-hand the negative impact of unwanted mining from her father Toby’s bitter experience at Ranger, spearheaded a major campaign against the proposal. ACF joined with environment and civil society groups to amplify these concerns.

The Jabiluka campaign involved tens of thousands of people from across Australia and around the world. It inspired urban protests, dedicated corporate campaigning, legal challenges, vigils, speaking tours and a nine-month on-country blockade that involved more than 5,000 people. These combined efforts finally stopped the Jabiluka mine.

Meanwhile, Ranger continued ripping up and shipping out uranium, leaking and leaching wastes and contaminants in the process. In 2005, Yvonne Margarula told a federal inquiry about the impacts of uranium mining. Her view was damning.

“Uranium mining has completely upturned our lives,” she said. “[It] has also taken our country away from us and destroyed it.” Summing up her experience, Yvonne reflected that “none of the promises last, but the problems always do.” 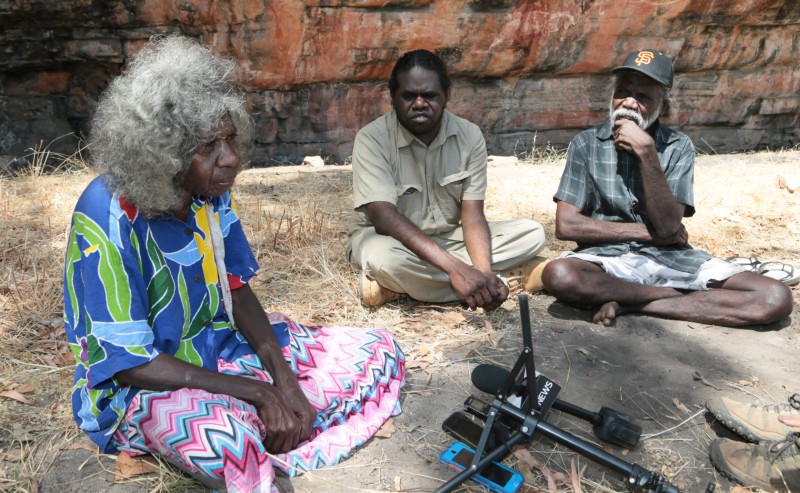 Through their joint work resisting Jabiluka, both the Gundjeihmi Aboriginal Corporation (GAC) — representing the Mirarr — and ACF recognised it would not be enough to simply oppose mining. This understanding was the rationale behind the Kakadu Charter — a shared and positive vision for a post-mining future that was signed by leaders of both organisations in November 2000. The Charter looked to the transition that is now underway on Mirarr country. This is a real and exciting chance for the Mirarr to shape their country and future and a model for other communities looking to transition their regions.

We hope Jabiru will be recognised around the world as a significant cultural hub, a place where learning about living culture is accessible in a meaningful way.

Today, Ranger is in its final stages with all mining and processing scheduled to cease in January 2021. But planning for the future of the region is well underway. The town of Jabiru was built to service the Ranger mine and in the intervening decades has become an important regional centre. There was a very real concern Ranger’s closure might also mean the closure of Jabiru. Instead, the Mirarr have taken a leadership role and developed a bold vision for the future of Jabiru and the local region.

This initiative, supported by all levels of government as well as the mining company, lays out a vibrant post-mining regional economy. 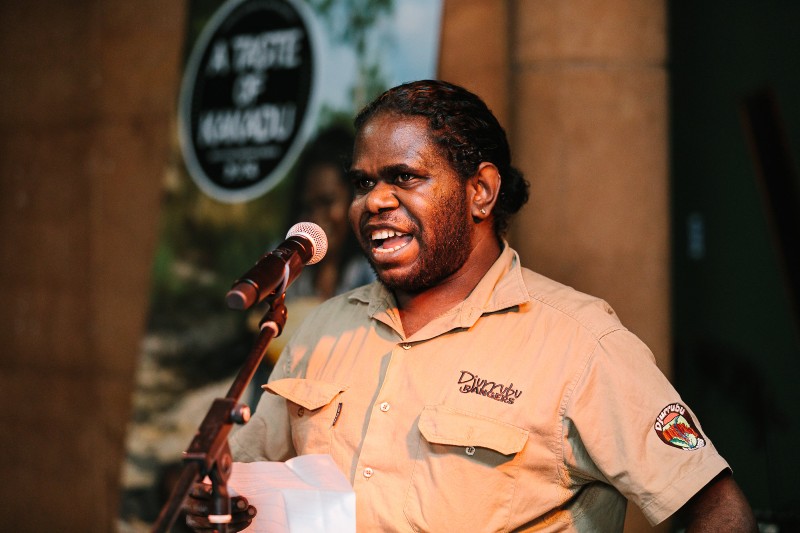 Mirarr Traditional Owner Simon Mudjandi lives with family on an out-station within Kakadu and works as a Djurrubu Ranger for GAC, caring for his traditional land. The next phase of Jabiru and the region is something he feels proud and excited about. He says he and other Mirarr “look forward to welcoming people to Jabiru and Kakadu to learn about our country and culture.

“As the town changes, we hope Jabiru will be recognised around the world as a significant cultural hub, a place where learning about living culture is accessible in a meaningful way.” 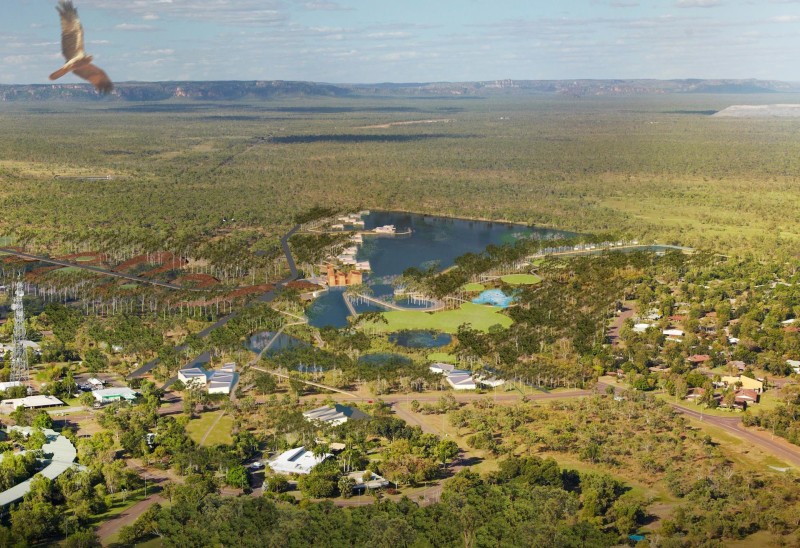 A former bakery is now cooking up a different feast as the new home of the growing Marrawuddi Arts. This expanded community arts centre will have space for artists to work on site and interact with travellers and tourists to generate pride, two-way understanding and income.

Jabiru used to be dominated by big utes and high-vis, and this will continue to play a role with extensive rehabilitation works required for years. But increasingly the region is the home of big ideas and its visibility is growing as more people in Australia and around the world switch into the story of a people and place moving from resistance to renewal. 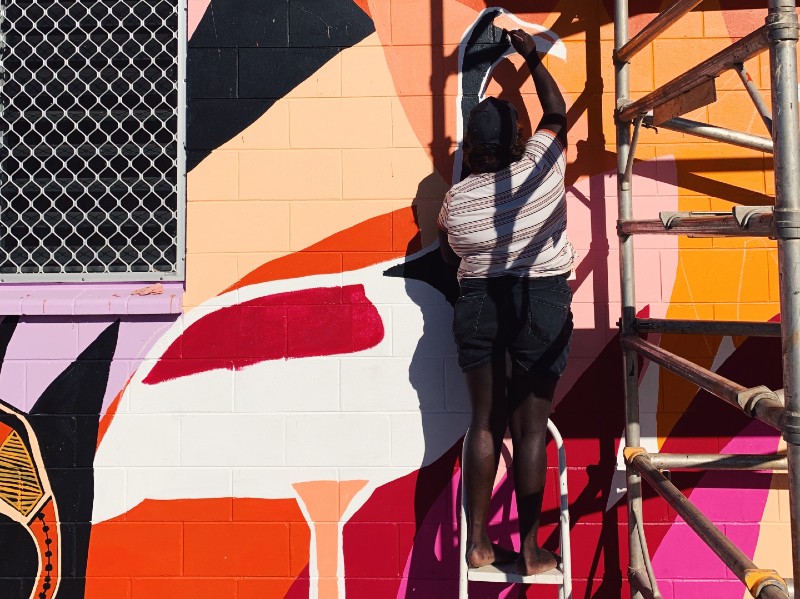 GAC Chair Valerie Balmoore speaks of a Mirarr vision that braids past and future.

“Bininj people have lived here for over 65,000 years and there is a lot the world can learn about sustainable living from that history,” she said.

“Jabiru will be a place where we can explore new partnerships for sustainability. Mirarr will always be here to look after this country, we are happy to be working with the government to make sure Jabiru is a great town for everyone.” 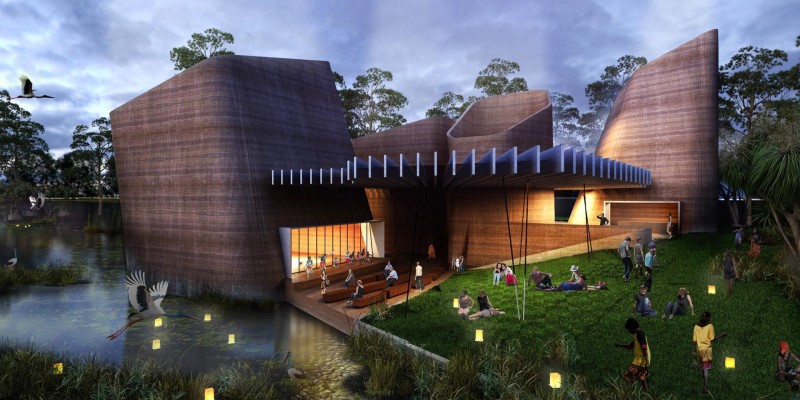 The era of imposed and polluting uranium mining in Kakadu is over and this day has been sped by the actions of people. As we work to build a more sustainable and equitable future these stories help us chart a course. The Mirarr are superior navigators and ACF, as we have been for years, is proud to be on board.

This content has been published by an agreement between ACF and Gundjeihmi Aboriginal Corporation. Further use of this material may infringe that agreement and the rights of the Mirarr people. Please do not reproduce this content without the permission of ACF.