On 28 January 2021 the federal Environment Minister publicly released the final report from the independent review of the Environment Protection and Biodiversity Conservation (EPBC) Act – our national environment laws.

This is a once-in-a-decade review of our national environment laws – the laws that are meant to protect the air we breathe, the water we drink and the wildlife we love.

The Minister for the Environment, Sussan Ley, appointed Professor Graeme Samuel AC as the independent reviewer, a process which has now concluded with the public release of the final report.

Professor Samuel’s report issues an unambiguous warning to the government that Australia is on an unsustainable trajectory that will only lead to the continuing decline of our natural environment.

For many Australians this report is not a surprise. We see environmental damage to some of our most internationally recognisable places like Kosciuszko National Park and the Great Barrier Reef, along with the concerning decline of wildlife – unique creatures like the koala, cassowary and the platypus are under threat from habitat loss and climate change.

You can read the full report here.

But as it’s over 100 pages long I wanted to share some of the key messages with you:

The report is comprehensive and – if the government implements the recommendations to make the laws actually protect nature – it is a significant start towards addressing Australia’s extinction crisis.

The quality and strength of the final report is a testament to the 30,000 people who contributed submissions to the review, showing just how many of us care about our environment.

The final report contains 38 recommendations, including:

While we would prefer to see a fully independent regulatory body sitting outside the Department, the two new agencies proposed in the final report would still be a leap forward for environmental protection.

However, handing over approval powers to states and territory governments is a risky proposition. History would suggest handing over approval powers will deliver poor environmental outcomes and the continued decline of our wildlife. We’ve seen comparable systems – like the Regional Forest Agreements – fail to protect threatened species like the Leadbeater’s possum. A report by the Environmental Defenders Office showed that state and territory laws contained no more than two of the full suite of the EPBC Act's 13 elements – elements intended to protect matters of national environmental significance.

State governments often have closer ties and pressures from project proposals within their borders, potentially allowing vested interests to wield greater influence over approvals. Wildlife and ecosystems don't adhere to state or territory borders. It will be difficult to avoid the continued "death by a thousand cuts" for critical habitats or threatened species without strong national oversight. The recovery of our iconic wildlife and communities from the black summer fires is an example of where a national approach is critical and cannot be bounded by our arbitrary borders and jurisdictional barriers.

Professor Samuel outlines a set of interconnected reforms that must be in place prior to approval powers being devolved. These include: binding strong national standards, independent oversight in the form of an Assurance Commissioner and Office of Compliance, and accountability frameworks. He has proposed a clear pathway for state and territory governments to be accredited to make federal environmental approvals that would ensure community trust and public accountability.

A few other points of interest from the final report

What was the government's response to the final report?

Professor Samuel has provided the federal government with this comprehensive report following a wide-ranging consultation with thousands of Australians. We now look to the government for action to turn around the rapid decline of Australia’s natural environment.

The government’s response so far has been vague and non-committal. Environment Minister Sussan Ley did acknowledge Professor Samuel’s recommendations as a ‘sensible and staged process of change’ and noted the government intends to propose a set of national environmental standards.

However so far the only piece of legislation the Government has put forward is their Environment Protection and Biodiversity Conservation Amendment (Streamlining Environmental Approvals) Bill 2020.

The Bill was introduced in August 2020 with the purpose of facilitating the hand over of approval powers to state and territory governments. It contains none of the safeguards recommended by Professor Samuel and is in direct contradiction with his explicit warning to "avoid the temptation to cherry pick from a highly interconnected suite of recommendations."

The ball is in the government’s court. There is widespread public interest in the review of the EPBC Act evidenced by over 30,000 submissions received by the review panel. Many of these submissions came from those wanting to see national environmental law reform that will actually deliver environmental outcomes rather than environmental failures.

In an introduction to the final report, Professor Samuel says "To shy away from the fundamental reforms recommended by this Review is to accept the continued decline of our iconic places and the extinction of our most threatened plants, animals and ecosystems."

One thing is certain: we need Professor Samuel’s suite of interconnected recommendations. We need strong legally enforceable standards and independent oversight to be in place before there are any moves to hand over Commonwealth environmental decision-making to states and territories, if at all.

What are the next steps?

What you can do 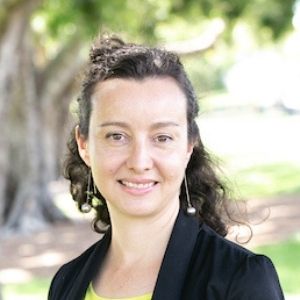