Nature is everything. It provides us with all that we depend on - the places where we live, the air we breathe, the water we drink, and the food we eat.

But what happens to the ways we produce and consume food when nature is being destroyed and the planet is experiencing a climate crisis? Can we adapt the ways and amount of land we use to grow food, slash harmful emissions and start restoring nature to better health than it’s in today?

These are big questions, but as a food producing nation and one of the most biodiverse countries on Earth, they are critical for Australia to consider.

Since the arrival of Europeans, no activity has changed the Australian landscape as much as agriculture. Over half the land on the Australian continent has been converted for farming, and the bulk of that—around 87%—is used for grazing cattle. This is not without consequence. Agriculture is the single biggest driver of habitat destruction in Australia, and habitat destruction impacts more threatened species than any other pressure. In 2018-2019, more than 680,000 hectares of woody vegetation were cleared in Queensland alone, mainly for livestock grazing.

Not only is agriculture the primary reason for ongoing deforestation and land clearing, but the sector also contributes nearly 15% of all Australia’s greenhouse gas emissions.

Not good news. But we’ve all got to eat right? Right.

Like everything, sustainable food production relies on healthy nature and a healthy climate. To continue as a viable sector, agriculture has an existential and financial imperative to adapt its operations to a changing climate, slash its own emissions and do its part to halt and reverse the declining health of Australia’s forests, rivers, reefs and wetlands.
Australia produces food for the 26 million people who live here and exports around 70% of everything we grow to other countries. International demand for produce like our fruit, nuts, rice, beef, wheat and sugar has the CSIRO predicting that Australia’s food and agribusiness sector could be worth a whopping $250 billion by the year 2030.

But Australia’s food security and the future growth of our food and agribusiness sector are at risk because of climate change.

1. Starting at the beginning, farmers require inputs to produce the food we all rely on. One of the most important inputs is water.

In fact, some important food-producing regions are getting even drier. Over the last 20 years, average in-flows of water into the Murray River have reduced by about 40% compared to the period up until the year 2000. With climate change studies predicting the Murray Darling Basin is likely to become even drier in the future, and with food production in the area increasing, a greater proportion of Australia’s fruit and veg is at risk of being exposed to the devastating impacts of drought.

For farmers, the consequences of more severe and frequent drought conditions include loss of production and income. This in turn can also mean higher food prices for consumers and billions in taxpayer-funded drought relief payments.

As the country’s population grows and climate change-induced drought conditions continue to bite, Australian agriculture is going to have to produce more food with overall less water. And if we are to save our big backyard, water must be returned to rivers and wetlands that provide homes and nurseries for Australia’s incredible variety of fish, frogs, turtles, birds and insects.

One thing we can all do to adapt our diets to a changing and overall drier climate is to choose foods that require less water to produce. Plant-based products are generally less thirsty than animal products and avoiding or reducing beef consumption is the quickest way to a more water-efficient and climate-friendlier diet.

Importantly, dietary changes like eating less red meat have their best chance of making a difference at scale when combined with reductions in food waste. Each year, Australia wastes 7.6 million tonnes of food across supply and consumption. This means about a quarter of all water used in agriculture is used to grow food that isn’t eaten.

Throwing just one burger in the bin is the equivalent of wasting 90-minutes’ worth of shower water.

2. Travelling along the supply chain we arrive at its most important link; production.

The Black Summer bushfires of 2019-2020 not only directly damaged farms, but they also caused around 100,000 livestock deaths, the loss of about $2 billion worth of food production and negatively impacted on the health and wellbeing of countless farmers and other food workers. Overall, it is estimated that the Black Summer bushfires caused at least $4-5 billion of losses to Australia’s food system.

As if extreme weather events aren’t enough of a hit, farmers are also dealing with other climate-related impacts on food production. With rising temperatures, some dairy farmers are having to relocate to cooler areas with more reliable rainfall. Fruit farmers in places like the Goulburn Valley are seeing a reduction in chilling hours required to develop fruitful buds for crops like apples and stone fruits. And climate change is a major factor in the changing distribution of pests like the Queensland fruit fly which is shifting southwards and into new areas.

Many farmers are taking matters into their own hands undertaking activities like achieving carbon neutrality in their operations and adopting regenerative agriculture principles and practices. This approach seeks to sequester carbon and rehabilitate ecosystems. The thinking behind it is simple; resources used in farming (like soil and water) should be improved through agriculture, not destroyed or depleted.

Approaches like regenerative agriculture are seen by its proponents as worth pursuing not only for the sake of restoring nature to health, but as a commercial imperative for the future of our food systems.

3. Once food has left the farm gate, even the way it is stored and transported to consumers can be affected by climate change.

In January 2022 for example, a flood emergency was declared in South Australia. Some key road and rail links were cut off by water, putting more strain on Australia’s food supply chain that was already feeling the stress of labour shortages associated with the Covid-19 pandemic. As a result, many towns in central and northern Australia experienced food shortages, and food had to travel across the border to neighbouring Western Australia by ship—a mode of transport that had not been used for this purpose since the 1950s.

Fast forward to October 2022, and the Australian public is being warned again of shortages in some food items due to yet more flooding in the country’s southeast.

As these extreme weather conditions continue to become more frequent, Australia’s food supply is at greater risk of being stopped in its tracks—literally.

Rising sea levels may also threaten transport hubs, preventing food from being moved both within and outside of Australia.

For this reason, many and shorter supply chains, rather than fewer and longer supply chains are needed to build resilience into Australia’s food system and spread the growing risk of disruption.

Grocery shoppers can support these shorter supply chains and producers by, where possible, buying local or even growing some of their own food. Without the need for long freight journeys, buying local also has the added bonus of far fewer emissions generated by transport.

4. Finally, the place where most of us will experience the impacts of climate change on the food supply chain is at the supermarket.

Experts agree that Australians will increasingly have to stop expecting that every food product will always be always available. Variety, quantity and, over the longer-term, even the quality of what we buy is likely to be reduced.

Researchers from the Harvard School of Public Health modelled what happens to staple foods like wheat, corn, rice and soy when they are exposed to levels of CO2 that are predicted by 2050. They found these foods lose some nutritional value – as much as 10% of their zinc and 8% of their protein content. While these don’t sound like huge amounts, more vulnerable people who have limited food choices and rely on a smaller number of basic carbohydrates could be at risk of diminished nutrition.

In fact, this is the prevailing theme of the climate crisis—the most vulnerable are set to suffer the most. When it comes to food, scarcity-driven cost increases will most impact those who have the least. Successive crop failures and frequent extreme weather events could result in more people leaving rural communities, and the changed distribution of native plants and animals that provide traditional food sources to many different Aboriginal and Torres Strait Islander peoples could increasingly impact on food security and cultural connections.

There is no doubt that Australia and the world need to find ways to meet the nutritional needs of an increasing human population, ensure the most vulnerable people do not go hungry and do so in ways that also return nature to health.

The immense challenges posed by climate change require even more radical changes to our food system than those that occurred during the industrial and agricultural revolutions, and have even led Australia’s top security experts to pen an open letter to the country’s leaders citing climate change as “the greatest threat to the future and security of Australians”.
Heading this warning, we must urgently phase out coal and power Australia with 100% renewable energy. We must also make business, including agriculture, a force for good, and support farmers who are acting to reverse nature’s decline and restore ecosystems to better health than they are currently in.

Food can be produced in ways that don’t destroy nature and the climate, and all of us—consumers, farmers, governments and business—have a role to play in powering Australia’s agricultural transition towards a climate resilient, just and secure food system. And we can do this all while halting the destruction of nature, recovering species and returning ecosystems to health. In fact, the two go hand in hand.

Photo: Carl and Andrew Young in the field on their farm, Redgold near Mildura. Credit: David Sickerdick 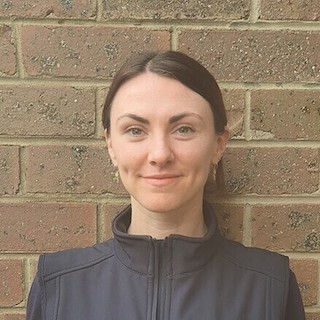