In 2019-20, we kept the spotlight on environment law reform and activated more people to connect, protect and restore nature.

Our campaign in action

This year, we invested much of our energy in Australia’s broken national environment laws for the 10-year independent review of the Environment Protection and Biodiversity Conservation (EPBC) Act.

We coordinated more than 200 leading Australian conservation scientists to sign our open letter calling on the federal government to fix the laws. And we generated media and parliamentary questions around dodgy approvals.

We engaged proactively with the EPBC reviewer, Professor Graeme Samuel, and provided a comprehensive 123-page submission to the EPBC Act Review. ACF supporters made hundreds of unique comments and submissions.

In February, we attended the UN Convention on Biological Diversity negotiations in Rome. As the only Australia-focused environment organisation there, we successfully pressured the Australian delegation to adopt more constructive and ambitious positions, and to work with global allies to shape the negotiations text.

In March, we launched our Connect, Protect, Restore campaign, working closely with global experts to translate Australians' love of nature into advocacy and a growing movement. Our goal is to activate new and politically diverse people to care for nature locally and, over time, join the dots between these local actions and the necessary environmental reforms. 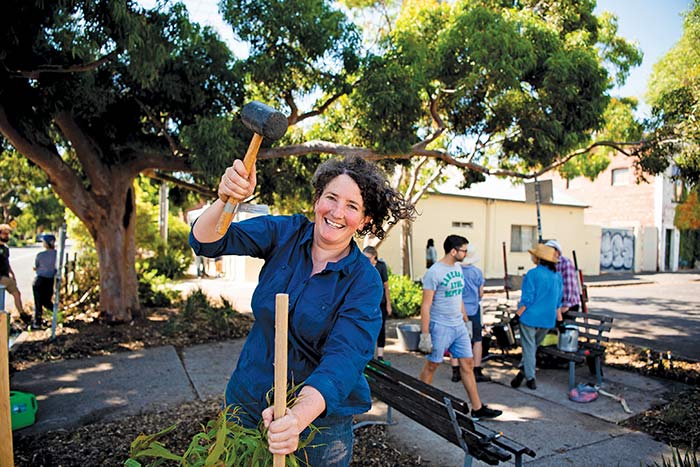 As part of the campaign, we piloted a new tactic with ACF Community groups called Nature for Neighbourhoods. Many organised a range of actions to restore nature locally, like revegetating a disused quarry and regenerating bushfire-ravaged urban bushland.

When COVID-19 disrupted these plans we rapidly pivoted to digital actions, like the #NatureNearYou citizen science challenge. More than 2,350 people took up the challenge to record sightings of plants and animals in their local area.

Finally, ACF’s investigations team exposed illegal habitat destruction and made sure the government stopped it, protecting species like the Greater Gilder.