On Friday Labor announced their climate policy. Now the dust has settled, the details are clear and this is what it would mean if Labor were to form our next federal government:

Australia would be brought back into the global pack for responsible climate action.

82% of our electricity – for our homes, transport and industry – would be from renewables by the end of this decade.

The electricity grid would be upgraded with new renewable energy highways delivering power to communities, speeding up the transition away from coal and gas-fired power.

More people, including low-income households and renters, will be able to access the benefits of rooftop solar thanks to the creation of community ‘solar banks’ that will make solar power more accessible for more people.

Labor’s plan would install community batteries to maximise the benefits of solar panels. Re-empower the Climate Change Authority to provide expert, impartial, science-based advice to government. Give teeth to the safeguard mechanism that keeps our biggest polluters’ emissions in check. And create thousands of future-proof jobs, mostly in regional Australia.

The plan is more detailed and more ambitious than the Morrison Government’s. But it still falls well short of averting the worst impacts of climate change.

Labor’s 43% emissions reduction by 2030 target does not go far enough. With the ACT, New South Wales, South Australia, Tasmania and Victoria all committing to halve or more than halve pollution this decade – whoever our next federal government is has an incredible opportunity to go so much further.

Where to next for climate action in Australia?

So here is where we are: Both major parties have laid down their climate plans. The best chance we have at shifting them on the road to the federal election and securing a safe climate is people power.

Together, we must build our movement to become broader and bigger than ever before, to unite and harness the power of the majority of Australians who want our governments to act with courage and vision.

That’s why with our partners in Together We Can, we're working to inspire people from all walks of life – from all over the country, of all political persuasions – to share why and how they want our government to step up.

It takes just two minutes to share your climate story and add your voice to Together We Can. Add your voice now, and help spread the word with your friends and family!

Together we’re amassing a huge collection of stories from all over the country that will surround decision makers with a united call for action.

Share Together We Can now on Facebook, by email, or in conversations with your friends and family. Let’s bring new people into our movement like never before!

And let’s keep signing petitions. Writing to MPs and Senators. Attending school strikes. Distributing Climate Action Now signs. Donating to our Climate Action Now Fund. Organising in our communities. Talking to the people in our lives about the importance of climate action.

It is up to us to fight for stronger climate action in these next few crucial months in the lead-up to the election.

We’ll keep pushing the Coalition and Labor to strengthen their climate plans until polling day and beyond, and we’ll be calling on you to join in. 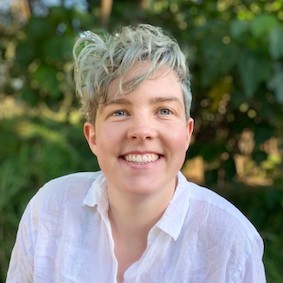