Like a lot of Gladstone kids, Jaclyn McCosker grew up on the ocean. But rising tides, dwindling sea turtle numbers, and a lack of community-centred solutions urged her to become a uniting voice in the clean energy conversation.

When she wasn’t snorkelling inshore of the Great Barrier Reef, Jaclyn would hand-rear native wildlife and work in close contact with baby wallabies, echidnas, sugar gliders and other iconic Australian animals.

“Growing up, I had this direct connection to Central Queensland’s land and wildlife and our natural wonder of the world. I value that connection more as I get older, because I didn't realise how special it was when I was a kid,” says Jaclyn. 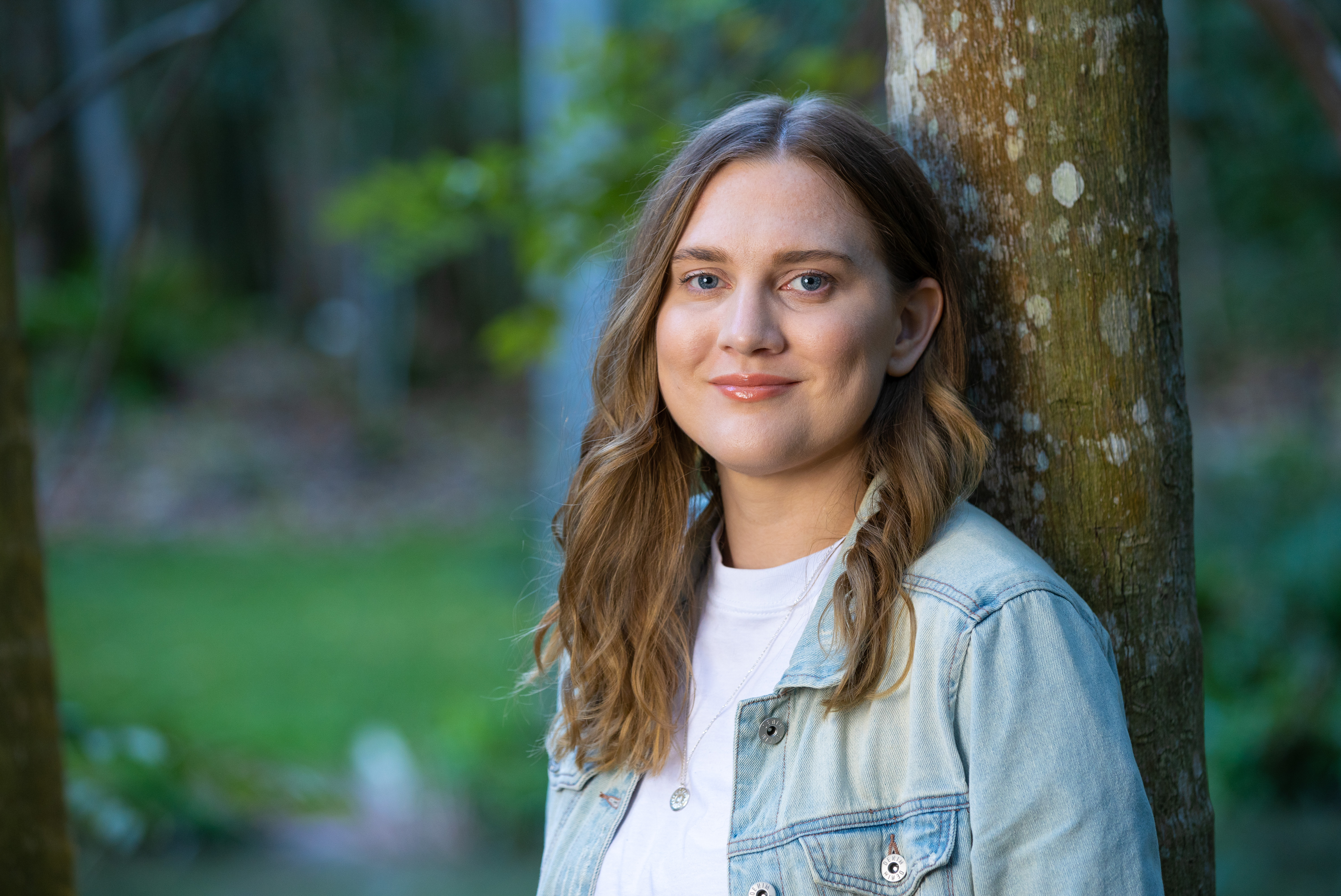 Becoming an ACF Climate and Energy Campaigner for Gladstone (Gureng Gureng/Bayali land) has allowed Jaclyn to deepen her ties to her home and her community. Her first-hand connections to the people and the ecosystems that make up Gladstone give her a unique insight into how locals feel and what they value.

“We have this interesting challenge, where the things that we love about the region are being threatened by the jobs in the region that sustain us,” she explains.

Discussions around clean energy in the region have been ramping up in recent years.

Gladstone is well-suited for solar farms that can be connected to nearby electrical transmission grids, plus a large port, transport infrastructure, and its coastal location means that it is very suitable for green hydrogen production.

Being an export city, Gladstone is reliant on foreign governments and markets. But conversations around clean energy are often blanketed in divisive politics and take place in boardrooms and banks far from our shores.

This puts Jaclyn in a prime position to amplify the voices of locals in all corners of the clean energy debate.

“The public have been kept in the dark about their own lives. It's so important that any economic transition is led with community knowledge, values and input, because we're the ones paying our mortgages and accessing the schools and hospitals. We're the ones that live here. And we're the ones that hold all of the knowledge and information.”

“There's no real climate action without the community.”

Gladstone in the lead

It’s only recently that the community have been centred in clean energy discussions. The Central Queensland Energy Futures Summit held in Gladstone in April, concluded with several key recommendations agreed upon by many community members in the room.

“We are told that people aren't ready. And I don't think it's true. If anyone can actually lead an energy transition, it's likely going to be Gladstone. And I think it's unfair that they've been leaving us out so far,” says Jaclyn.

“We're industrious, we’re based with some of the most highly skilled workers in the world right here in Central Queensland. We have the brightest minds, we are full of engineers, and we have all of the capacity."

“So how we can deploy climate solutions fast enough to address the climate crisis, but do it in a way that's genuinely constructive and positive for the people that actually live in these carbon intensive regions?”

A converging of many sectors, including both informal and formal networks, will be required to create the kind of solutions that will benefit a whole region.

“To build resilience against the threats that climate change and energy transition pose to the region, we need to create pathways for the community to determine the future they want,” says Jaclyn.

“All people really want is some sort of visible action from all levels of the government, and from heavy industry, that they are taking steps to protect their jobs. Recent announcements of an export hydrogen facility and a green hydrogen trial are exciting first steps."

“When people have the skills and support to advocate for themselves and their community, we can create people-centred solutions that complement a top-down transition process.”

Difficult conversations will be essential to understanding what solutions will work for the community, including Jaclyn’s own family and friends who work in local industries.

“After years of living at the centre of a coal culture war, it's easy for Gladstone locals to feel like their lives are just a political football. We're often talked about, but rarely invited into the conversation,” she explains.

“Engaging the community that lives and works in the region is not only the right thing to do but will also result in better outcomes for jobs and economic development for the region.”

Gladstone locals have powerful stories to tell, and Jaclyn wants to give them the opportunity to create a collective community voice.

“We want to create a space for Central Queenslanders to find their own voice, and find the points where all their shared values, hopes and dreams meet and intersect. Then we can tell the story of what people in the region actually want.” 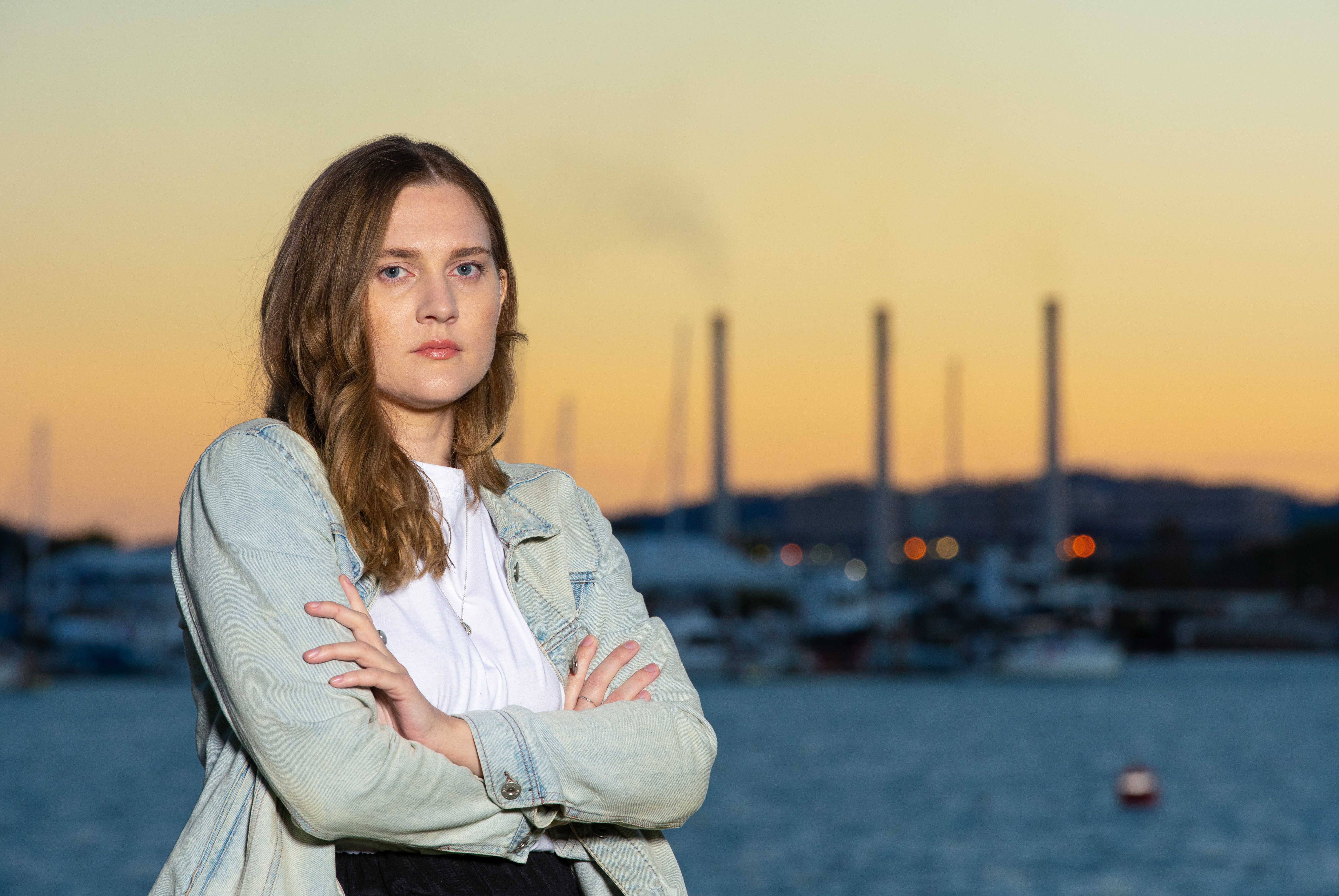 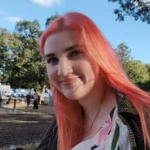