The Environment Protection and Biodiversity Conservation Act is the central piece of Australia’s environmental protection framework.

It’s meant to protect the air we breathe, the water we drink and the wildlife we love. I like to think of it as the legal ‘house’ where all our legal and policy directions live. At the moment the one thing everyone can agree on is that the ‘house’ needs a rebuild.

Our national environment law is currently under review – an opportunity that only comes around once every ten years. The timing couldn’t be more critical. We are in the midst of an extinction crisis, with more than 1800 native plants and animals at risk of being lost forever. Most of these iconic species are found nowhere else on Earth.

The Minister for the Environment, Sussan Ley appointed Professor Graeme Samuel AC as the Independent reviewer in charge of overseeing the EPBC review. The review started in October 2019, and will conclude in October 2020 with the submission of a final report and recommendations to the federal government.

What was in Professor Graeme Samuel’s interim report?

The interim report was released on the 20 July. We now know that more than 30,000 submissions were received by Prof. Graeme Samuel and the review panel. People in the ACF Community contributed hundreds of individual submissions and comments.

The interim report establishes a clear case for substantial reform to almost every part of Australia's national environment laws. How the proposed reforms will deliver on the report's ambition to reverse the decline of Australia's iconic wildlife, forests, and rivers – and set us up to tackle existing and future challenges – will require more detailed analysis in the remaining months of the review.

The interim report is over 100 pages long. You can read the full report or some of the highlights here:

The fact that the interim report includes these findings and recommendations is a testament to the groundswell of support for stronger laws that protect the places and wildlife we love and depend on. 30,000 people contributed submissions to the review, which is incredible. It shows just how much Australians care about our environment.

The interim report also provides a number of key recommendations for reform. These include:

We welcome the idea of strong, enforceable national standards and ‘an independent cop on the beat’. However the devolution of environmental approvals to the states and territories raises many concerns and questions on how this will result in better environmental outcomes than we’ve seen to date. The proposed devolution of approvals to the state and territory governments must be carefully and closely scrutinised.

History would suggest it will deliver poor environmental outcomes and the continued decline of our wildlife. We’ve seen comparable systems – like the Regional Forest Agreements – fail to protect threatened species like the Leadbeater’s possum. We know that many states and territories have weaker environment protections. State governments will often have closer ties and pressures from project proposals within their borders, so how can we ensure that vested interests will not influence approvals? There’s also the issue that wildlife and ecosystems don't adhere to man-made borders. How we avoid the continued ‘death by a thousand cuts’ for critical habitats or threatened species without national oversight isn’t clear. The recovery of our iconic wildlife and communities from the black summer fires will require a holistic, national approach that cannot be bounded by our arbitrary borders and jurisdictional barriers.

In addition to the devolution of approvals the report also recommends ‘the [national] standards to be applied, unless the decision-maker can demonstrate that the public interest and the national interest is best served otherwise.’ This is a clear loophole that will allow Ministerial discretion to circumnavigate any strong national environmental standards, and allow for continued political influence at the expense of better outcomes for nature.

A few other points of interest

Despite recognising the number of submissions calling for addressing emissions and climate change through the EPBC Act, Prof. Samuels recommends that emissions be regulated by other national strategies – and that the Matters of National Environmental Significance should not be expanded to include climate change. This is disappointing. We know that the current government’s climate policy is failing, and that polluters are allowed to keep increasing their emissions as highlighted by recent ACF investigations.

However, he does acknowledge the need for national plans and decisions around development proposals to consider the effectiveness of mitigation actions under specified climate change scenarios.

We tentatively welcome Professor Samuel’s recommendation that ‘the Commonwealth should retain the capacity to ensure nuclear (radioactive) activities are managed effectively’. This industry requires a high level of scrutiny and we will continue to support s140A of the EPBC Act which prohibits nuclear power, the retention of uranium exploration and mining in the definition of a Nuclear Action, and the inclusion of ‘Nuclear Actions’ as a Matter of National Environmental Significance (MNES).

We worry that his secondary recommendation to devolve approvals to state and territory governments could subject nuclear projects to undue political influence and reduce real scrutiny.

Professor Samuel proposes that 'the Commonwealth should maintain an ability to intervene where developments may result in the ‘irreversible depletion or contamination’ of cross-border water resources only.’

This would narrow the existing scope of the trigger in two respects. First, the requirement for there to be a risk of ‘irreversible depletion or contamination’ is a much higher threshold than the current ‘significant impact’ threshold. Second, the ‘cross-border’ qualifier for this to apply would exclude projects that impact water resources located entirely within one jurisdiction (e.g. most coal mines in the Hunter valley region in NSW).

Interestingly, Professor Samuel does leave the door open to expanding the trigger beyond just coal and coal-seam gas, which would be important for a range of other developments that damage water resources. However the limitations to ‘cross-border’ impacts only is a real concern and are likely to result in weaker protections for water resources under the EPBC Act.

Prof. Samuel acknowledges that ‘Australia is losing biodiversity at an alarming rate,’ and that the Act does not adequately enable the recovery of threatened species. He recommends ‘a shift from recovery planning for an individual listed species or community, to landscape scale plans, with a focus on biodiversity conservation outcomes for listed threatened species and ecological communities’.

We welcome the recommendations that recovery plans account for cumulative impacts, but question how landscape level planning will result in the recovery of the more than 1900 species currently listed under the Act. How will species covered by the same plan be prioritised? If you have two species with different critical habitats lumped together in a landscape level plan what happens if land-clearing is proposed that impacts critical habitat of one but not the other? There is also the question of whether his proposed planning tools will be mandatory, or optional.

Professor Samuel notes the erosion of community trust in the EPBC Act and the urgent need to address this. While we welcome his recommendation that reforms should focus on improving the transparency of decision-making, we are concerned by his recommendation to limit legal challenges to matters of outcome, rather than process. Currently there is very limited ability for anyone to challenge decisions made under the Act, particularly controlled actions that are made by the Minister. Reforms should expand the public’s ability to participate and test decisions made in the best interest of the environment on behalf of the public.

What was the Government’s response to the interim report?

The Minister for the Environment, Sussan Ley, has announced a series of next steps including the development of national environmental standards. A Consultative Group made up of industry, academics, scientists and environmental groups (including ACF) has been formed for this purpose. Roundtables have also been formed to address protection of Indigenous Heritage and to explore market-based nature restoration funding.

Unfortunately, the Minister ruled out an independent regulator. The government believes they can strengthen compliance and monitoring by working within the existing Department and bilateral agreements with state governments. Given the failures of the Government's administration of its laws outlined not just in the interim report but in a recent scathing Australian Audit office report, we don’t agree. An independent regulator can ensure environmental laws are enforced.

Alarmingly, on 27 August the Minister tabled amendments to the EPBC Act that would see federal approval powers handed over to the states and territories. The proposed amendments do not address the key concern highlighted by the interim report – that our laws are failing to protect Australia’s environment. They also do not contain legally enforceable national standards that were meant to be the basis of the reforms recommended in the interim report, and include the removal of the safeguards and federal oversight of the water trigger. The amendments are essentially a re-hash of Abbott’s One Stop Shop 2014 bill. We know that many states and territories have weaker environment protections.Without strong, legally enforceable standards and an independent regulator in place, fast-tracking approvals will fast track extinctions.

While Professor Samuel’s interim report includes some welcome reforms, the devil is often in the detail – of which there is plenty that needs to be figured out. Professor Samuel must be allowed to complete his review and consider his final recommendations. Rather than rushing through cherry-picked amendments, the government should deliver comprehensive changes to our national laws that address the challenges raised by Professor Samuel and deliver the best possible outcomes for nature. The EPBC review presents a once in a decade opportunity to fix our national laws. It is critical we take the time to get this right or we risk locking in another decade of environmental decline.

You wouldn’t rush to put a roof onto a new house without first ensuring the foundation was ready. So why would we do this with our environment laws?

What do we need to do now?

What you can do 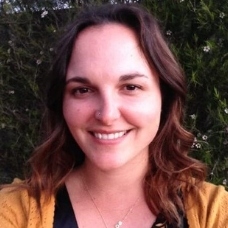