Dirty and dangerous fuels like uranium, coal, oil and gas have no place in Australia’s energy mix. We can power Australia with clean energy and leave uranium in the ground.

We are fighting for a nuclear-free future. We do this by opposing uranium mining and irresponsible radioactive waste dumps and highlighting their threats to our land, water, Indigenous cultures and local communities.

Our future is renewable and nuclear energy is no climate change solution.

What is nuclear energy?

Nuclear power stations run on uranium. When the nucleus of a uranium molecule is split inside a reactor, heat is produced. This process is called nuclear fission. The heat produced from this process is used to turn water into steam. The steam then drives a turbine that powers a generator. The whole process is like an elaborate kettle with the generator creating electricity.

Why is nuclear energy dangerous?

Nuclear power poses significant community, environmental, health and economic risks. Radiation from major nuclear disasters, such as Chernobyl in 1986 and Fukushima in 2011, have impacted hundreds of thousands of people and contaminated large areas. The damage from these accidents continues today. Even when a nuclear power station operates as intended, it creates a long-term and expensive legacy of site remediation, fuel processing and radioactive waste storage. Radioactive wastes need to be isolated from people and the environment for many tens of thousands of years and pose a massive management challenge.

Nuclear industry advocates and politicians have been prosecuting the case for ‘next generation’ nuclear energy as a climate solution via allies in media, business and politics. Instead of advancing credible climate solutions, nuclear promoters are pinning their hopes—and our future—on technology that doesn’t exist.

At best this is a distraction from effective climate solutions and at worst a dangerous repositioning to lift support for the nuclear industry in Australia.

Nuclear energy is thirsty, dangerous and wildly expensive—plus there’s no chance of building a nuclear plant in Australia before 2040. Nuclear reactors are slow to build and license. Australia’s lack of nuclear engineers, and a licensing, regulatory and insurance framework would only delay this further.

When it comes to costs, nuclear remains a poor alternative, estimated at A$136-326 per megawatt-hour (MWh) from a small modular reactor compared with A$61-82 / MWh from wind and solar power as a combined source providing 90% of electricity in the National Electricity Market.

Nuclear energy is not a credible alternative to renewables. We’re calling on the Australian Government to:

Australia is a global dealer in high-risk uranium, with around a third of the world’s uranium reserves found in Australia.

Mining these radioactive rocks pollutes our air, soil and water. It can damage the genetic and reproductive systems of plants, animals and people and is often mined at the expense of First Nations people and their Country.

When uranium is exported this risk moves offshore and becomes high-level radioactive waste. Let’s not forget that the failed Fukushima reactor in Japan was fuelled by Australian uranium.

All of Australia’s operating uranium mines have a history of leaks, spills and accidents—and none have ever been properly rehabilitated.

Like uranium mining, governments have pushed for national radioactive waste to be dumped or stored on Aboriginal land. This is happening right now in Kimba, South Australia on the land of the Barngarla people. 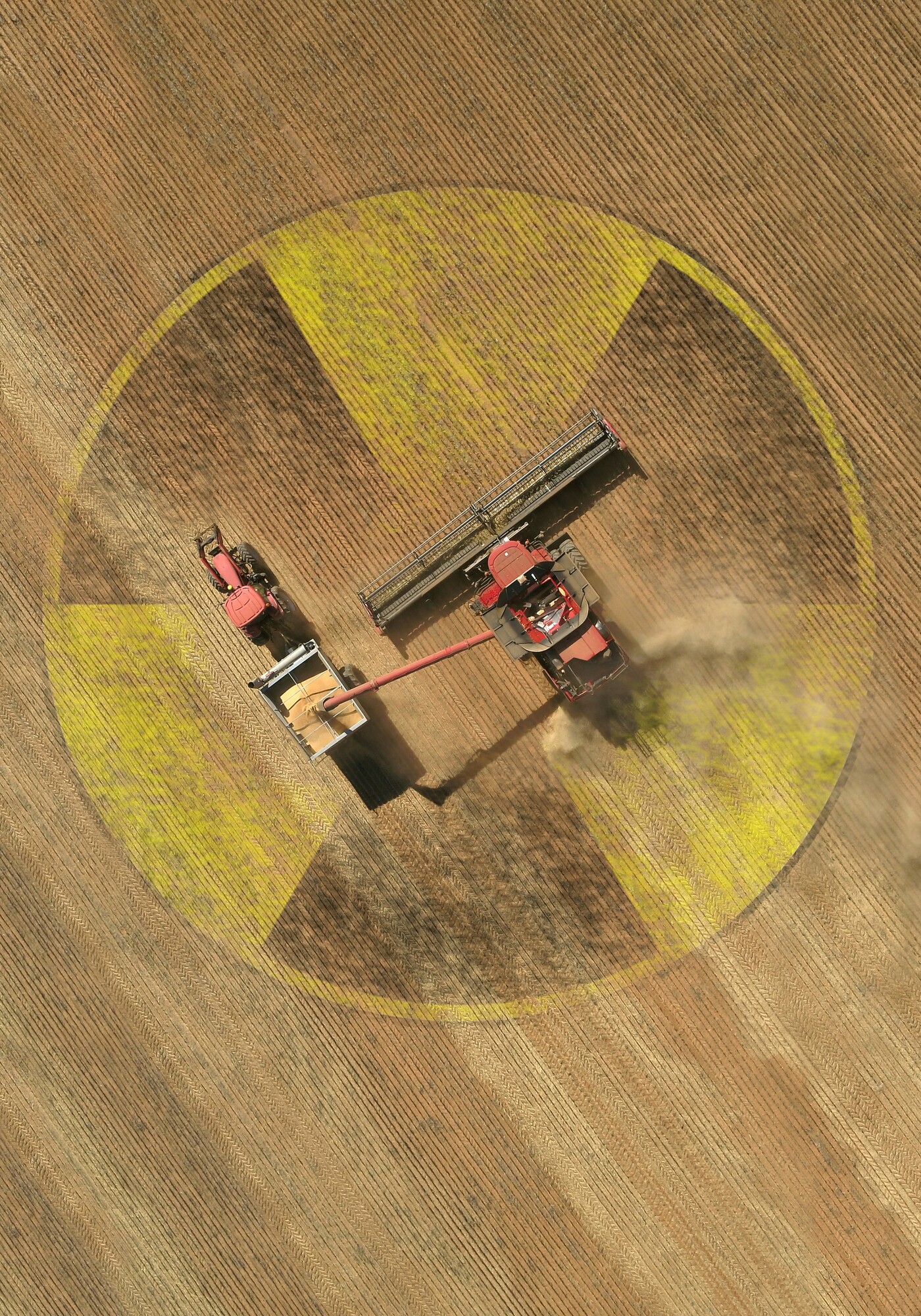 Radioactive waste is dangerous and toxic, and leaves future generations having to maintain constant vigilance to avoid disaster forever.

What is radioactive waste?

Radioactive waste is material that has no future use and contains radioactive materials at levels high enough to require special regulation and treatment to ensure safety.

This waste is generally retained on the mine site and poses a long-term human and environmental hazard.

We’re calling on the Australian Government to:

How did Australian uranium end up in war-torn Ukraine?