What does the safeguard mechanism safeguard – and why does it matter to the social sector?

If Australia’s 43 per cent emissions reduction target matters to you, then the safeguard mechanism should too, because it’s the government’s primary lever for achieving that target. In a nutshell, it’s supposed to regulate emissions from Australia’s most-polluting facilities.

“Most-polluting” is defined here as annual climate-heating emissions equivalent to 100,000 tonnes of carbon dioxide or more.

For perspective, that’s the amount of greenhouse pollution created by about 30,000 cars on the road for a year. Collectively, these facilities account for 28 per cent of Australia’s carbon footprint. So if you’re feeling guilty about driving to the shops, take a moment to remember that driving top-down change can be much more effective.

The purpose of the safeguard mechanism is to stop the total volume of those emissions creeping up over time, undermining hard-won emissions savings in other areas of the economy, including emissions cuts being driven by the social sector’s advocacy and on-ground projects.

Given these emissions account for almost a third of Australia’s carbon budget, reversing this trend is crucial if Australia is to meet its 43 per cent emissions reduction target. Climate Change and Energy Minister Chris Bowen has committed to change the Safeguard, but there are many ways this could go wrong if big polluters get to set the rules.

A process is already underway to reform the mechanism, with changes due to be legislated by 31 March next year, before taking effect from 1 July.

Last month many environment groups, politicians, businesses and industry bodies made submissions to this process. We have already seen the oil and gas sector say it should be able to purchase international carbon offsets instead of reducing its emissions.

Over the next few weeks, we expect to see many of the big businesses responsible for some of the biggest safeguard facilities publish submissions. It will be very interesting to see what they have to say. I for one will be looking closely at the consistency of these submissions with corporate ESG policies.

About two thirds of the businesses represented among safeguard facilities have a net zero goal, and this tends – appropriately – to be especially true of those with the largest carbon footprints. Given this, we might expect these businesses to support safeguard mechanism reform, since it will level the playing field by requiring similar climate ambition of their competitors.

A predictable phase down would give industry incentives to come up with innovative energy saving solutions to run their businesses more cleanly and efficiently.

A predictable phase down would give industry incentives to come up with innovative energy saving solutions to run their businesses more cleanly and efficiently. Ultimately it would make Australian industry more competitive in a global marketplace that puts a premium on products with a low carbon footprint.

But if big business rallies against this much-needed reform, there’s every reason to expect emissions from safeguard facilities to continue to rise. The vast majority of emissions to date have been from fossil fuels. This outsized footprint will need to be reduced to make room for Australia’s growing critical minerals industry to support the global transition to a decarbonised future. Instead, emissions from gas are up by 20 per cent compared to 2017, primarily due to the emergence of several new players in the industry. Big new proposed gas projects, like Woodside’s Scarborough mine, will blow out the safeguard even further.

Over the last few weeks, several journalists have asked me if I’m optimistic about the outcome of the safeguard mechanism reform. After nearly a decade of federal political inaction on the climate crisis, it feels strange to feel optimistic, but I do – because if the new government is serious about meeting its 43 per cent emissions reduction target, it must move quickly to turn the Safeguard Mechanism from a broken tool into an effective scheme to cut emissions from the nation’s major polluters.

To the best of my knowledge, none of the big industrial facilities covered by the Safeguard Mechanism are owned or operated by nonprofit organisations. But many nonprofits and NGOs share board members with many of the boards that control those facilities.

It’s 2022 and Australians are feeling the effects of climate change. These are all big, publicly listed companies that have done more than their share of climate damage. It’s time for them to, at the very least, do their fair share to clean up their mess.

Kim Garratt is an Environmental Investigator at the Australian Conservation Foundation

This piece was published by Pro Bono News 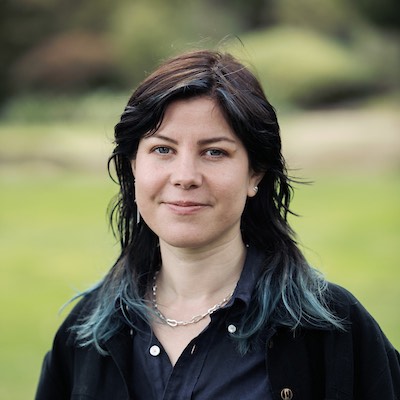 What is the safeguard mechanism?