As Prime Minister Scott Morrison heads to Glasgow for the COP26 climate summit, leading Australian civil society groups have thrown their weight behind a new global rejection of nuclear power.

The groups, with a membership numbering in the millions across a broad cross-section of the Australian community, have endorsed a global statement and are increasing their efforts to stop the dangerous distraction of domestic nuclear power being used to delay effective climate action.

These include peak state, territory and national trade union bodies, national environment groups the Australian Conservation Foundation, Friends of the Earth and Greenpeace, the Uniting Church, Doctors for the Environment, the Smart Energy Council and many more.

The groups have rejected the current push by some conservative politicians and the Mineral Council of Australia to remove long standing Howard-era federal prohibitions on domestic nuclear power, describing nuclear as ‘slow, expensive and dangerous.’

The groups have instead called for clear and urgent action to grow secure jobs in a renewable energy future, declaring that ‘renewables give us the ability to make a just transition for energy sector workers, their families and communities and to provide secure global access to sustainable low carbon electricity.’

The groups have urged PM Morrison to go to Glasgow with his eyes and ears open to the massive economic and employment opportunities that the global renewable energy transition has for Australia and, amid the current political churn with sections of the Nationals, to accept that renewable energy is real, affordable, low risk and clean.

Nuclear cannot deliver an energy transition safely, or at the speed and price Australia needs.

Indigenous and social justice and medical 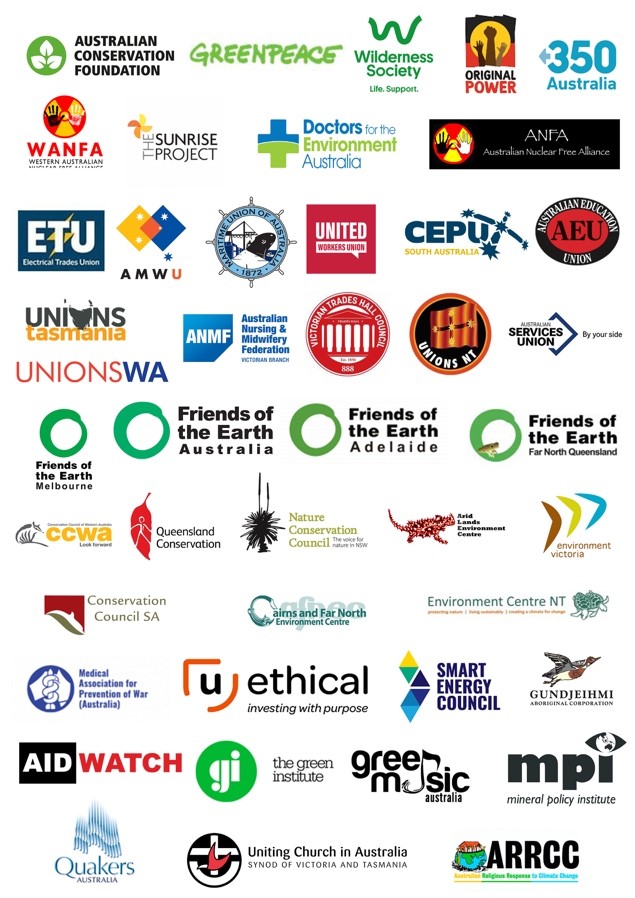