Welcome to our June update on national political news and events!

We’ve created this monthly update to help the ACF Community keep up to date with important developments in Federal Government and the implications for the issues that we’re most concerned about: protecting the places and wildlife we love and strong government leadership to make Australia a leader in climate solutions.

This month, we’re looking at the Federal Government’s championing of deregulation as a solution for the post-COVID-19 economic challenges and how this intersects with the ongoing Environment Protection and Biodiversity Conservation (EPBC) Act review.

We unpack the important decision to abolish COAG and keep the National Cabinet and the evolution of the National COVID-19 Coordination Commission.

We examine a potential threat to the Clean Energy Finance Corporation and Australian Renewable Energy Authority, and the politics around the National Radioactive Waste Bill.

Plus, we catch up on what’s happening in Parliament, and recap meetings that ACF Community groups are having with their Members of Parliament. 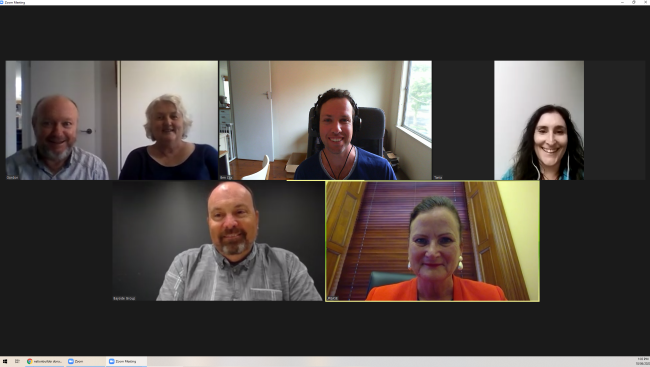 Around the country, community group meetings with MPs are in full swing, with some exciting conversations happening.

Over the last month, we’ve had three groups hold meetings, with another five taking place over the next few weeks. In total, 37 meetings are in the pipeline. Here’s some updates on what’s happening in the ACF Community.

ACF Albury Wodonga is in the process of arranging a meeting with Federal Environment Minister Sussan Ley, to deliver an ACF petition to End Extinction through stronger Federal Environment Laws, which has over 375,000 signatures! The group is also meeting with independent Federal MP Helen Haines on 24th June to participate in a Regional Sustainable Energy Workshop.

In QLD, ACF Bayside met with State Labor Member, Joan Pease, last week. They spoke about the importance of stopping the Toondah Harbour project and the Rebuild, Recover, Renew campaign. They also praised Joan for her government's work in reducing clear-felling activities and investing in renewable energy.

Also in QLD, ACF Griffith met with federal Labor spokesperson for environment and water Terri Butler in May. It was a great relationship building meeting and Terri was quite on-board with several of the group's requests.

On the horizon, ACF Darebin is meeting with federal Labor MP Ged Kearney on 25 June, former President of the Australian Council of Trade Unions, to discuss how a green recovery can produce millions of jobs for Australians while also tackling the climate and extinction crises.

ACF Adelaide has a meeting confirmed with Mark Butler next week, the Labor Shadow Minister for Climate Change and Energy, to discuss supporting an economic recovery plan that’s good for people and the planet, and protecting Australia’s environment through strengthening the EPBC Act.

Haven’t started your plan to meet with your MP yet? Check out this page with everything you’ll need to have an impactful first meeting 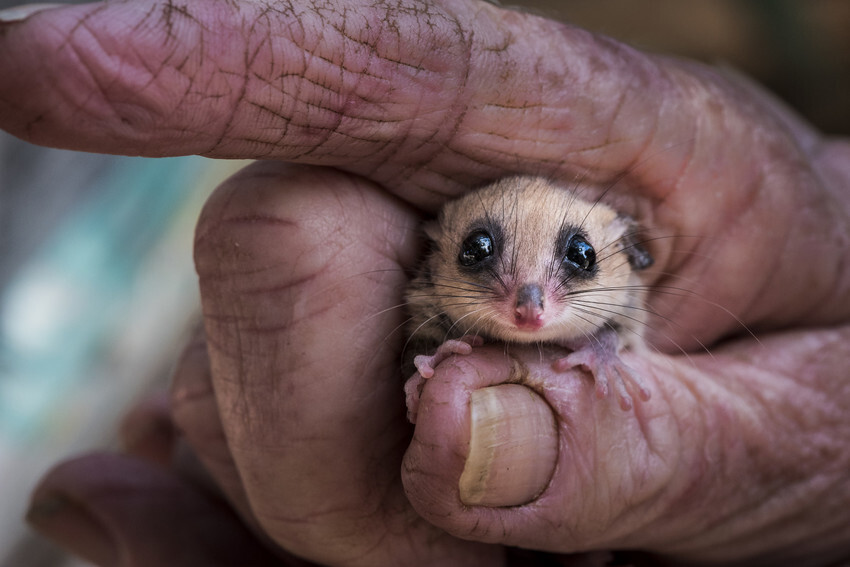 In the past month, we’ve seen increasing talk from the government about deregulation and ‘fast-tracking’ major project approvals to boost the post-COVID-19 economy.

Worryingly, the PM has made specific reference to fast-tracking environmental and planning approvals, even as we await the outcome of a once-in-a-decade independent statutory review of the Environment Protection and Biodiversity Conservation (EPBC) Act.

Former Productivity Commissioner Graeme Samuels’ interim report is due on 30 June and the final report due in October.

On 15 June the Prime Minister said that the National Cabinet had already begun discussing bilateral arrangements (between the federal and state or territory governments) for fast-tracking environmental approval and assessment processes under the EPBC Act. National Cabinet would “come back to this issue very shortly, informed by the current review,” he said.

With the government championing deregulation as a vital component of re-energising the economy, its Deregulation Taskforce will be moved from Treasury to the Department of PM and Cabinet and led by Assistant Minister to the PM, Ben Morton.

We firmly believe that deregulation is not a panacea for Australia’s economic challenges.

Moving to streamline environmental approval processes while failing to fix the laws that have enabled the world’s worst mammal extinction rate is a failure of good government.

This was a key point made in our comprehensive submission to the Samuels EPBC inquiry, and joint submission on the Act’s nuclear trigger.

We have called on the government to resist undermining the EPBC review process by acting ahead of the interim report or final recommendations.

We’re also looking at the constitutionality and other aspects of the National Cabinet, formed to help deal with the COVID-19 crisis but which the PM announced on 28 May will be a permanent feature of Australian democracy.

The PM said his overriding agenda for the National Cabinet is job creation and “congestion-busting” i.e. deregulation or ‘streamlining’ regulatory approval processes between both levels of government.

This is reflected in other comments made by Scott Morrison concerning the EPBC Act, as mentioned above.

Details are scant about this important political reform. This is what we do know:

One thing we’re uncertain about is the future of COAG’s Energy Council, comprising all energy ministers, but we’re investigating.

On 15 June, the PM indicated the NCCC’s purpose and composition may change. He said the COVID-19 commission, set up to deal with the immediate health crisis, “will translate into a new mode soon… It operated in an early phase of a very small group but I see that group having an onward life and having a few more voices included in it.”

We have ongoing concerns about the composition and transparency of the NCCC and its work, including its Manufacturing Taskforce.

We’ve made a submission to the Senate Select Committee on COVID-19, which we’ll share as soon as it’s published on the Committee webpage.

The Committee is continuing to examine the Government’s response to COVID-19 from all angles and more hearings are being held this week, including with major business groups. 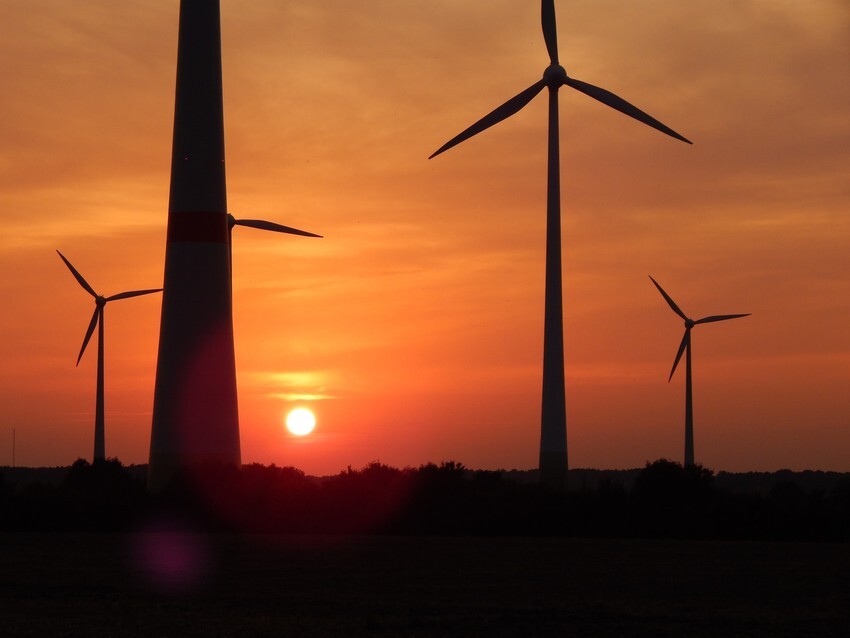 We’re keeping an eye out for any moves to undermine the missions of the Clean Energy Finance Corporation (CEFC) and Australian Renewable Energy Authority (ARENA).

The government has accepted a recommendation from the recent King Review to expand ARENA and CEFC’s objectives to make them ‘technology neutral’.

This could mean that the government may try to re-orient ARENA and CEFC to help deliver its ‘gas-led’ COVID-19 recovery and fund carbon capture and storage projects connected to fossil fuel projects.

If this occurs, it will be the first time the CEFC invests taxpayer funds in a fossil fuel-related project, setting a dangerous precedent. Government Bills to trigger changes to CEFC and/or ARENA may appear in coming parliamentary sittings.

We’ve also delivered a submission on the government’s Technology Investment Roadmap discussion paper, urging it to align investments with a goal to reach net zero emissions by 2050 and implement a carbon budget consistent with the Paris Agreement. 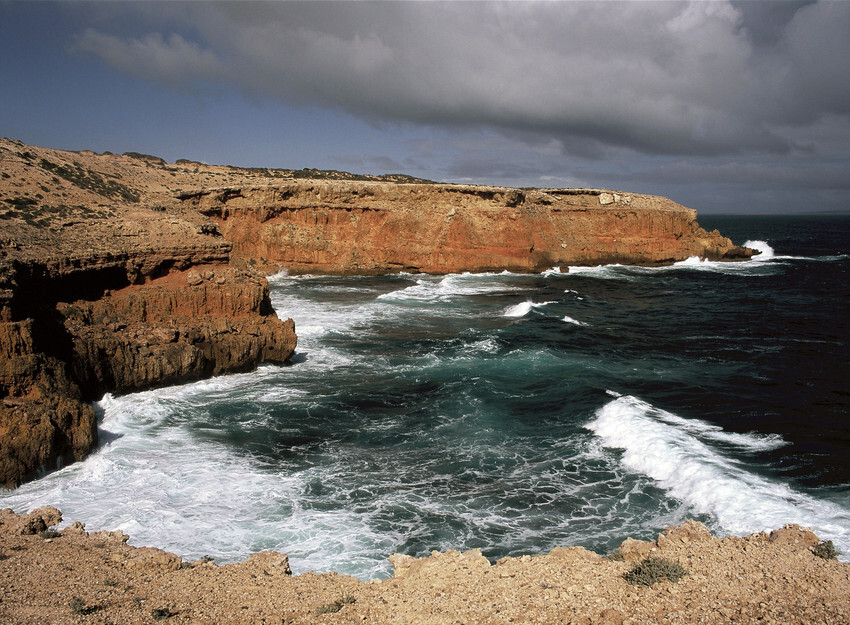 Last week saw a significant development in our long campaign to ensure the safe environmental management of Australia’s radioactive waste.

The Federal Government’s National Radioactive Waste Management Amendment (Site Specification, Community Fund and Other Measures) Bill 2020 to designate a pastoral property in SA’s Kimba Shire as the site for a radioactive waste depository passed the House of Representatives.

Although it was passed on the numbers, the Bill was opposed by a broad alliance of MPs - Labor, the Greens, SA Centre Alliance MP Rebekha Sharkie and independent MPs Zali Steggall and Helen Haines all voted against it.

Their speeches to the House reflected our multiple concerns with the government’s plan.

For a start, the government is pushing for all of Australia’s radioactive waste to be stored at Kimba, although Intermediate-Level Waste (ILW) securely stored at ANSTO’s Lucas Heights facility would only be stored temporarily.

The long-lived ILW would have to be moved again in 20-100 years, and this double handling is unnecessary and potentially dangerous.

We believe the real reason the government has tabled this unnecessary Bill is to try to thwart further legal action against energy minister Angus Taylor’s decision to designate Kimba for the nuclear waste management depository.

The Bill will now move to the Senate where the Senate Standing Committee on Economics is already conducting an inquiry into the Bill. See ACF’s submission here. The Committee is due to report on 31 July and no vote on the Bill in the upper house can occur until that process ends.

Climate change is a leading issue for candidates in the 4 July Eden-Monaro by-election, still reeling from a devastating bushfire season while managing the impact of COVID-19.

The election outcome will not change the government, however it will give an early indication of how the bushfires and pandemic have affected the views of voters in this large ‘bell weather’ seat, heavily dependent on tourism and agriculture.

The seat is currently held by Labor on a slim margin and, with 14 candidates in the running, the by-election is likely to be close again.

Happenings in the House

The Royal Commission into Natural Disaster Arrangements began hearings this month with an examination of the role climate change played in the severity of the 2019-2020 bushfire season.

Hearings will continue through June and July with local, state and federal governments being called to provide evidence. It’s due to report in August.

The NSW Government’s independent expert inquiry into the 2019-20 bushfires also held hearings this month, and is due to report in July.