Come to a climate election campaign launch near you – hear our strategy and find out how you can elevate the issue of climate damage in the places it matters most.

Together, we’re making climate damage such a big election issue, our next government will have no choice but to step up and act.

We’ve already had thousands of conversations with people across the country about why stopping climate damage matters. Now, we’re zooming in on the places where our votes are crucial in close election contests, and will determine who forms the next government.

We need to make climate damage such a huge issue in key places that no party will be able to campaign there without stepping up and acting to stop it.

We have huge plans to make this happen. Will you be part of it?

Come to a climate election campaign launch in a city near you to hear our strategy and find out how you can elevate the issue of climate damage in the places it matters most. 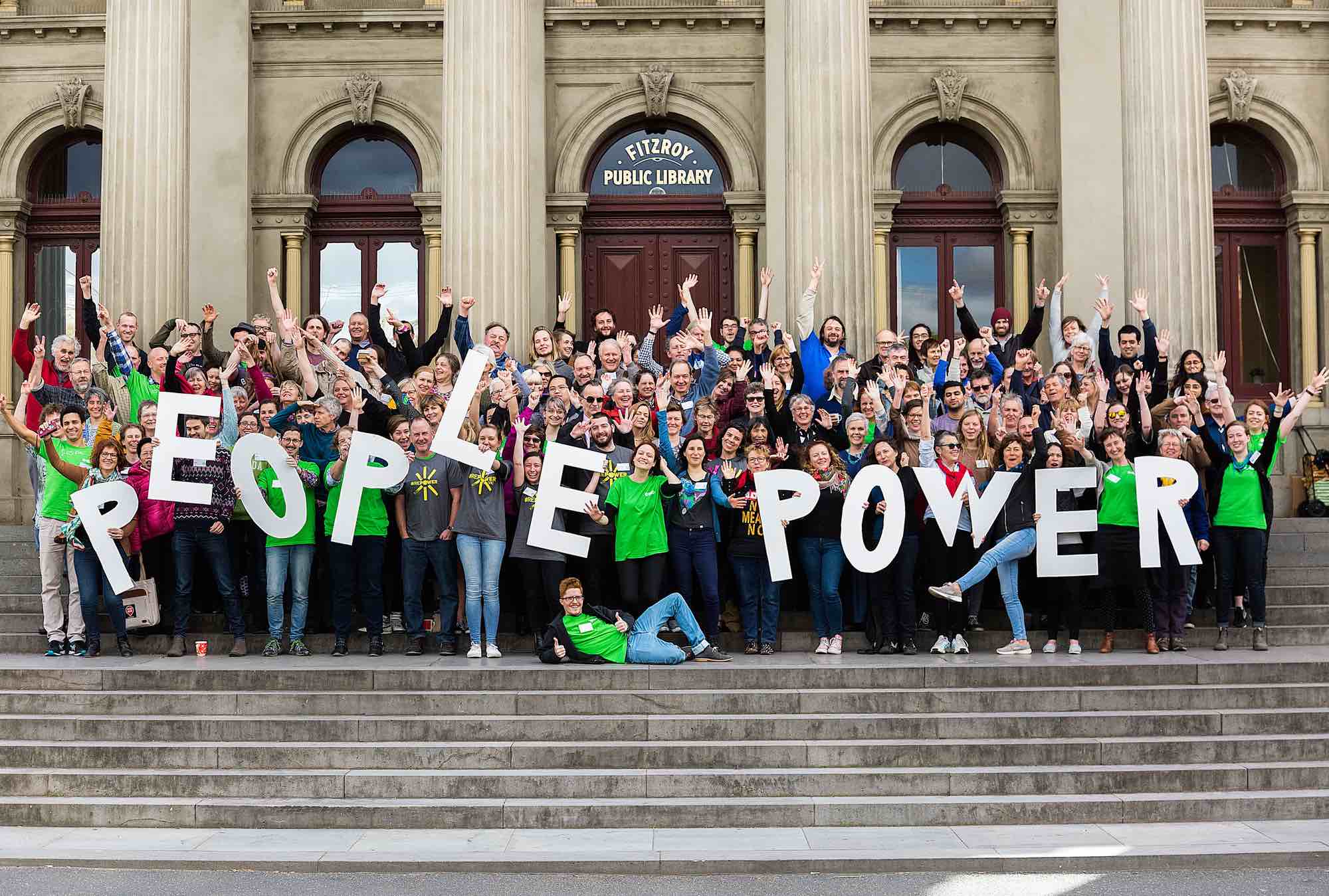 When the election is called, parties will be putting a lot of effort into key electorates where the votes will be close and winning or losing could determine who forms our next government.

These are the places the parties will be watching closely – where they must listen to the concerns of their constituents in order to win.

That’s why we need to elevate climate damage as a major issue in key places now – so that by the time candidates are knocking on people’s doors and handing out flyers, thousands of people will be telling them: if you want my vote, you must act to stop damage to our climate.

This is how we make the next election a turning point – when millions of Australians vote to stop polluters burning coal and choose clean energy to protect life.

But it requires the work of you, me and everyone who cares about our planet and the people we love.

We’re not asking for a small thing here. This is big. Come to a climate election campaign launch near you, and let's get to work.