"I was totally cooked by our extreme summer this year, and at the end of summer, an activist came out of the oven!"

Book your ticket to Convergence Melbourne

I'm Rachel Apelt – I’m an ACF community volunteer and artist based in Brisbane who came to Convergence in March.

This year I was totally cooked by our extremely hot summer. Being in the heat made me think about what the effects of climate change would be in 20 years’ time. I am horrified by the prospects of climate change and am part of the fast growing movement to shift Australia into a clean energy future. At the end of summer, an activist came out of the oven!

To me, the most urgent task right now is to stop Adani’s polluting megamine. This disastrous mine would harm people and the planet.

The very existence of our Great Barrier Reef is at risk – one of the most diverse natural environments on our planet. It is incredible that the federal government is considering spending public money to prop up Adani’s mine, and even more incredible that the Queensland state government has been backing it, especially when they came to power promising to look after the Great Barrier Reef. 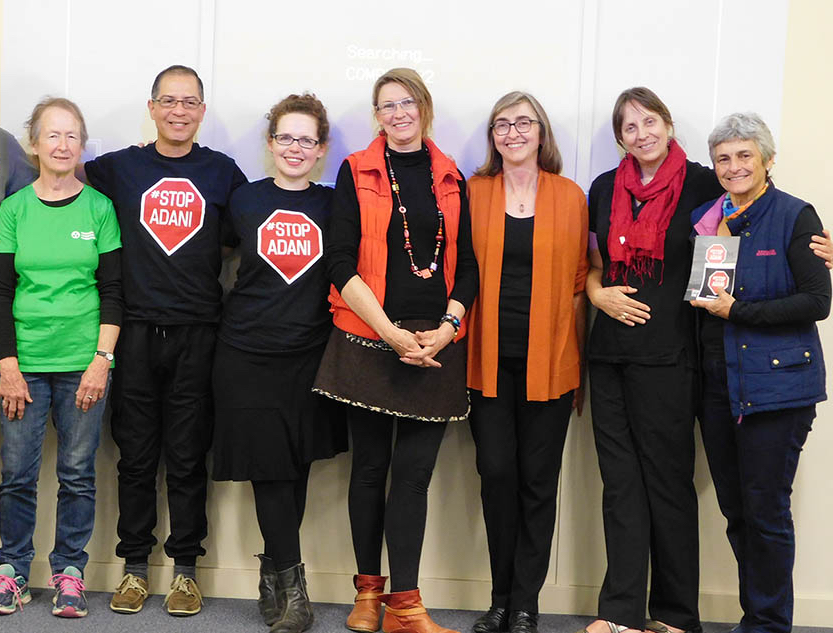 For many years, I had been experiencing grief about the state of our world. I’ve had ideas for how I could change things, but didn’t know where to start, or who to collaborate with. I was feeling alone and powerless.

Then I found out ACF was hosting Convergence – a weekend of networking, group building and training. I gained clarity around how to work strategically towards a goal in my community and as part of the broader environmental movement. I learnt how to frame messages, priorities ideas and get organised.

My sense of powerlessness shifted to one of hope and empowerment because of what I gained and learnt at Convergence.

Above is a photo of me with members of Moreton Bay local action group. We met at Convergence and joined together to organise in our community. We have grown from five to 11 members in just a few months! ACF helped us firm up our vision and gave us tools to prioritise, get organised, and work strategically towards a goal.

Since Convergence, I’ve also run my own campaign – designing and printing a series of colourful personalised postcards addressing each Queensland Minister whose portfolio is impacted by the Adani Carmichael Mine project. The Moreton Bay group and more than 30 people chipped in and helped distribute over 3,000 postcards in metropolitan, central and north Queensland.

Running this postcard campaign was a really great way for me to meet like-minded people in my community. For a lot of people that helped distribute postcards, this was their first opportunity to take action. I found a lot of people had strong feelings, but felt powerless in the face of politics.

Convergence not only gave me the skills and encouragement I needed to run my own campaign – it gave me the opportunity to meet a skilled bunch of people with similar ideas and challenges and form a group made by local people to create local change.

The Moreton Bay local action group has hosted film screenings, held stalls at festivals and local markets, met with our local MP and attended rallies. We’ve got a group email and Facebook page to connect with our community and people in our electorate. We’ve connected with other groups in our region too – pooling skills and sharing resources – organising local events and surveying the communities. It’s not all work – sometimes we catch up at a local café.

I love being part of my local group. Everyone is different and our skills are complementary, so we can share tasks easily. It has been awesome to connect with such interesting people in my neighbourhood. 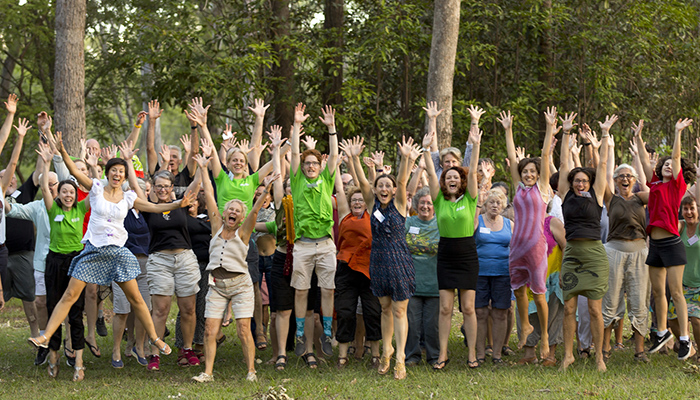 I used to feel isolated and culturally disconnected where I live, but through my local group’s activism, I’ve discovered a whole bunch of people in my area that has changed my outlook on the future.

ACF’s next Convergence is on 22-24 September in Melbourne.

If you’ve been thinking about getting a ticket, do it. This is a chance to shift out of feeling silenced and powerless into knowing you can be an agent of change. Together we are powerful! You’ll meet awesome people, learn some great tools, and rearrange your thinking for the better!

Together we are powerful!

Book your ticket to Convergence Melbourne