The following is an extract from a National Geographic article published on December 30, 2020.

Looking at the animal skin that had been shipped to him in England from Australia, George Shaw, the keeper of the natural history collection at the British Museum at the turn of the 19th century, was dumbfounded. It was as though someone had taken the webbed feet and bill of a duck and jammed them on to the torso of a fuzzy four-legged mammal. Though he eventually accepted the platypus as authentic, at first he wondered whether someone had stitched various creatures together as a joke.

Two centuries later, the platypus continues to astound scientists. Along with the four species of echidnas, they’re the only mammals that lay eggs. They’re also one of only a few venomous mammals: Male platypuses have poisonous spurs that can cause as much pain as hundreds of hornet stings. (Recently their venom was also found to contain a hormone that might help treat diabetes.) 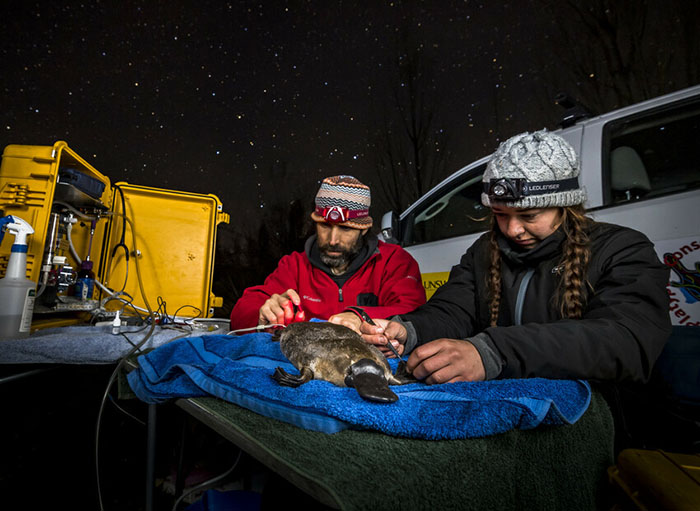 Moreover, platypuses don’t have stomachs—their gullets lead directly to their intestines—and they have 10 sex chromosomes to our measly two. As if this wasn’t enough, scientists discovered this year that platypus fur is biofluorescent, glowing a brilliant blue-green when illuminated by ultraviolet light.

But lately, platypus researchers’ sense of awe by their subjects has been overshadowed by worry. Climate change, human development, drought, and bushfires are ravaging the rivers in eastern Australia that platypuses rely on to feed and mate. Scientists are now urging the national government and several Australian states to list the platypus as vulnerable to extinction, so they can benefit from additional protection and conservation efforts.