Jenny George talks about the changes she has seen along the Cockburn River over her lifetime.

The Cockburn River rises in the Moonbi Range near Limbri in northern New South Wales and weaves its way south-west down through Mulla Creek, Kootingal and Nemingha (where it meets the Peel River near Tamworth).

Both the Cockburn and the Peel were recognised for their fast flow and diverse ensemble of native wildlife; however, declining river health has lead to a dramatic decline in numbers and diversity of fish species. One such example is the Murray Cod (scientific name: Maccullochella Peeli), which is somewhat ironic considering the Peel River was named after this iconic Australian freshwater fish.

Jenny George grew up on the Cockburn River. Her melancholy tale describes how, despite signs of dwindling health, her beloved waterway is being ignored. She emotionally talks about what she has seen over the years:

"I've lived with this river all my life. It's a part of me, and it's taught me a lot over the years. I've seen it when it's raging, and it has broken its banks during big floods – and I've seen it like it is now when it barely flows. When we were growing up, my parents used to have a little pump down in the river, and we pumped water up to a tank to use in the house and gardens. We used to play down on the river for days at a time, having rock fights, fishing for catfish, swimming and exploring. The river looked after us, and we looked after it."

"There used to be Platypus, water rats, plenty of catfish and Yellowbelly in the river – life was abundant – but now it’s just the European carp that survives."

"The Cockburn was once a special place of natural beauty, life and peacefulness. The water was plentiful, now it's almost dry, and no one seems to care."

"As the weather becomes more unpredictable, farmers need to be more responsible in their crop choices and irrigation practices. There needs to be more education about how to sustainably manage rivers and the web of life that depend on them. Not only for young people but for the older generation as well. The government need to start regulating water extraction from irrigators so that water is shared fairly along the system and the long-term health of the river is protected."

Jenny concludes with a cry for help to the federal government and the people across Australia:

"Water is the lifeblood of the country, and without it, we all cease to exist. No water means no crops, no animals and no fishing or enjoyment to be had along the river. Australia’s decision makers in their offices need to get out and see just what goes on in the real world, in Australia’s country, as we need to fix our rivers before it's too late. Someone needs to be held accountable."

"People who care need to fight for our waterways. I'll be a voice anyway I can."

The situation that Jenny describes on the Cockburn is similar to what is happening all across Australia. River communities all along the Murray-Darling Basin are being torn apart as their local rivers deteriorate due to a whole host of reasons. Although you may not think it, research shows that the majority of people really do care about nature. They assume that they are on their own and this stops them from taking action. This is your chance to take action, to be part of the solution.

Do you want to help protect Australia's rivers? Be part of the solution. Email one of our staff members and they'll connect you with a local ACF river fellow. 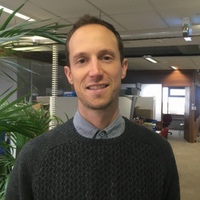