Ancient Indigenous rock art on the Burrup Peninsula in WA has been de-registered it as a sacred site, writes Wade Freeman

What value do we place on 30,000-year-old rock art that depicts some of the first historically recorded examples of the human face in art?

How should we honour and preserve a display of at least 10,000 examples of Indigenous art that are around six times older than internationally venerated sites such as Stonehenge?

At the very least we should surely ensure such work is protected.

Yet, as revealed last month in the WA Parliament, only after extensive questioning from Greens MP Robin Chapple, the worlds’ oldest and largest of rock art on the Burrup Peninsula and at least 23 such sites, including the beautiful coastline of James Price Point, have been de-listed by the state government from the Aboriginal Heritage Act (AHA).

How did this happen?

Back in November 2012 the State Solicitors Office (SSO) advised that according to section 5(b) of the AHA these 23 sites did not qualify to be included because they did not fall under the definition of being a sacred site: “For a place to be considered a sacred site, it must be demonstrated that it is devoted to a religious use rather than just a place subject to mythological story, song or belief.”

However, earlier this year, after having the matter taken to the Supreme Court by Diana and Kerry Robinson of the Kariyarra native title claim group, Supreme Court Justice Chaney found the advice of the SSO was wrong.

In other words, these sites should have never been removed from being listed in the AHA in the first place. In essence, Justice Chaney ruled that a site and a place were one and the same.

This week the WA Planning Commission released its Dampier Peninsula Planning Strategy which boldly includes the defunct LNG processing precinct at James Price Point that was also amongst the 23 sites questionably de-listed from the AHA.

WA Minister for Aboriginal Affairs Peter Collier is on the record stating his support for the changes to the AHA asserting that changes in the pace of development economic development, particularly in mining and construction, had highlighted what he sees as inadequacies in the current legislation.

Does he simply mean that he would like to see these protections to some of the worlds’ oldest and most significant rock art removed to allow mining to go ahead unheeded?

Just last week the department of Mines and Petroleum (DMP) issued a self-congratulatory media release stating it was “satisfying that the department is consistently finalising in excess of 90 per cent of applications within the target timelines.”

But while the WA Department of Mines and Petroleum is congratulating itself on meeting mining timelines, 30,000-year-old Aboriginal rock art is losing basic heritage protection. We already know that more than 10,000 rock carvings have been lost in the Burrup Peninsula due to Iron Ore mining for Hammersley Island and other developments.

After Justice Chaney's ruling we are still waiting to hear if Minister Collier has instructed the Department of Aboriginal Affairs to reinstate all 23 sites to the Aboriginal Heritage Register.

It’s now time for the State or Federal government to take decisive action to ensure this internationally recognised treasure trove of rock art is given the respect it deserves and afforded proper protection.

We seek urgent clarification from the WA Aboriginal Affairs Minister Peter Collier and Federal Environment Minister Greg Hunt to ensure these internationally recognised Indigenous treasures on the West Australian coastline are not lost. 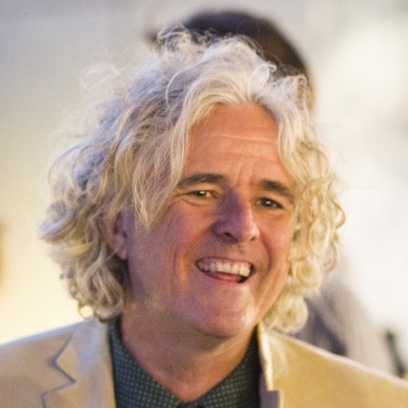