While the Prime Minister believes ‘coal is good for humanity’, his views will be challenged as the world prepares for crucial UN climate talks in Paris later this year, writes ACF president Geoff Cousins

IN all the talk about climate change, one compelling fact is often overlooked. Just a handful of companies are responsible for nearly one-third of our nation’s greenhouse pollution through their production and consumption of energy.

Worse, many of these companies, rather than accepting the realities and pragmatically changing their investment choices and business practices, are applying pressure on governments to shackle the economy to last century’s energy staples, coal and gas, contrary to the global trends and signals.

At the Australian Conservation Foundation we’ve been looking closely at Australia’s top polluters, examining how each creates pollution and what they say and do about climate change and energy policy.

The names of the 10 biggest polluters are not surprising. The inglorious rollcall includes household name energy retailers such as Energy Australia, AGL and Origin. Global mining company Rio Tinto makes the cut, as does oil and gas miner Woodside and aluminium producer Alcoa. There are also lesser known entrants such as GDF Suez, which runs the Hazelwood brown coal power plant in Victoria, and Queensland government-owned Stanwell and CS Energy.

Some are deliberately trying to halt or slow national policies on energy and climate change.

While most of the top 10 polluters publicly accept climate change — GDF Suez has said the “fight against global warming is one of the great challenges the world faces” — some have opposed mechanisms to tackle the problem, such as the carbon price and the renewable energy target. Energy Australia, for example, greeted the repeal of the carbon price by stating the change “should enhance returns from our low-cost base-load power stations”. Stanwell has stated the RET “should be completely abolished”.

The Abbott government has ditched a carbon price that was working, is undermining the RET (despite going to the election saying it supported it) and maintains a woeful international target of cutting pollution by just 5 per cent on 2000 levels in 2020.

Last November, Tony Abbott engaged in a media stunt that would have had the PR brains in the offices of our biggest polluters gushing with glee when he appeared in front of a coal stack in central Queensland and boldly said “coal is good for humanity”.

When it comes to the impacts of climate change, Australia is right in the firing line. Already pollution is leading to more frequent and more intense droughts, bushfires, heatwaves and other extreme weather. Hot days have doubled in Australia in the past 50 years.

Australians expect elected representatives to provide leadership to protect the population from a known present and future danger, but the government is fiddling while Rome burns.

The government faces a choice. Will it continue listening only to the wishes of the big polluters, or will it start listening to the needs of the people and future generations?

By listing Australia’s biggest polluters, ACF is not aiming to indulge in some kind of village green public shaming. But now is the moment these companies need to acknowledge they can be part of the solution. They need to act rapidly to reduce their pollution levels.

We must consider how to start retiring the most polluting and outdated coal plants and replacing them with clean energy. Clean energy alternatives are ready and available. As the world moves towards climate talks in Paris later this year, Australia needs to present a plan of action. 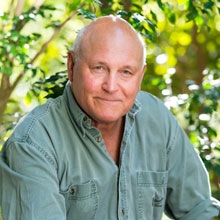