Again and again, our unique Australian creatures and their habitats are under attack.

I see it all too often in my role as a nature campaigner here at ACF. And I don’t know what’s worse – seeing the health of our beautiful and fragile wildlife at risk, or knowing that our weak nature laws allow it to happen.

A few weeks ago, I shared with you that the federal government gave the green light to bulldoze 75 hectares of critical koala habitat west of Brisbane. And it’s already happened again. This time on the Cape York Peninsula, Far North Queensland, threatening vital habitat of the nationally protected greater glider.

The federal government approved the bulldozing of a section of North Queensland forest, based on the assumption that it was not greater glider habitat – despite it being reported that the Department of the Environment and Energy warned that "there is a real chance that the proposed action will significantly impact on the vulnerable… greater glider through the removal of critical habitat." [1]

We knew we had to act.

We flew up and went out with head torches, cameras and an independent ecologist and we found plenty of greater gliders! We collected photos, videos and GPS logs to prove to the federal government that these gliders were in harm's way, and the bulldozing approval needed to be suspended. 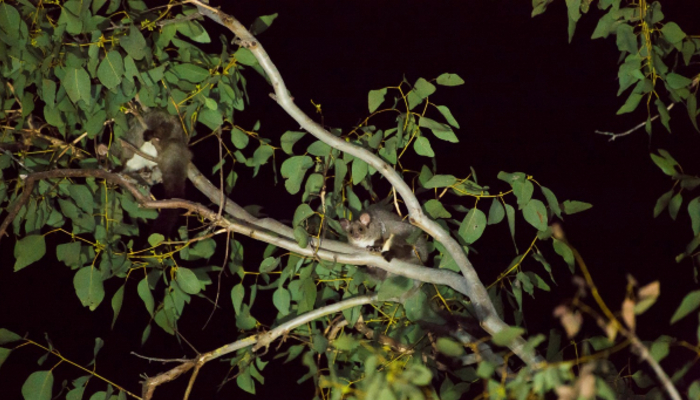 But then we uncovered these precious critters were already in danger.

Just a couple of weeks ago, a fire burned through the area of bush where we’d seen greater gliders.

We have no way of knowing if many of these greater gliders survived. And even if they did, they still face the threat of bulldozing at any moment.

This vital habitat should never have been threatened by bulldozing. Strong, effective nature laws would have protected these incredible critters and their habitat.

We need to act now – demanding the suspension of this flawed approval, protecting these precious gliders and pushing for strong new nature laws so it doesn’t happen again.

Ecological surveys, flights, scrutinising approvals and paperwork to uncover dodgy acts – all of this takes money. But the fact is, as long as our weak, ineffective nature laws are failing our unique creatures and breathtaking landscapes, we will continue to investigate and expose bad decisions, and push our leaders to do the right thing.

You can speak out for our gliders by adding your name to our petition to federal Environment Minister Sussan Ley. We are demanding the minister suspend the approval to bulldoze greater glider habitat and introduce robust new nature laws to stop this sort of thing from happening ever again.

You can also power us to take bold, urgent action – investigating and uncovering bad decisions and showing the need for strong new nature laws – by making a donation today.

People power will win. We’ve been a voice for our forests and rivers, people and wildlife for over 50 years. We’re certainly not going to stop now. Because the alternative is unthinkable.

Use the Australian Conservation Foundation’s data to learn more about habitat destruction approved for the places and animals that matter to you.

Emissions exposé: Australia’s biggest polluters are emitting more than approved and getting away with it