A new global study from the University of Bath in the UK suggests significant pessimism and climate anxiety among Australia’s young people.

In collaboration with university academics from Helsinki, NYU, East Anglia, Stanford Medicine Centre for Innovation in Global Health, Wooster College, the Oxford Health NHS Foundation Trust and the Climate Psychiatry Alliance, the yet-to-be-peer-reviewed study found an alarming level of climate distress among 16-to-25-year-olds around the world.

10,000 young people – including 1,000 Australians – were surveyed as part of the research, which included responses from developed countries like Australia, France, Finland, Portugal, the UK and USA, as well as Brazil, India, Philippines and Nigeria.

“[The study] suggests for the first time that high levels of psychological distress in youth is linked to government inaction,” said study co-author Caroline Hickman.

“Our children’s anxiety is a completely rational reaction given the inadequate responses to climate change they are seeing from governments. What more do governments need to hear to take action?” 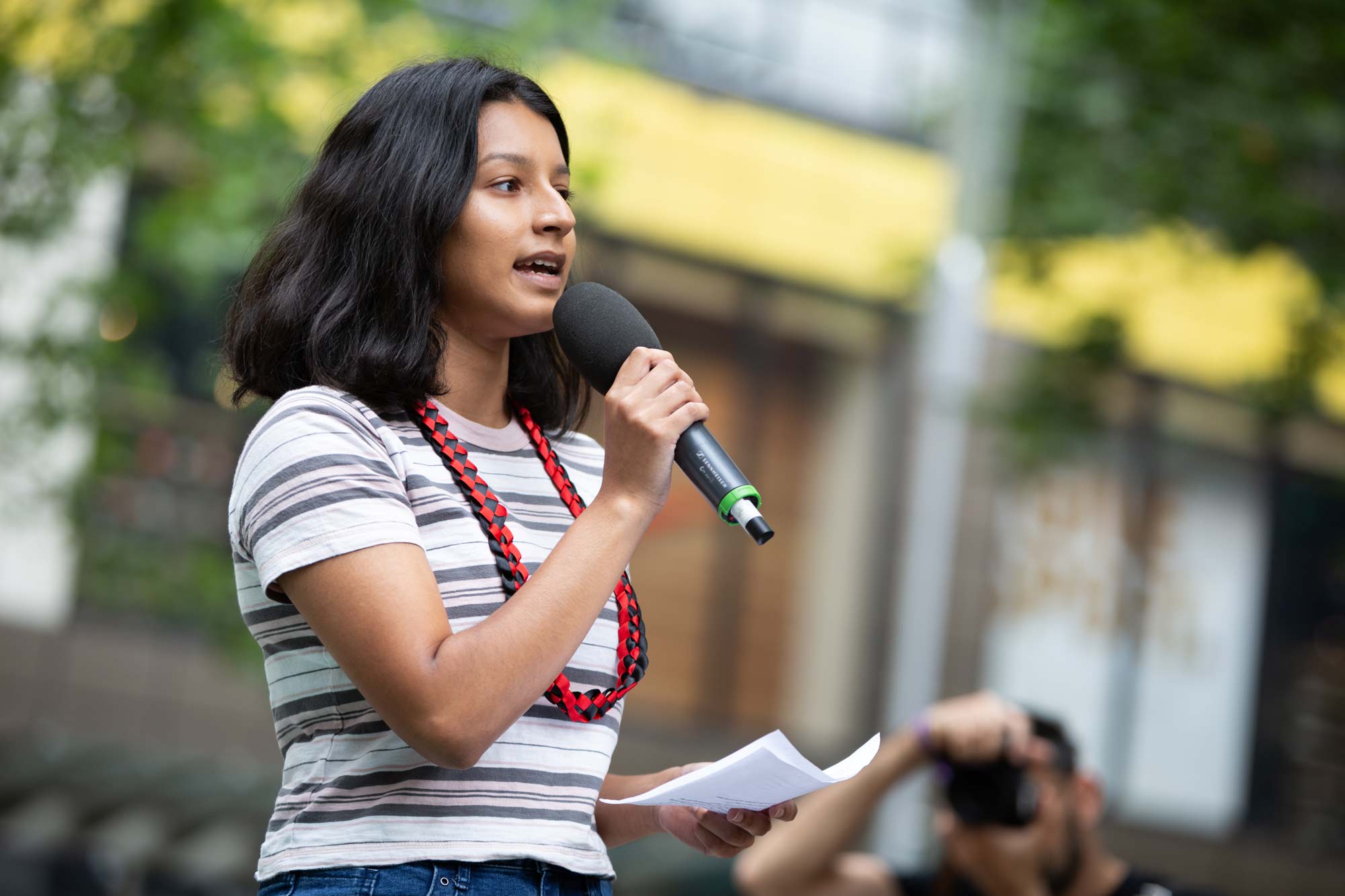 Young people are already speaking out about climate change, but need those in power to take action for them. Picture: James Thomas/ACF

More than 3 in 4 young Australians described being frightened for the future and believe people have failed to care for the planet.

Around 1 in 2 believe they will have fewer opportunities than their parents and that climate change would destroy things they most value and threaten family security.

More than 40% of Australians said they were hesitant to have children due to climate change.

"Our children’s anxiety is a completely rational reaction given the inadequate responses to climate change they are seeing from governments."

The findings build on a survey of Australian women’s views on climate change, conducted by ACF and 1 Million Women in 2019, which found nearly one in three under 30s are so worried about what global warming is doing to the future that they are reconsidering having children.

‘Australia’s Biggest Climate Poll,’ recently commissioned by the Australian Conservation Foundation and conducted by YouGov, found 20% of Australians aged 18-24 have reconsidered or chosen not to have children as a personal response to climate change.

“We know from this [University of Bath] survey that 60% of young people say they feel their distress is being dismissed by adults,” Australian Conservation Foundation media and investigations manager Freya Cole told The Daily Aus podcast when asked about climate anxiety’s impacts.

“This all drills into why young people are feeling sad and anxious. It’s because there’s so much uncertainty about what our elected representatives what to do in the future.”

‎The Daily Aus: 17 September - Why do young people feel so anxious about our climate? on Apple Podcasts

Australia’s Biggest Climate Poll was released by the Australian Conservation Foundation this month and found around 1 in 2 Australians aged 18-24 were worried about the impact of climate change in Australia.

3 in 4 said it was among the top three most important issues for them at the forthcoming federal election.

But the data from Australia’s Biggest Climate Poll and the University of Bath research should come as little surprise to policymakers, given peak health bodies have formally called for climate action and a response to climate anxiety for several years.

In 2019, the Australian Medical Association declared climate change a health emergency, citing “clear scientific evidence indicating severe impacts for our patients and communities now and into the future.”

That same year, Australia’s peak psychology body found climate change was the most important social justice issue among young people and society needed to develop empathy for ‘people of the future.’

It is unsurprisingly future generations that will bear the brunt of climate change, even though some events experienced today - such as the Black Summer bushfires and summer flooding in the eastern states - have been exacerbated by it.

As highlighted in August’s IPCC Report on the physical science of climate change, the consequences of delaying significant action are severe.

Clearly, climate change is a burden on children, but it is adults who have the power to do something about it  now.

If this article has raised issues for you, or if you’re concerned about someone you know, call Lifeline on 13 11 14.