World Migratory Bird Day is critical for raising awareness of the need for conservation for our incredible migratory birds and their habitats. Many Australian birds fly hundreds, or even thousands of kilometres every year to find very specific habitats for feeding, breeding, or raising their young.

In Australia, Toondah Harbour is one of those special places. The harbour is part of the international wetland that is the Moreton Bay Ramsar site and it is located on the Redlands Coast, south-east of Brisbane.

The Eastern curlew is one particular migratory bird that relies upon the wetland at Toondah Harbour along with over 40,000 other waterbirds, plus dugongs, dolphins, whales and sea turtles.

As their feet touch the ground on the mudflats after a staggering 6,000km non-stop journey, do you know what is the first thing on a curlew’s mind? To use their curved beak for the very purpose of probing the mudflats for molluscs and crabs, frantically hungry having lost almost half of their body weight on the long flight across oceans and numerous countries of the world. 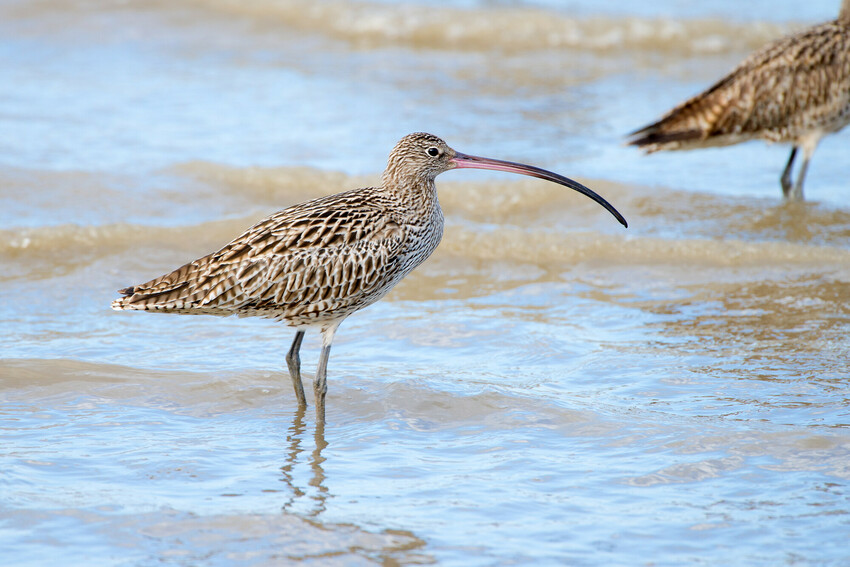 Although international flights may have been almost entirely stopped last year creating a strangely silent sky, COVID did not stop the Eastern curlew doing laps of the planet. These birds breed in Russia and north-eastern China and then travel over 10,000km to enjoy the summer’s sun on the feeding grounds at Toondah Harbour.

But there’s something that could stop the Eastern curlew from making this seasonal journey to Toondah Harbour, and that is the Walker Corporation’s plan to destroy a large area of the wetland to make way for a marina and luxury high-rise apartments.

Despite Toondah Harbour being an internationally protected wetland home to many threatened animals, systemic failures in our national environment law means Walker Corporation – one of Australia’s wealthiest property developers – could be allowed to dredge and dry out about 40 hectares of wetland at Toondah Harbour.

But it’s not just the incredible animals at Toondah Harbour that could be impacted by the decision to allow Walker Corp’s proposal to go ahead.

Allowing this damaging development within the boundary of an internationally protected wetland could set a dangerous precedent for Australia’s 65 other Ramsar-listed sites: like the Gippsland Lakes in Victoria’s southeast, or Lake Pinaroo in the far west of New South Wales.

The fact that Walker Corp’s proposal has been allowed to reach such an advanced stage is a glaring example of systemic failures in our national environment law.

This World Migratory Bird Day, will you pledge to speak out for the Eastern curlew and all the other animals that rely on Toondah Harbour’s sensitive wetlands?

Sign up to our alert list to be one of the first to know when community submissions to Walker Corp’s EIS open.

Walker Corp is required to consider all the possible environmental impacts of their proposed luxury apartment and marina complex. They are currently preparing their Environmental Impact Statement (EIS), which they’ll release to the public for feedback.

The EIS submissions process is an important opportunity to urge the Environment Minister Sussan Ley to reject Walker Corp’s damaging proposal. Ultimately, the decision to allow it to go ahead sits with Minister Ley. 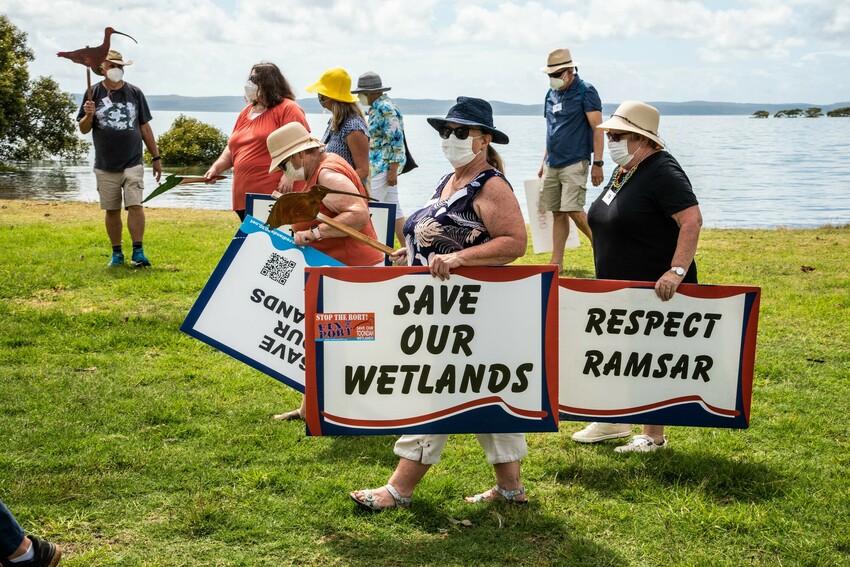 This evening, ACF community members and Toondah Harbour locals will be meeting at dusk for a Lights in the Mud event to celebrate World Migratory Bird Day. The silhouettes of people against the sunset coloured ocean, waving phone lights and holding Eastern curlew-shaped signs will be a reminder of what is at stake.

Imagine the day the migratory birds make that long journey from the Northern hemisphere only to find it has been paved over, and the crisscrossing of speed boats leaves little peace for the great variety of wildlife of the area.

Together, let's make sure that day never comes.