The Albanese Government’s Climate Change Bill has passed the Senate and will now become law. Its target to slash climate pollution by at least 43% this decade falls far short of what the science tells us we need (75%), but it is a significant step forward that we can build from. 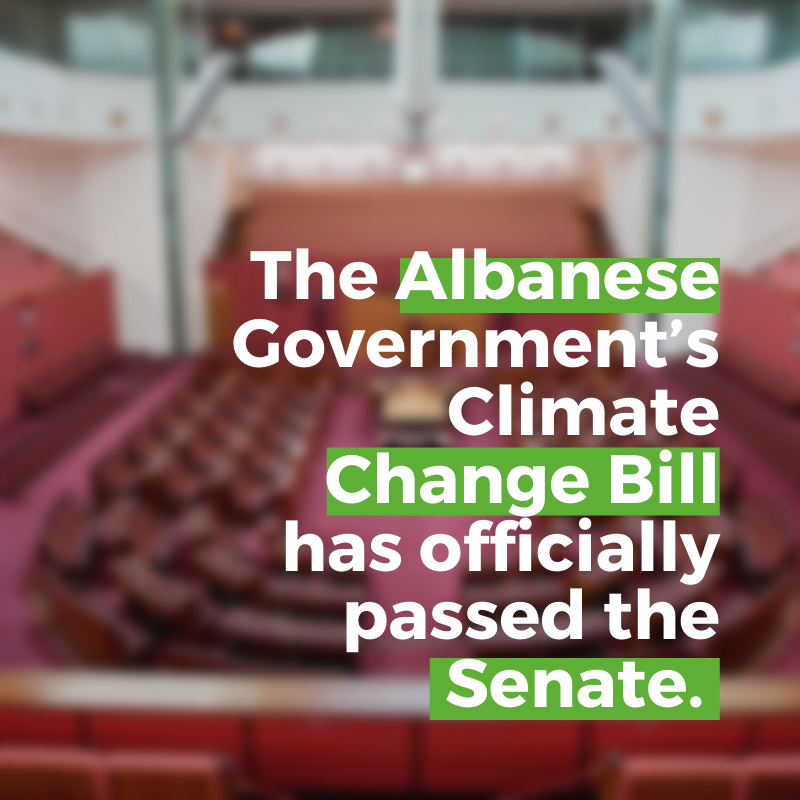 The bill’s major focus is boosting Australia’s target to slash climate pollution this decade. While the 43% target is not ambitious enough to avoid the worst climate impacts, like more extreme floods, fires and droughts, finally it looks like our federal parliament can be a force for action, rather than inaction.

We congratulate Labor, the Greens and independents who negotiated in good faith to significantly improve the bill before it was passed in both houses:

We also welcome the introduction of an additional bill that will oblige federal laws and agencies to take into account the legislated climate targets. This will affect the soon-to-be recalibrated safeguard mechanism, the Northern Australia Infrastructure Facility, Export Finance Australia and Infrastructure Australia.

With your urging, the Prime Minister can be pushed to make the Safeguard Mechanism stronger. Send him the pre-written message now. 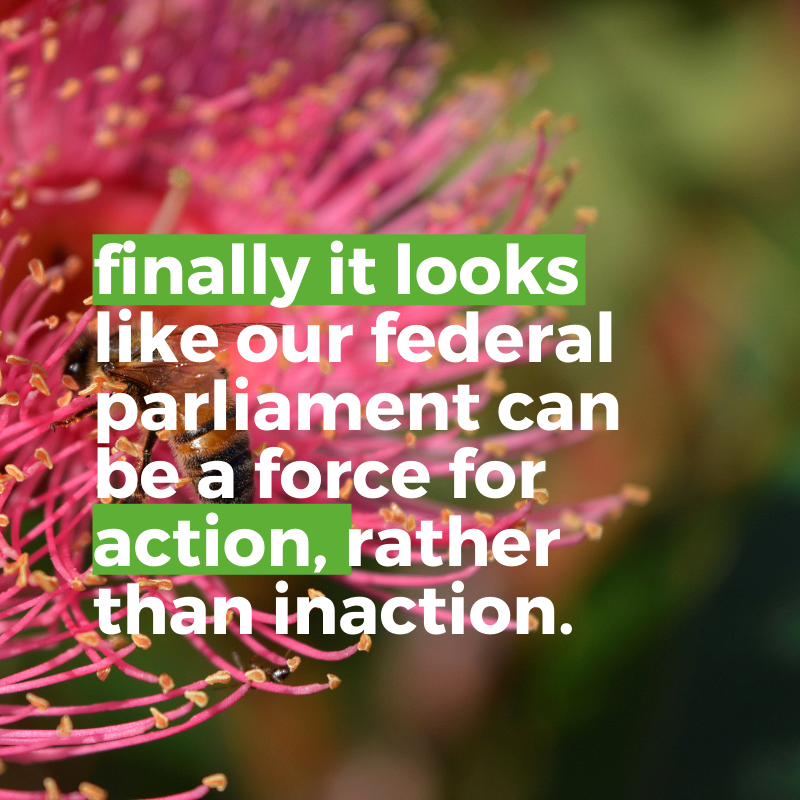 There is still a long way to go to solve the climate crisis and end nature destruction. But here in Australia we now have more than hope. Finally, we have action.

People like you taking action over many years has led us here. Donations, emails to MPs, putting signs up in our front yards, building power deep in communities. Together we keep growing a thriving movement and winning hearts and minds.

Now our decision-makers are starting to take action with us. And while our new government’s policies so far are not enough to protect our communities, rivers, forests, wetlands and animals, we now have the momentum to call for strong action. Let’s keep it up!

If you haven't already, join more than half a million people in the ACF community and raise your voice for climate action with so many others across the country.

People like you taking action over many years has led us here.

As the devastating floods in Pakistan and heatwaves in China show, we must reduce emissions and global heating urgently to protect our communities from increasingly severe disasters. Australia is still one of the world’s biggest exporters of climate-polluting coal and gas. Together we must push for even greater ambition this decade to protect communities and nature from climate impacts.

The UN Climate Change Conference (COP27) in November presents us with a fantastic opportunity. It will bring world leaders to Egypt for critical negotiations on slashing pollution here and globally, including ending public fossil fuel finance and slashing methane pollution.

Here at home, we’ll have more opportunities to boost Australia’s climate ambition and implement solutions that make our lives better.

This includes long-overdue standards for vehicle emissions that can take pollution off our roads and help all of us to travel clean with electric cars, buses and more. As well as a tougher safeguard mechanism requiring Australia's biggest polluters to reduce their emissions.

Our climate team will continue pushing for further improvements and may need your help in calling on decision-makers to step up for improved Australian climate policy and laws.

Want to read more? Check out ACF's submission to the Climate Change Bill. 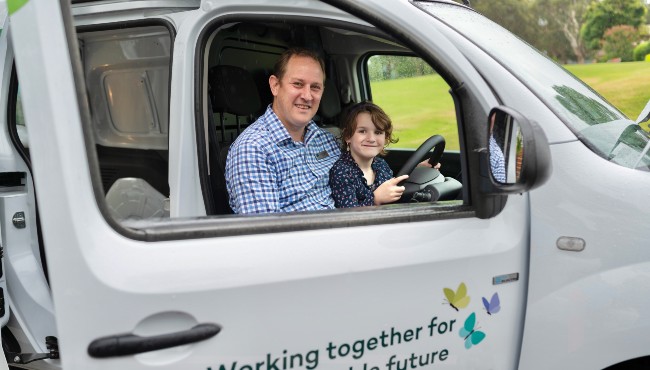