I never thought I’d be writing from Oslo as part of group receiving the Nobel Peace Prize.

When a small group of advocates for health, peace and a nuclear free world met in an ACF meeting room in Melbourne ten years ago, we didn’t imagine we’d end up here.

We were mostly volunteers and held no extraordinary power.

The International Campaign to Abolish Nuclear Weapons (ICAN) was born. We set a clear goal: a binding treaty to prohibit nuclear weapons and their obscene threat to people and planet.

Ten years later we are a determined, worldwide movement of over 460 groups affiliated with ICAN in more than 100 nations. The Australian Conservation Foundation is a proud partner organisation.

Together we have won a global ban treaty on nuclear weapons. And a Nobel Peace Prize.

Nuclear weapons are capable of destroying all life on earth – catastrophic for people, land, water and wildlife – and yet they were legal. They do not promote security, but fatally undermine it. They are obscene and they have no place on a living planet.

Inspired by strategies to ban landmines, chemical and biological weapons, ICAN decided to make nuclear weapons unlawful and shrink any legitimacy defenders of these weapons claim.

We mobilised and united countries with no nuclear weapons behind a global ban treaty.

It is very hard to take the sticks from the biggest kids in the schoolyard, and diplomatic efforts do so failed or were derailed.

So we did not try to convince nuclear weapons states to sign the treaty ban. Instead, we isolated them.

In July this year, 122 other nations agreed on the formal text of a ban treaty. By September, enough countries signed on to make the ban a reality. 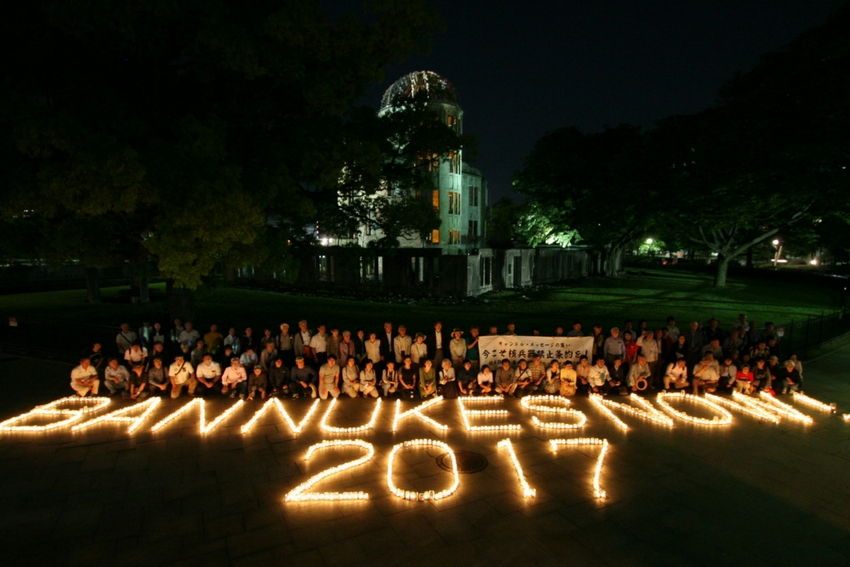 A vigil near the iconic A-Bomb Dome during United Nations negotiations on a treaty to prohibit nuclear weapons in June.
Image: Hiroshima Alliance for Nuclear Weapons Abolition

When fifty nations have finalised their domestic ratification processes, the ban will enter into force and nuclear weapons will be unlawful!

Sadly, Australia has not yet signed on. Our Government now needs to. Australia must choose to be on the side of the global majority of nations and international law.

The International Campaign to Abolish Nuclear Weapons is a platform for the courageous voices of survivors of nuclear weapons use and testing. With their lives irrevocably altered by the mushroom cloud, they are compelling advocates to never allow their suffering to happen to anyone, anywhere, ever again.

In July, Yami Lester, a senior Aboriginal man blinded by British nuclear testing in South Australia in the mid 1950s, passed away.

His daughter Karina is one of many Aboriginal people who are active drivers of the ban treaty.

The ACF community supported Karina to travel to a UN gathering in New York, where she said that while her dad had lost his eyesight he ‘never lost his vision of a cleaner and safer future free of nuclear threats from weapons and waste’.

For people who survived the bombings of Hiroshima and Nagasaki in 1945, or those who survived the 2,000+ nuclear tests across the world since, it is unthinkable to imagine a world where we would see these weapons used again in anger or war. 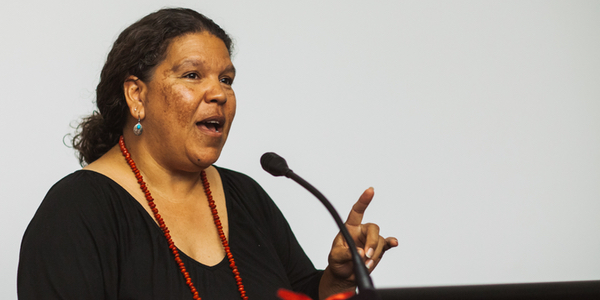 To the best of our knowledge, this is the first time the Nobel Peace Prize has been awarded to an organisation that grew from an Australian initiative.

Standing in the Oslo City Hall with my fellow campaigners accepting the prize was an extraordinary moment for the nuclear free movement and due recognition for the tireless work of thousands of people who were not in the hall.

ICAN represents an important, proud and powerful tradition of protest, opposition and action.

ACF campaigns to stop the supply of uranium that fuels nuclear reactors, weapons and becomes radioactive waste, polluting air, soil and water. Australia has around 40% of the worlds known uranium deposits.

We recently won the campaign against a risky plan to store one-third of the world’s high-level radioactive waste in South Australia – and celebrated with friends and allies.

But the threat is not over and two communities are under intense pressure – this time from a federal government plan to move Australian radioactive waste onto their land.

You can sign the petition to South Australian Premier Jay Weatherill and Opposition Leader Steven Marshall to say, “No radioactive waste dump in Kimba or Flinders Ranges.”

It’s been an ecstatic and bewildering ride. When the Nobel Prize committee rang the ICAN office, people were worried it was a prank. The reality is slowly sinking in. We are humbled and honoured.

This is truly a tale of “from little things, big things grow.”