While Lismore residents’ houses go under water for the second time this year, the Morrison government plans to cut spending on climate change if it wins May’s federal election.

Australian Conservation Foundation (ACF) analysis of the budget papers shows environment spending will decline as a proportion of the overall budget spend from 0.5% of the total in the Coalition’s first budget in 2013-14 to 0.3% in 2025-26.

The graphs below show the downward trend. 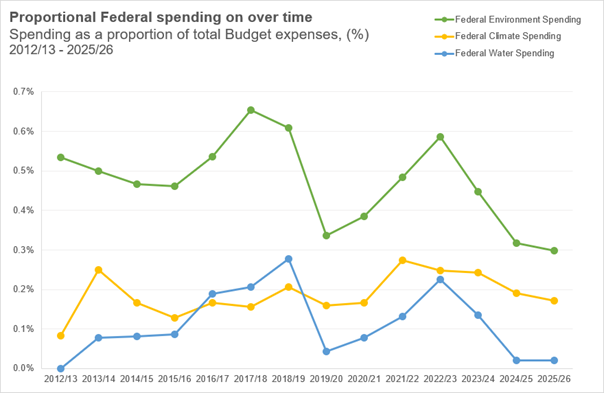 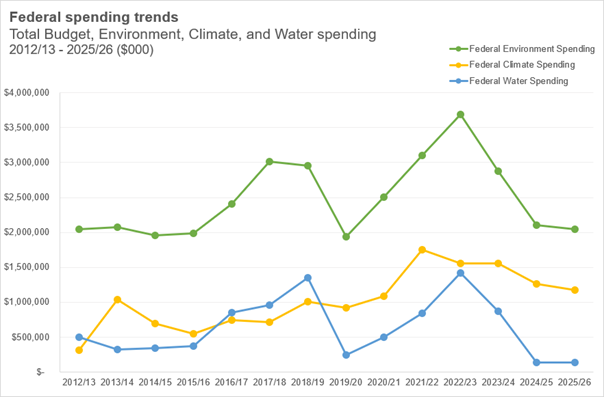 “Our hearts go out to people in northern NSW and south-east Queensland who are dealing with flooding rains again – so soon after mopping up from last month’s floods,” said ACF’s Economy and Democracy Program Manager, Matt Rose.

“It defies comprehension that the Morrison government’s pre-election budget has chosen to cut spending on climate change over the coming four years.

“The budget instead directs a flood of money to fossil fuel industries with $7.6bn in the next financial year spent on the pollution-encouraging fuel tax credit subsidy, $300m for a liquefied gas and hydrogen hub in Darwin, another $50m for gas infrastructure and $7.5m for gas exploration in the Beetaloo Basin.

“While we are living through a climate and extinction crisis, this government is pumping billions of dollars into the industries exacerbating the problem.