In November 2015, ACF filed a case to challenge the federal approval of the Carmichael coal mine (‘Carmichael case’) under the Federal Environment Protection and Biodiversity Conservation Act (‘EPBC Act’). The purpose of it was to highlight Australia’s failed environmental laws, Australia’s failure to act on climate change and of course to stop the Carmichael coal mine – a mine that would be the largest in the Southern Hemisphere. The hearings were held in Brisbane’s Federal Court on 3-4 May, 2016 before Justice Griffiths.

ACF took the case because a challenge to the Carmichael decision on climate change grounds stood to be a very significant environmental law case in Australia. It had the potential to set important legal precedents, incorporating climate change considerations into the EPBC Act and importing some of the strong language of the World Heritage Convention into domestic law.

To summarise the case, ACF argued that in making his decision the Minister did not correctly or fully consider the impact or likely impact of pollution from the coal burnt in India on the Great Barrier Reef. That is, he incorrectly characterised combustion emissions as “not a direct consequence of the proposed action” and did not properly applying the legal test that was required by s527E of the EPBC Act.

We always knew that these cases are very difficult to win. The serious limitation of environmental laws in Australia is that one can only challenge the Minister’s decision on process, not on merit. This is called “judicial review”. In essence, this means that the Court won’t say “Minister, you got it wrong”. The only thing it will be willing to say is “you followed the wrong legal process when you made the decision”. That is why there is such a low rate of success for these kinds of cases.

But we thought, what we have on our side is that Adani’s Carmichael mine is one of the largest proposed coal mines in the world and the magnitude of pollution will have a significant impact (at Adani’s own admission). If you can’t win a case like this, then you just can’t win!

On Monday 29 August 2016 we heard that the Justice Griffiths had dismissed our appeal and found that the Minister made no error of law in approving the mine under the EPBC Act.

The case came down to a very narrow legal point, which looked at the definition of ‘impact’ under the EPBC Act. Unfortunately, the Minister succeeded with his excuse for not considering the impact of the pollution on the Reef.

The Minister claimed that because climate change is a global problem, and the quantity of overseas pollution was subject to a range of variables, to quantify actual net pollution would have been speculative and thus there was ‘no relevant impact’ for the purposes of the EPBC Act. Sadly, the Judge found that this was a legitimate decision-making process under the section of the EPBC Act and thus no error of law was made.

While ACF had hoped that the case would test the adequacy of environmental laws in Australia – I don’t think even we foresaw just what a catastrophic failure it would illustrate.

The Judge did say, and I quote from the Judgement:

“It is important to emphasise at the outset the restricted character of this proceeding. On a judicial review application, the Court cannot step into the shoes of the Minister and decide for itself whether Adani’s action should be approved and, if so, what conditions should apply. The Parliament has conferred that task and responsibility on the Minister and the Minister alone. This Court’s function on a judicial review is significantly more limited, confined as it is to a review of the legality, and not the merits, of the Minister’s decision. Ultimately, it is the Minister who must accept responsibility and be accountable for the merits of his decision.”(ACF Inc v Minister for the Environment [2016] FCA 1042, at paragraph 4)

In a case like this the usual Court rule is that ‘costs follow the event’, which means that the losing parties pays the legal costs of the other parties. This is a risk that was known to ACF when it commenced these proceedings and an eventuality we are prepared for. That said, ACF believes the case was taken to the court in the public interest and thus that full costs should not be payable. In an application back to the Court on Friday 2 September 2016 we asked the Judge to depart from the usual costs rule, in acknowledgement of the public interest motivation behind the case.

Last Thursday, the Judge ruled that there as “considerable public interest and public concern” in the case, and thus that ACF should not have to pay the full costs, even though we lost the case.

The Judge ruled that ACF pay 70% of the Minister’s costs and only 40% of Adani’s costs.This is a rare and significant departure from the usual ‘costs follow the event’ rule. While of course we would have preferred to have a ‘no costs’ ruling, this is significant acknowledgement of ACF’s credibility, representation of the Australian public and the public interest and novelty in the case we chose to take.

Here is an excerpt from the Judgement:

“… the ACF relied on an affidavit of its chief executive officer, Ms Kelly-Ann O’Shanassy, which established that the ACF has 340,000 supporters and that polling conducted by ACF on 30 August 2016 showed that 86 per cent of those surveyed agreed that the Federal Government must make protecting the Reef “an absolute” priority” (para 6) … [this] confirms that there is considerable public interest and public concern relating to the possible effects of climate change on the Reef.” (paras 13)

The rule of law is a fundamental element of Australian democracy. The rule of law means that, simply, no one is above the law. ACF believes that review of government actions by courts is a vital accountability mechanism to ensure governments are not acting outside their powers or interpreting the law in a way that is convenient to their political agendas. It is one of the most orthodox methods for challenging government decision making in a mature democracy. ACF believes that all Australians should have access to the courts to hold government decision makers to account for decisions that impact us all. This costs decision is a step in the right direction.

ACF is committed to stopping the Carmichael Coal Mine and will look at all avenues to do so including legal avenues. The deadline for any appeal is Monday 19 September 2016.

You can read the full judgement here. 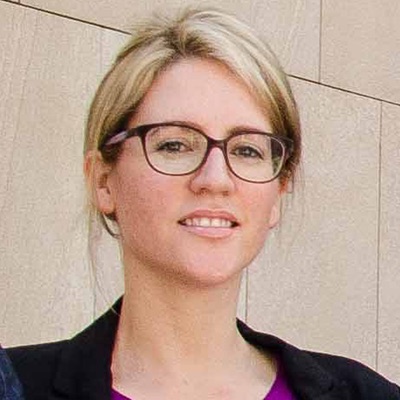