If we only ever tackle the symptoms of environmental devastation such as habitat destruction or even climate change, and don’t work on the underlying causes, we risk only making small, incremental changes to the state of our environment. We’ve realised that what’s really needed are changes that are big and permanent.

To this end, ACF commissioned research to delve deeper into the causes of environmental destruction. The research identified ten ‘drivers of unsustainability’ that were complex and intertwined.

The researchers sought to determine if there were more underlying drivers that acted as connectors between the ten identified drivers, underpinning and therefore impacting on multiple drivers. The two drivers that were identified as fundamental to all other examples of environmental destruction in Australia were the power of incumbency and activating extrinsic values.

Report co-author, Professor David Griggs, gives some insights into what the research uncovered and what it means for ACF members and the broader movement. Professor Griggs is Professor of Sustainable Development at Monash University and Warwick University in the UK. 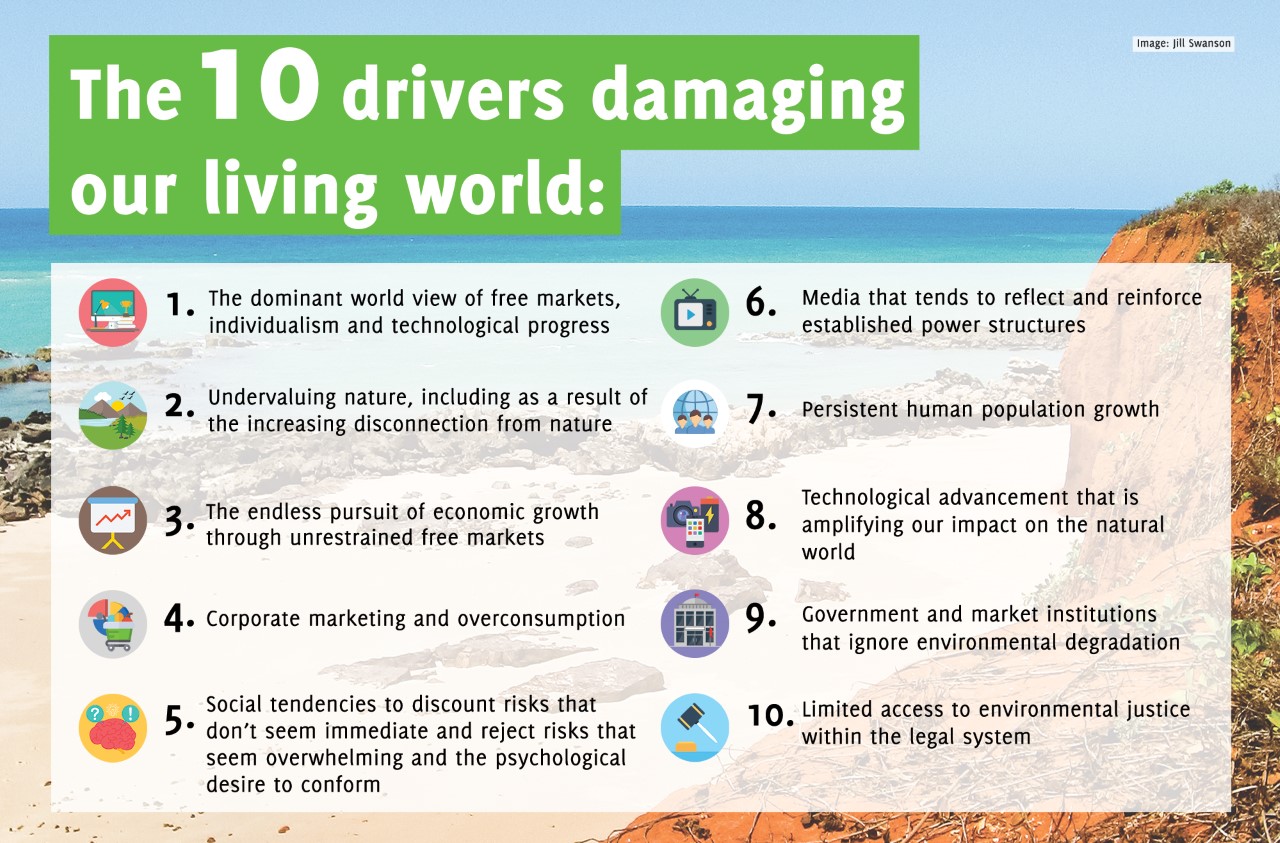 The ten 'drivers of unsustainability' identified by the ACF-commissioned research were found to be strongly intrerconnected and mutually reinforcing. Graphic: Thomas Kinsman

What did your (Drivers of Unsustainability in Australia) research set out to find?

The idea of the project was to try to address some of the causes of environmental degradation rather than just deal with the impacts. The higher you move up the value chain, the more effective you will be at tackling an issue. It’s obviously much more challenging to tackle the issue at this level but there are much bigger and more sustained impacts.

What’s a real life example of addressing the causes rather than the impacts?

I will use the problem of unsustainable logging as an example. You can stop logging impacts by blockading the logging site but if you are able to delve into the causes and address these, you will have a bigger impact. So, in this example, looking at the reasons why people are logging is key —asking if it is for economic, social, cultural or historic reasons —then dealing with the causes of the issue rather than the end result.

Why is this research important?

It’s very important for a number of reasons. Identifying the end point of the issue means you’re not dealing with spot fires but addressing root causes. This means you’re able to address many unsustainable outcomes by addressing one underlying driver. For example, if you focus on the driver of values, by which I mean shifting from a system that prioritises wealth and economic growth above all to a more broad-based system that intrinsically values our natural world, you can address issues as wide ranging as logging to polluting the Great Barrier Reef. It means that you are not having to deal with a million different issues as they’re all intertwined.

Two underlying drivers of unsus­tainable practices which the research uncovered were values and the power of incumbency. Can you explain a bit more about what these drivers mean?

We define values as ‘shifting from a value system that prioritises monetary wealth and economic growth above all, to a more broad-based value system that intrinsically values our natural world’. Incumbency is ‘the difficulty in changing a system when the rules and power structures are in the control of those who benefit from the system, and therefore have a vested interest in maintaining the status quo’.

"You can stop logging impacts by blockading the logging site but if you are able to delve into the causes and address these, you will have a bigger impact." 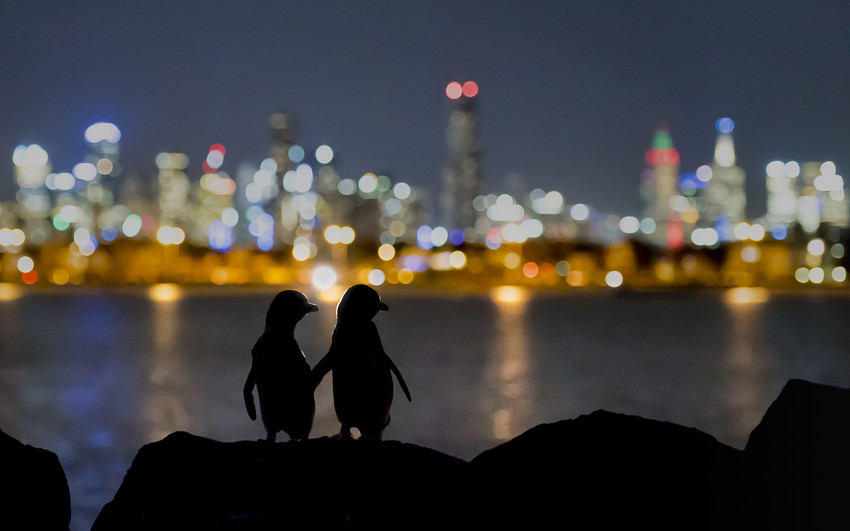 We define values as ‘shifting from a value system that prioritises monetary wealth and economic growth above all, to a more broad-based value system that intrinsically values our natural world. Photo: Doug Gimesy Photography.

What was a key insight from your research?

One key insight was just how powerful values are in shaping people’s beliefs. The importance of values has been known for a long time. If we worked in a fact-based world it would be simple but that’s not the case because what people want to believe is driven by different values. Regarding the power of incumbency, this is relevant to our research because if you look at who holds the ‘levers of power’, you can see how only a few benefit at the expense of many; that the vested interests win out. This is the case across different contexts as the power of survival is the driving force. Changing the status quo is the solution but how do you do this?

Exactly. How do you suggest that this change happens?

There’s no doubt that it’s a difficult proposition. For example, most US citizens believe in climate change and gun control and most want change. Currently incumbents such as the National Rifle Association hold the ‘levers of power’, thereby making change very difficult. Nonetheless change does happen; look at the more local example of Hazelwood.

How can the power of incum­bency be overcome despite the fact that incumbents such as big polluters are strong?

To take the example of closing down a coal-fired power station such as Hazelwood, this occurred through collective, sustained action. This action held those in control of the system, as well as those who were set to benefit from it at the expense of our living world, to account. Another current example is the Adani campaign —this is both the power of incumbency and values related. It crosses both drivers absolutely.

Were there any surprises that your research uncovered?

If you knew the answer then you wouldn’t need to do the research. The thing that did surprise me, is just how powerful these drivers are. I knew these drivers existed but I didn’t realise how fundamental these drivers are and hence how critical they are to the issues we face.

"Changing the status quo is the solution but how do you do this?" 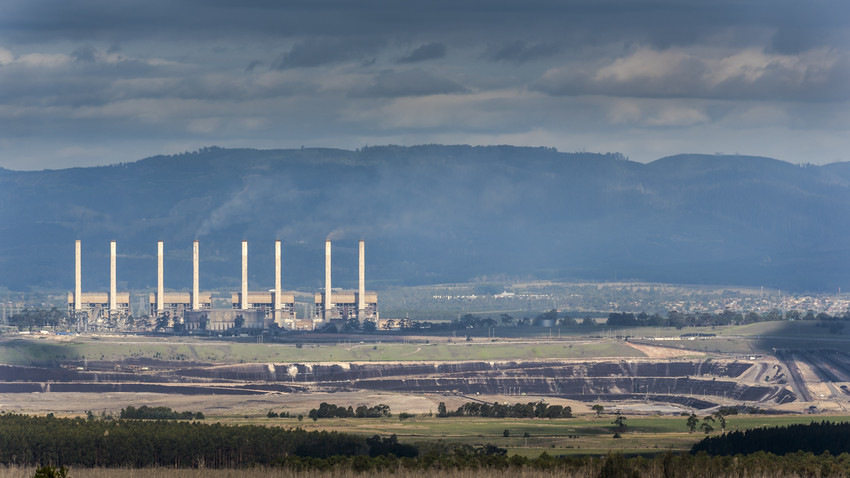 What role do ordinary people have in addressing the causes of an unsustainable environment?

They have an absolutely critical role both individually and collectively. A common question I’m asked when I’m speaking about climate change is “how can I have an impact when I’m one of 7 billion people?”

I reply that yes they can and use an example of highly successful individual and collective action. For example, bribery in India is endemic and benefits the few people that are the incumbents of the system. Knowing this, an affected man set up a website called I paid a bribe, and suddenly hundreds of thousands of people were documenting their bribes and the corrupt individuals who asked them for a bribe. The founder found a weak point in the system and then exploited it for good.

What role do you think an organ­isation like ACF can play in addressing these challenges, par­ticularly in relation to our current collective action to stop Adani?

It’s really important for ACF to continue to tap into this sentiment of shared values and mobilise as many supporters from like-minded groups as possible to collaborate to stop Adani. Those in control of a system prefer a ‘divide and rule’ approach where everyone is in competition as this works for them. If everyone is competing against each other, they don’t necessarily question the power structure. This weakens collective power, in turn strengthening their power.

The real power, I believe, lies in ACF’s ability to reject the inherent competitive ‘divide and rule’ mentality and disrupt it with a collaborative approach towards the common goal of rejecting a coal mine. ACF really needs to be the vanguard of the community, leading the way to dismantle the vested interests and challenge those who control the ‘levers of power’.

Do you think Australia’s deci­sion makers and politicians are able to tackle these issues of environmental destruction or are they seen as ‘too hard’?

I think they’re put in the ‘too hard’ basket for a lot of people. The political system we have at the moment is not set up to address issues like this; it’s set up for short term gain. In theory we elect governments to govern in our best interests but it is so difficult to be able to do that effectively because of the way the system is set up. It takes leaders of real courage to say ‘I’m doing this because it’s good for you and society not because it’s going to get me re-elected’. Leaders can be governed by a weekly media cycle now. It’s quite extraordinary. It used to be 3–5 years with an election cycle but now it’s determined by media cycles and the latest polling.

"Those in control of a system prefer a ‘divide and rule’ approach where everyone is in competition as this works for them. If everyone is competing against each other, they don’t necessarily question the power structure." 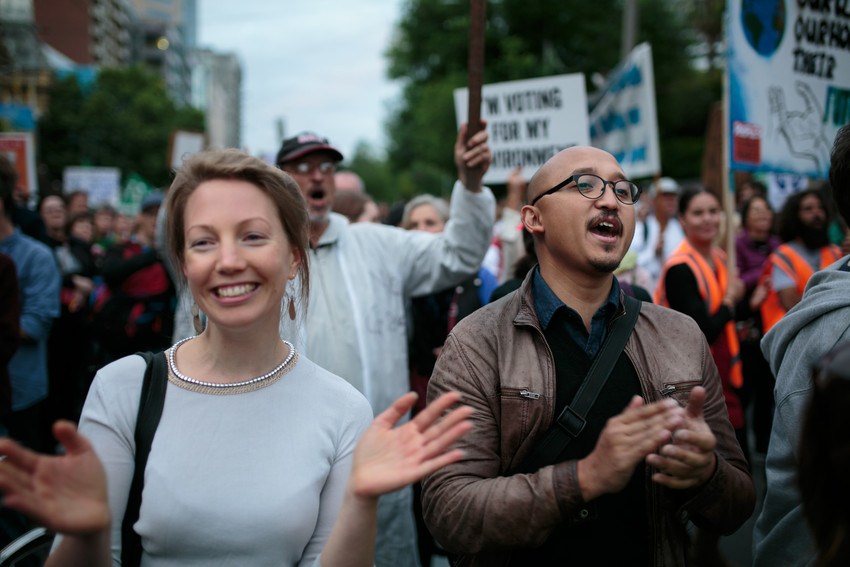 Are you optimistic that we can actually address the challenges of an unsustainable environment?

I oscillate on this. On good days, I see the enormous progress that’s being made. I’ve been in this game for a long time. Thirty years ago no one had even heard of climate change. There has been an incredible push towards renewable energy so we’ve come an immensely long way in an immensely short period of time even if it doesn’t seem like it. On my bad days, I see that greenhouse gases are still rising and that change is not happening in the magnitude needed. I still think we are in a position that we could avoid the worst impacts of climate change. Some are unavoidable but not all if progress continues at an accelerated pace.

What will the future look like if we choose to address these challenges?

We need to stop focussing on the problems, as we have done historically, and paint a good picture of what the world would look like if we chose to address the causes of an unsustainable environment. It would be a wonderfully fair and open society, where we have addressed how we consume with minimal waste and have smartly designed cities. The UN Sustainable Development Goals set a good roadmap for achieving this, ensuring the protection of the planet for future generations. It would be a future where we have truly addressed the three pillars of sustainable development: economic prosperity and social justice so that wealth is distributed more fairly and inequalities have been addressed, and environmental protection where we have safeguarded the environment for future generations.

What’s your final message to our readers?

Everything we have comes from the natural environment. If we screw that up, we screw everything up.

"Everything we have comes from the natural environment. If we screw that up, we screw everything up." 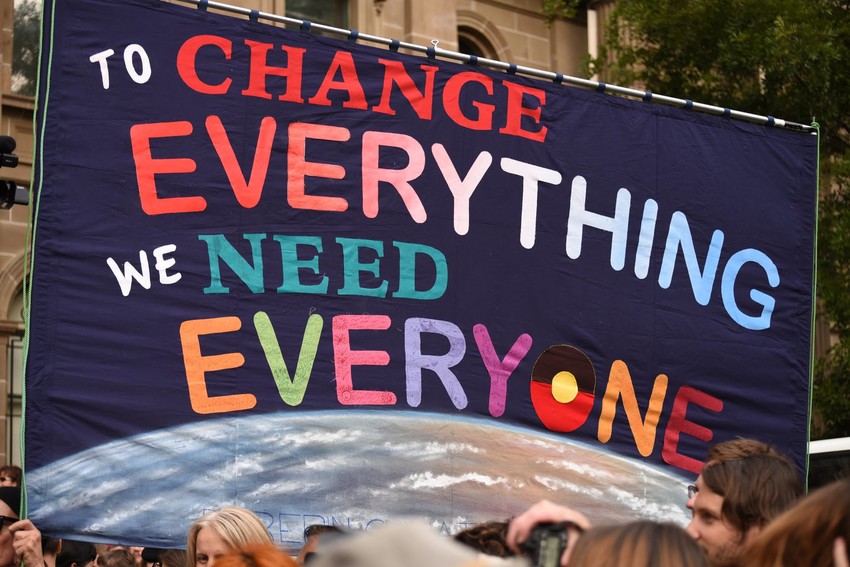 Identifying the end point of the issue means you're not dealing with spot fires but addressing root causes. Photo: James Thomas.

Enjoyed reading this habitat story? Become an ACF member for $10 a year and receive bi-annual copies of our member-only magazine. 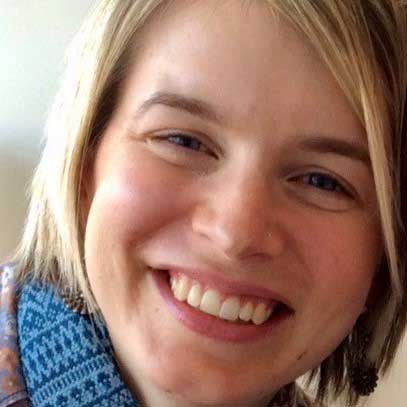 A roadmap for Gladstone's next 10 years

Our beautiful, bi-annual magazine features our natural world and stories, ideas, inspirations and issues we face as a community.