Australia could create 395,000 new jobs and generate $89 billion in new trade by 2040 through investment in renewable energy exports. This is greater than the economic value and jobs in today’s fossil fuel exports.

Leaders of the Australian Conservation Foundation, the Australian Council of Trade Unions, the Business Council of Australia and WWF-Australia, meeting at the Better Futures Forum, have welcomed the Albanese government’s continued commitment to a renewable export future for Australia.

Speaking at the Forum’s breakfast event, the Minister for Climate Change and Energy, Chris Bowen, reaffirmed the Albanese government’s ambition to ensuring we become a renewable export powerhouse.

“The dividends for our country could be enormous. Now we’ve got to get on with it. Build the renewables, build the transmission, build the storage - and then build it more so we can export it to the world.”

The Sunshot report, released last October, outlined a future in which:

The Sunshot report outlines a Renewable Export Strategy that includes a $5 billion fund for workers and regions delivered by a new energy transition authority to manage the transition in regional economies and workers whose livelihoods depend on carbon-intensive industries; support for low-carbon materials in major infrastructure projects; co-investment in new industries and coordinated investment in renewable energy powered industrial precincts.

“On the back of the Jobs and Skills Summit, Australia has an opportunity to reset and set ourselves up to build the industries of the future as we decarbonise. Acting now puts us in the box seat to take advantage of our world class skills, abundant resources and proximity to markets to secure existing jobs and create new ones,” said Jennifer Westacott, Chief Executive of Business Council of Australia.

“We can and should reach net zero by harnessing Australia’s abundant natural resources to boost exports, drive investment in new technology and deliver a stronger economy with new and better jobs,” Ms Westacott said.

“Australia has the key ingredients to build a thriving renewable export sector. We have abundant sunshine and wind, a high-quality education and research system, critical minerals resources and advanced manufacturing capabilities. Most importantly we now have a new mindset – one that sees this as the biggest opportunity in a century for our nation – to deliver meaningful change,” said Dermot O’Gorman, CEO of WWF-Australia.

“Achieving this change will require bold, coordinated national and state actions, unlocking billions in investments that must be supported through a national renewable energy exports strategy. The time is right for Australia to play a leadership role in addressing climate change – including hosting the climate COP – because we have the potential to be the tipping point for global energy transformation,” Mr O’Gorman said.

“The Sunshot plan is an exciting and shared blueprint for creating good and well-paid jobs in renewable energy export industries, especially in the regions that have powered our country for so long,” said Michele O’Neil, President of ACTU.

“Those workers and communities most affected by our energy transition need the support, the retraining and opportunity to land those jobs. That’s exactly why we are all united on the need for a national energy transition authority to deliver this,” Ms O’Neil said.

“At present Australia’s exports are fuelling the climate crisis, but we can retain our mantle as a reliable exporter with a new focus on critical minerals, renewable energy and green steel, hydrogen and aluminium,” said Kelly O’Shanassy, CEO, Australian Conservation Foundation.
“Climate damage is here, now, so we need climate action now,” Ms O’Shanassy said. 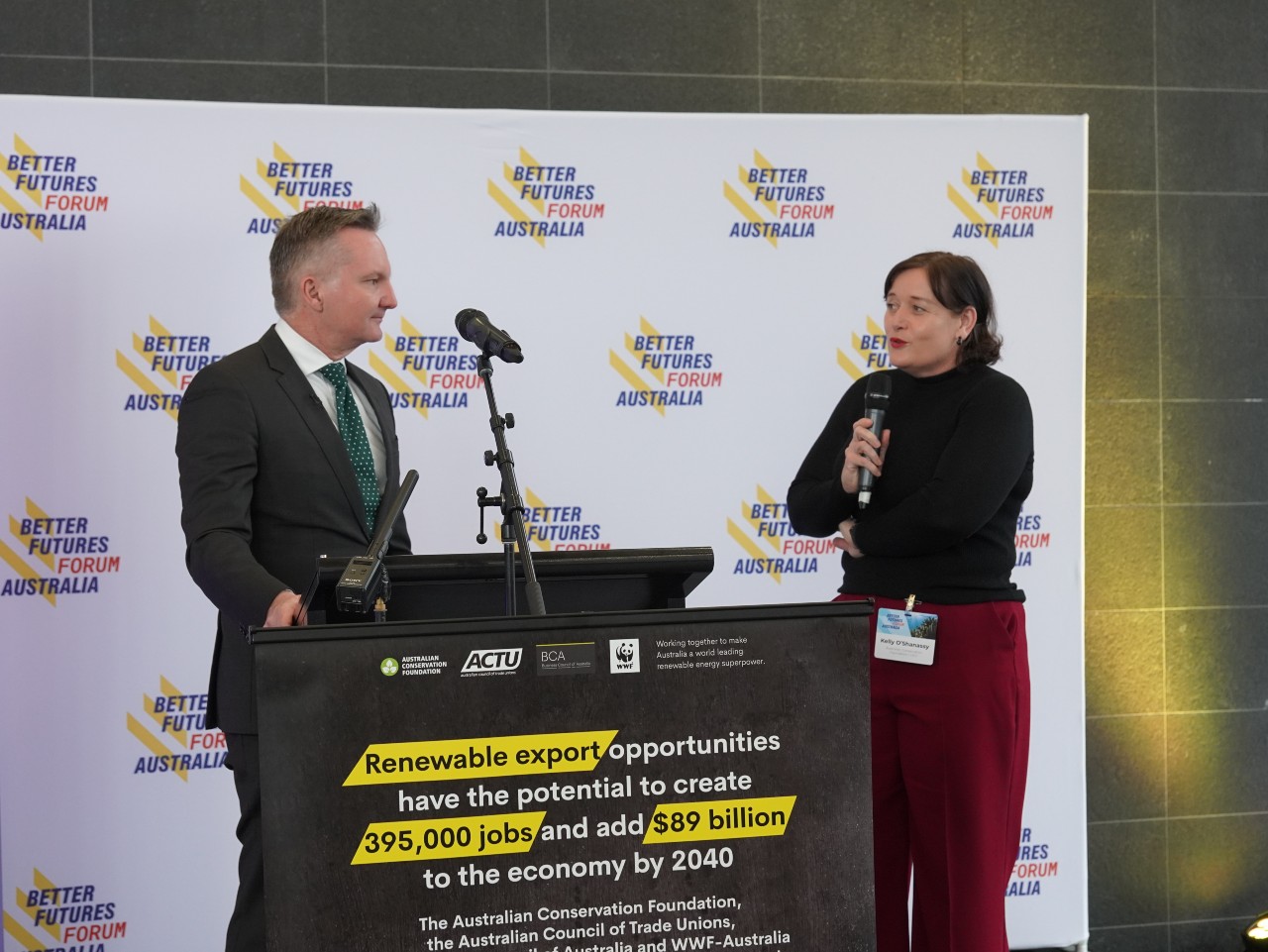