Hot summer nights, the smell of a barbeque and an eclipse of moths flitting around outdoor lights. It’s a scene familiar to many Australians.

Like so many people, I remember the balmy evenings filled with Bogong moths from my childhood. Crowded into corners on brick walls, bashing themselves against brightly-lit windows at night, even landing on Yvonne Kenny at the closing ceremony of the 2000 Sydney Olympics.

The annual influx of Bogong moths was a noticeable part of the lived experience of the warmer months on the east of this continent, and for nobody more than First Nations people. Many First Nations peoples have long harvested migrating Bogong moths as a plentiful and nutritious food source, with different groups converging on the high plains to do business and conduct cross-cultural ceremonies during the migration period.

Years later as an adult I had the privilege of working on a Bogong moth citizen science initiative. Through countless hours spent looking at sightings, I fell in love with this unassuming but truly amazing animal, and came to better understand the critical roles that Bogong moths play in Australia's vast alpine ecosystem. 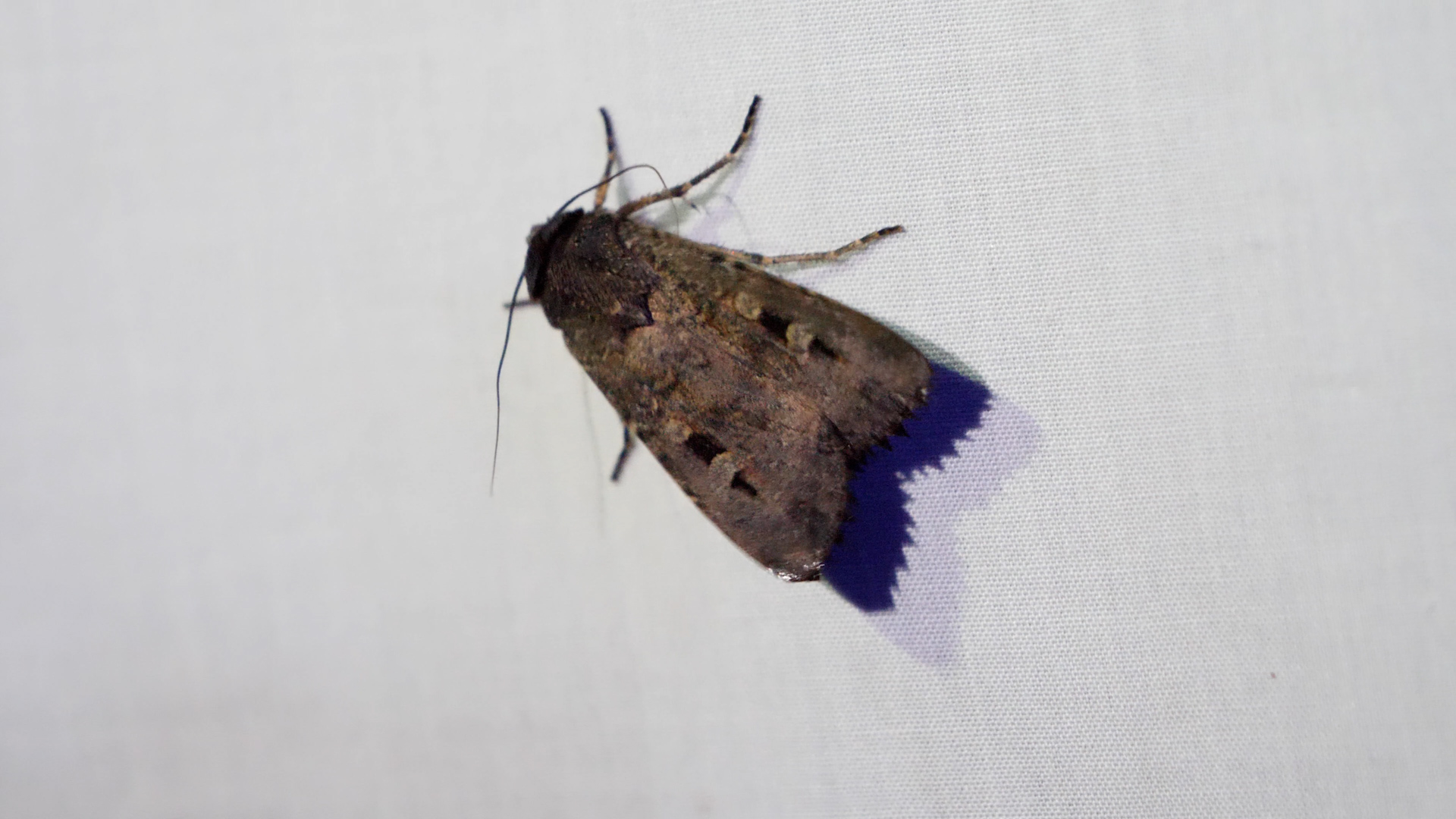 Fast forward to 2022, it’s a cool brightly-lit Spring night and I’m standing on the top of Mount Selwyn on Ngarigo Country, gathering information for a report on the 2022 Bogong moth migration and desperately hoping to spot one. But now, it won’t be as easy as it was in my childhood.

The Bogong moths that we took for granted as an annual sign of impending summer, much like the Christmas Beetle, have virtually vanished. This is a sign of nature in trouble, an example of how climate change can cause a species to disappear before our eyes.

Stood beside me on Mount Selwyn is Professor Eric Warrant, a scientist who has studied the moths for decades and is passionate about Australia’s alpine environment. He and his Swedish colleague Linnea Rosberg have strung up a white bed sheet between two trees and hung a special light in the hope of attracting and counting moths that pass through. 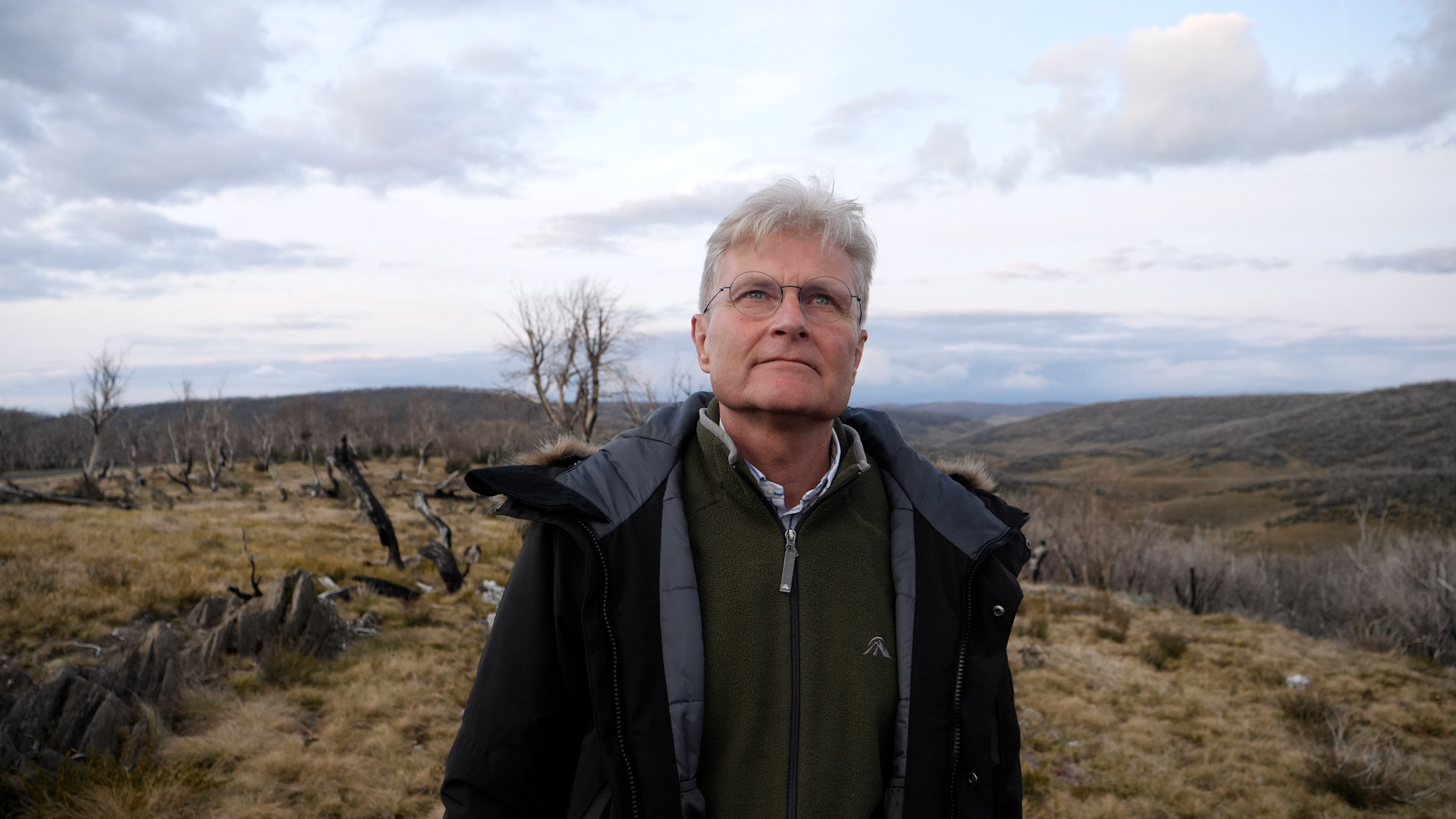 Bogong moths have migrated to this very place for thousands of years, long before Europeans arrived and long before it was called Kosciuszko National Park. Somehow, they know exactly how to get here.

“The Bogong moth’s journey takes place at night, and our research has shown that it uses the earth's magnetic field and the starry night sky as compasses to find its way,” explains Warrant.

“Apart from ourselves and some species of night-migratory birds, the Bogong moth is the only other animal known to be able to use the stars as a navigational compass. So the Bogong moth is not just any moth. If we lose it, we lose an astonishing and unique navigator, a cultural treasure and a keystone species in the health of the alpine ecosystem.”

But human-induced climate change is now inextricably tangled up in the ancient story of the Bogong moth, and of the Australian Alps where it migrates to each year.

Just five years ago, Australia’s mountains fell silent as the yearly abundance of moths failed to arrive. Over 1,000 kilometres away in the Bogong moths’ breeding grounds of northern and central NSW (habitat which has long been converted to monoculture fields of broadacre agriculture) drought conditions were so severe that many Bogong moth larvae did not survive into adulthood. The ones that did likely didn’t have enough to eat. From 2017, the moth population crashed by up to 99.5%—the migration relied upon by mountain pygmy-possums in the Alpine ecosystem didn’t arrive and the possums started to starve, and people started to worry.

The collapse of the Bogong moth coincided with climate change-induced extreme weather events in other areas too. In 2019-20 the Black Summer bushfires burnt places that were never meant to burn - including here.

Professor Warrant paints a picture of what these mountains looked like before the 2019-20 fires; huge towering snow gums and full of life. Now, although still hauntingly beautiful, bare and scorched tree limbs etch out jagged shapes against the dark landscape, kilometre after kilometre of dead trees.

Professor Warrant was one of the many experts who never saw the 2017/18 population crash of Bogong moths coming.

“I was extremely shaken by the sudden disappearance of the Bogong moth…. This clearly showed me that the annual migration is not a given, and that climate change is having, and is likely to continue to have, a devastating impact on the Bogong moth's long-term chances of survival,” he said.

Back on Mount Selwyn, we hear a faint ‘thud’ and look over at the white sheet, cast in a purple hue from the light hung above it, and find a small dark mark. Linnea moves over to inspect a brown moth, a teardrop and kidney-shaped marking on each wing. “It’s a Bogong!” she shouts excitedly. 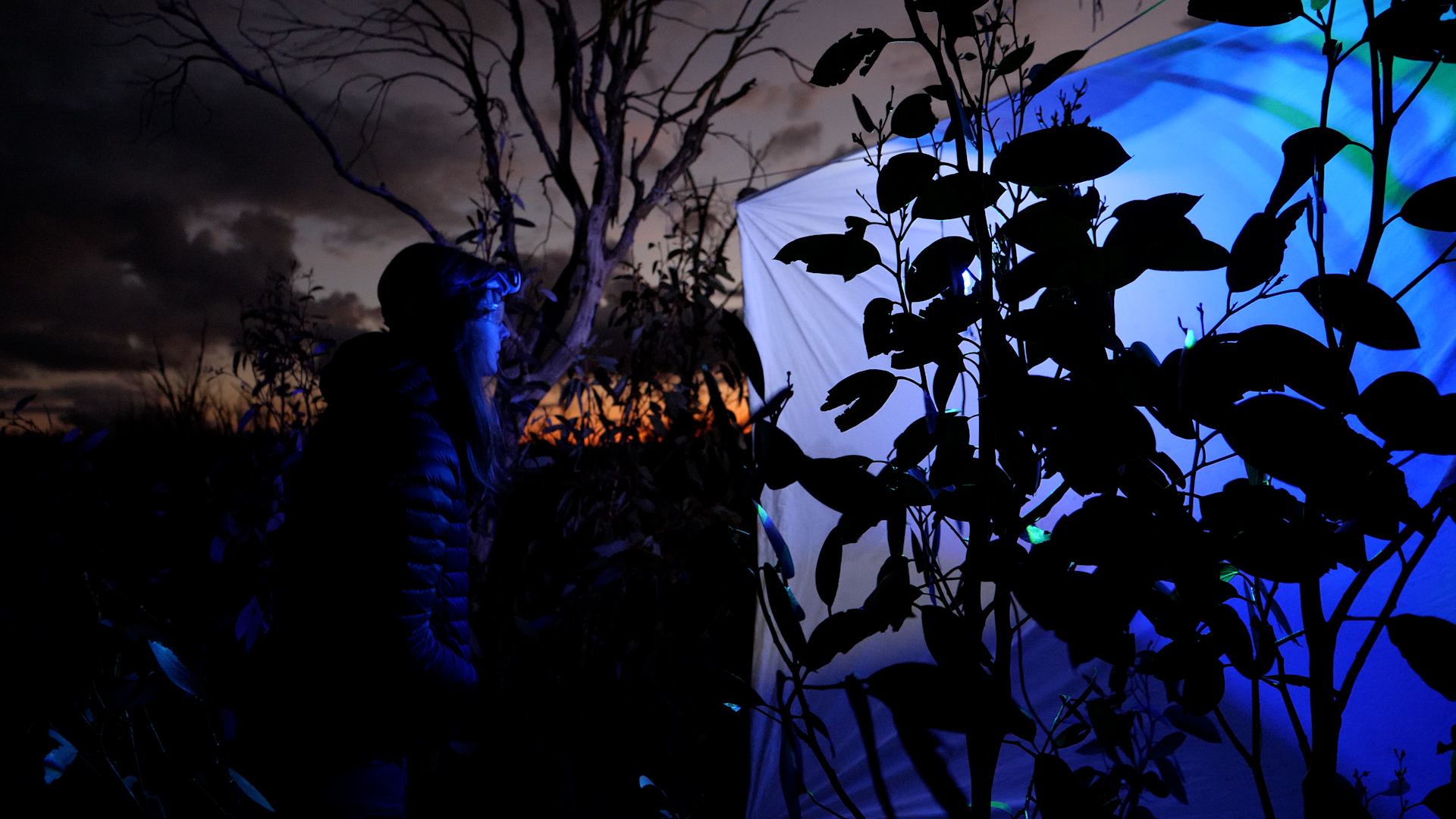 I think of the journey this animal has taken to get here. Perhaps it has flown from the Darling Downs in Queensland, or maybe from central NSW. Its arrival en masse provides the second biggest input of energy into the Australian Alps - second only to the sun, and Professor Warrant and his colleagues’ work has been central to our understanding of how this tiny insect gets here.

We stay out in the night for another few hours and more Bogong moths fly in, sometimes flitting into our faces and others landing with a ‘thud’ befitting an animal much larger than their three-centimetre frame.

Thankfully, this bodes well for the migration season. As reflected in ACF’s report ‘A flicker of hope: 2022 Bogong moth migration snapshot’’ there are more moths this year. Three years of La Niña rains have likely helped, but this does not mean the Bogong moth is out of the woods and we cannot ignore its plight.

Australia’s nature needs us now. The Bogong moth’s trajectory, like so many other plants and animals, is declining. Last year, it was one of 124 Australian species added to the IUCN Red List.

To secure the Bogong moth and so many other iconic Australian animals’ futures, we need to halt habitat destruction from unsustainable agriculture now and swiftly replace fossil fuels with renewable sources of energy.

We know we can do this, and 2023 is the year for the Australian Government to deliver on its promise of strong new environment laws that actually protect nature and create an independent and well-resourced agency to enforce them.

Like many, Professor Eric Warrants is optimistic about what we can achieve if we act now.

“Of course like everyone I am hoping that humanity can reverse climate change in the near term and bring back ecosystems and species that have been driven to the brink. This of course also includes Bogong moths, and my hope remains that its migration will recover and stay healthy for years, decades and centuries to come.”