Together, we’ve already reached thousands in conversation at over 110 surveying events across the country!

This update is for people in the ACF community who are volunteering to make the next election the climate election. If you'd like to get involved, come to a election launch near you or get in touch for more information.

Together, we’ve already reached thousands in conversation at over 110 surveying events across the country!

We’re busy preparing for the next stage of the campaign to further ramp up the pressure on the major parties to make big changes to their policies before the next federal election.

In the meantime, here’s an update on how things are going so far.

Since mid-July, ACF volunteers have held meetings with 16 MPs – an amazing effort! General feedback is that the meetings have been interesting, empowering, and effective. Our elected representatives will be returning to Canberra full of stories from their communities about why they need to act urgently to stop climate damage. If you haven’t requested a meeting with your MP it’s not too late! Check out our guide or get in touch with Isabella if you have any questions. 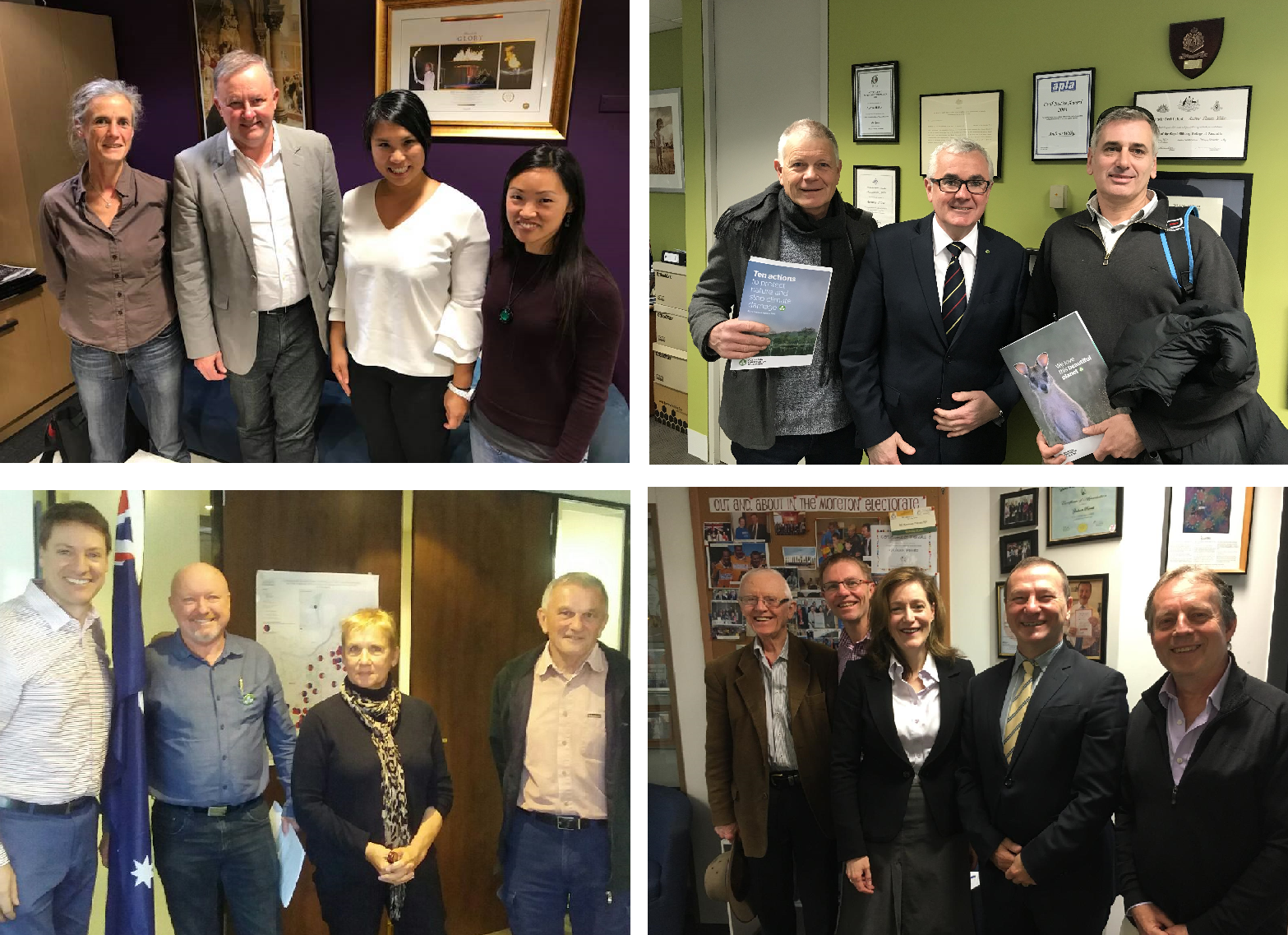 You’ll remember that at the beginning of the conversation we ask for a rating out of 10, asking people how important climate change is to deciding their vote, then ask again at the end to see if their attitude has shifted. So far:

We've been updating the survey tool. Thanks again to all of you who have given feedback on the survey tool and experience, it’s been wonderful to pore over your ideas and we’re confident that the next version will be significantly more streamlined and user-friendly.

We’ll get back to you soon about this – in the meantime, feel free to keep surveying using the resources in the conversation toolkit!

The next phase of the campaign

On August 22 we kick off the next phase of the campaign – zooming in on electorates where winning or losing could decide who forms our next government. The parties will be watching these places closely in the coming months, so we’re going to make it loud and clear that stopping climate damage will be deciding thousands of people’s votes.

You can check out the event details and RSVP now. We’ll also be running a digital town hall so that wherever you are in the country, you can be part of the action.

After the recent by-elections, commentators are saying that an early election is less likely, so we’re probably looking at heading to the polling booths in early 2019. This means we have more time to ramp up our conversations campaign on a huge scale. We started early because we want to set the agenda before the crowded craziness of the election campaign kicks in. Rather than slowing down our efforts, we will continue to work hard – and have fun along the way.