Together we’ve already had over 50,000 conversations about stopping climate damage.

This update is for people in the ACF community who are volunteering to make the next election the climate election. If you'd like to get involved, come to a calling party near you or get in touch for more information.

What a month! We’ve got a new Prime Minister with no plan to stop climate damage, even while drought ravages swathes of the country and Australians are crying out for action. At ACF, we’ve been inspired by you and thousands like you across Australia raising your voices to demand our Government step up.

Since May, together we’ve already had over 50,000 conversations about stopping climate damage. Talk about people power! It’s crystal clear that people want our elected representatives to step up, and that protecting our planet will be something millions of Australians will be thinking about when they decide who they’ll be voting for at the next election.

At this stage of the campaign it’s time to zoom in on three electorates where the vote is close. With limited resources, the way we can have maximum impact is to work in the marginal seats the parties pay most attention to. In just three weeks, volunteers in Melbourne and Brisbane have already knocked on over 1,200 doors, and at calling parties across the country together we’ve made 4,000 phone calls into those three electorates! 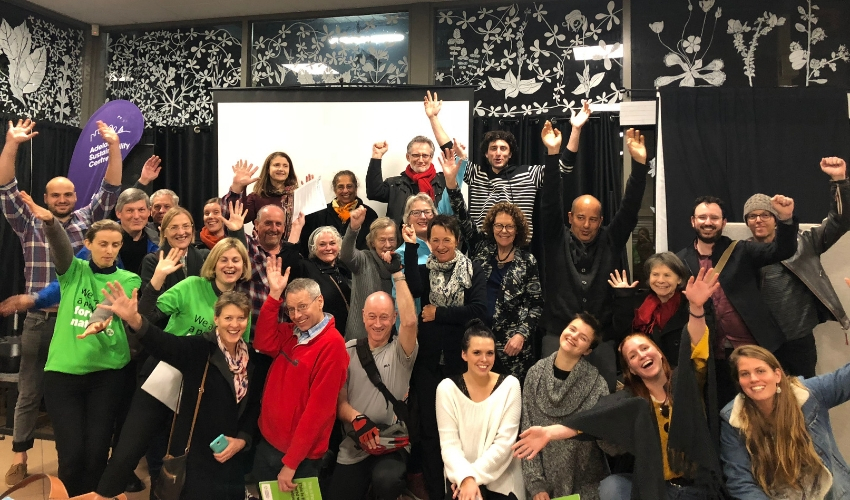 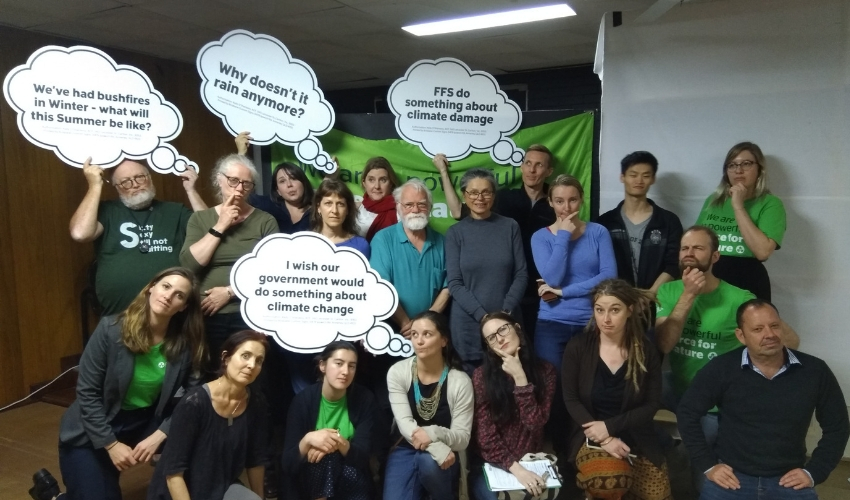 Hundreds of people came to election launches across the country to learn about the latest phase of our climate election campaign. Here are some ACF legends in Adelaide (top) and Brisbane (bottom).

What are we finding so far?

At street surveys and on the doors, 7 out of 10 people we speak to are signing the vote commitment petition, telling our next government “if you want my vote, you must act to stop Adani, end digging and burning coal, and shift to 100% clean energy.” The majority of people are telling us that climate change is a priority issue for them, and that they want our elected representatives to act.

On the phones, 1 in 5 people who pick up the phone agree to answering our survey, with over 60% adding their voice to the vote commitment and half saying they’ll contact their MP. Getting the conversations started can be the tricky part, but once they get going they’re proving to be a great opportunity to activate new people. People keep telling us how much they appreciate being part of something bigger towards positive change. This is how we build the movement! 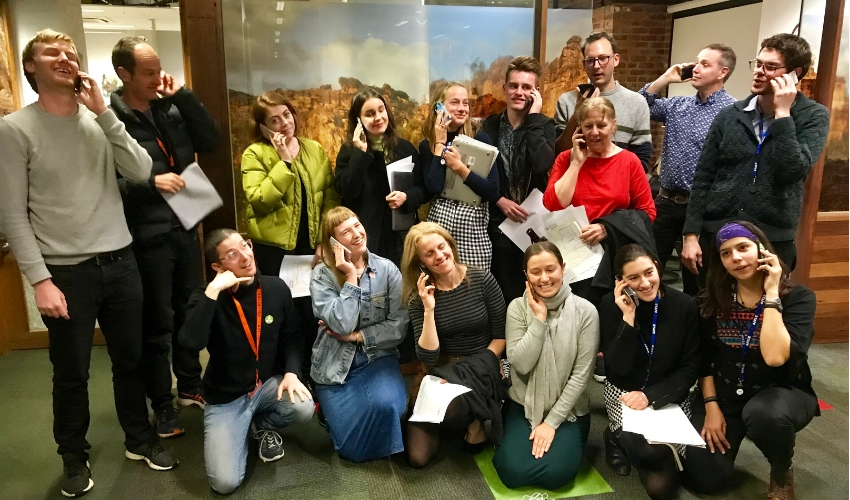 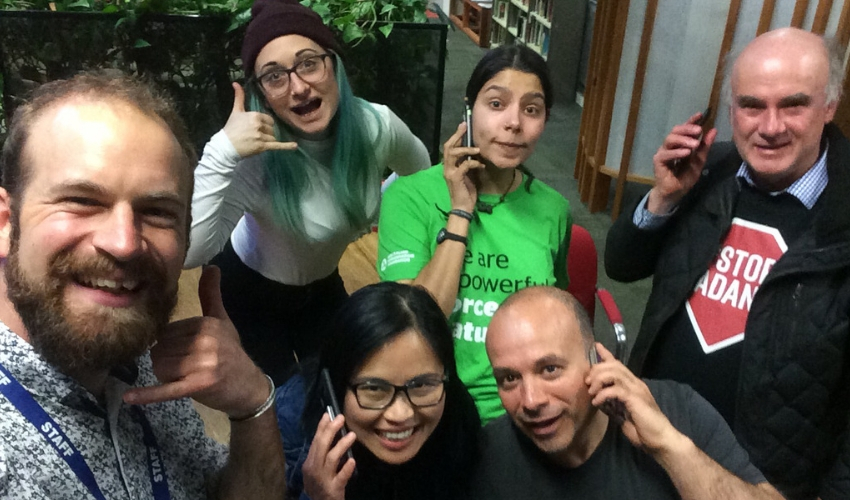 Calling parties have been popping up all over the country, including these two in ACF's Melbourne office.

We’re having conversations with people on their doorsteps about why climate damage matters – and how they can use their voices and votes to choose a government with the courage and vision to stop it. Right now, teams of volunteers are doorknocking in these key electorates to make stopping climate damage a major voting issue. RSVP to a doorknock near you!

Before the end of the year, we’re aiming to make 50,000 phone calls to voters in key electorates – so let’s all jump in and have a go by joining a calling party!

We’ve been sharing stories in the One Million Conversations Facebook group. Join in the fun and see how others across the country are going with their conversations! 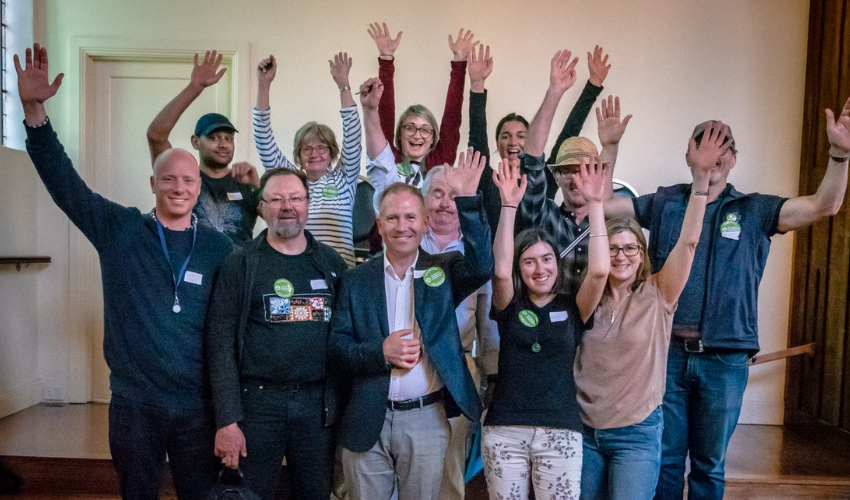 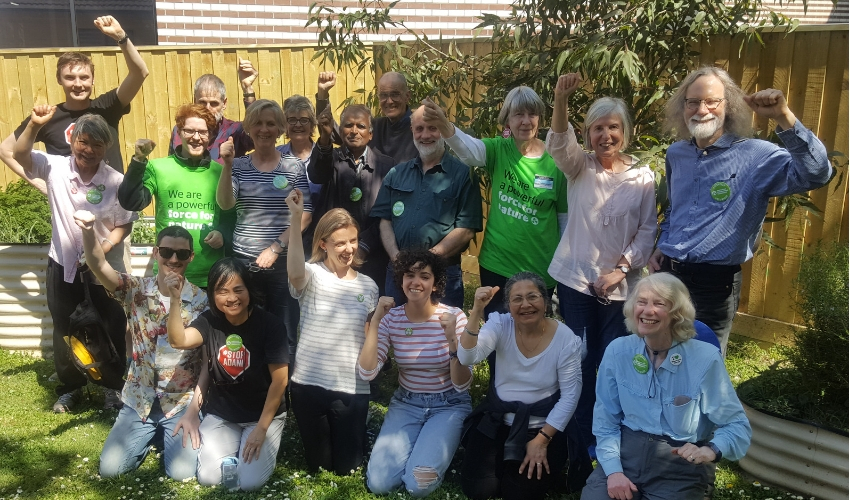 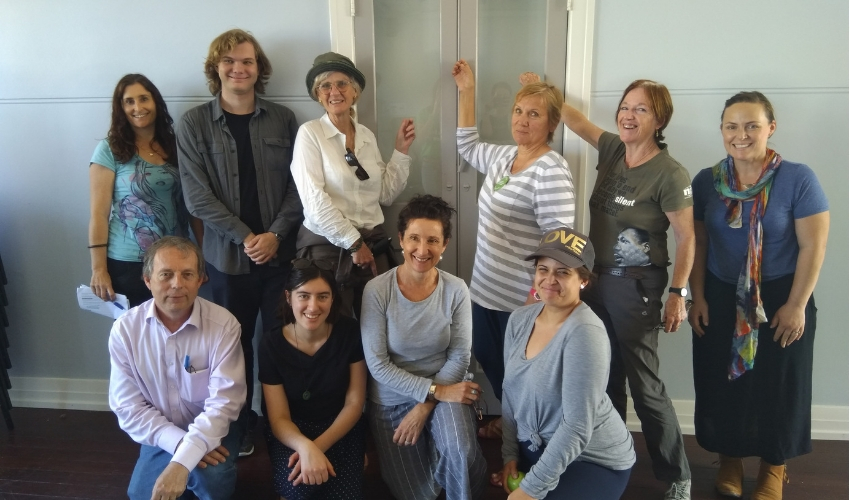 Wonderful volunteers have been doorknocking every week in strategic electorates and having conversations with voters about why climate damage matters! Here are three doorknocks from Macnamara, Chisholm and Bonner.

Raising our voices with our elected representatives

While Canberra was in chaos the last 2 months, 17 of you superstars have met with your local Members of Parliament to let them know how we’re making climate damage a huge election issue. Without these meetings, the hard work we are all doing in our communities does not have the same cut-through inside the political bubble.

Congratulations to everyone who took the step to meet with their MPs, we’ve seen some really positive results including one Labor MP – Mike Kelly – publicly declaring his support for stopping Adani for the very first time! Even if your MP did not make a specific commitment to you at the first meeting, each of these interactions contribute to shifting the politics on coal and clean energy for good!

Raising our voices in the media

Thanks to the overwhelming support of the ACF community, our hard-hitting drought ad will air on Channel 9 in Brisbane and Sydney during this weekend’s NRL grand final. To all of you who donated, thank you! This will really elevate climate damage in the context of the drought with a huge audience.

Thanks to each and every one of you for your dedication to our living world. We’ve already achieved so much together, and we’re looking forward to the next phase of the campaign and making the next election the climate election. 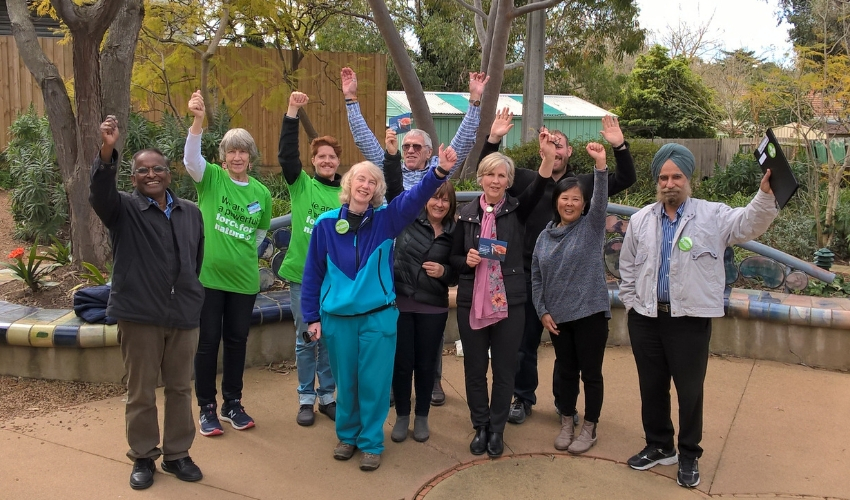