Convergence is an empowering, two-day community training summit at Fitzroy Town Hall on 22-24 September. You’ll get the skills our community needs to take our campaigns to the next level. You’ll meet other people who are stepping up too, and form local action teams. And you’ll have a lot of fun! 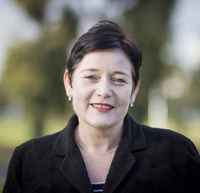 Kelly O'Shanassy
Chief Executive Officer
Long before Kelly fell in love with our rivers and forests, she grew up in a fairly tough neighbourhood where people had little money but were rich in courage and community spirit. Through her beginnings she learnt the value of working for the greater good. In Kelly’s roles across business, government and now the community sector, she’s established world-first environment protection policies and authorship of Victoria’s Framework for Environmental Sustainability. Kelly strongly believes in the power of people to advocate for a better future. She’s focused on growing the number and diversity of people who speak up and take action. "The power of the people is greater than the people in power... it is greater than anything!"
Speaker at the Welcome on Friday and Saturday 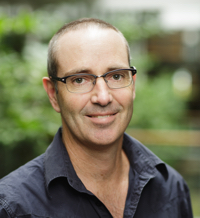 Paul Sinclair
Director of Campaigns
For over a decade Paul has worked across public, private and not-for-profit sectors to create policy and law reform across issues of drought, nature conservation, natural resource management, rural water allocation, environmental flows, urban water supply and nature-based solutions to climate change. Paul’s work at ACF focuses on how and what the organisation can do to help places and species have the best chance of adapting to the impacts of climate change. Paul is currently a member of the Community and Industry Advisory Board for Environmental Programs at the University of Melbourne and the World Commission on Protected Areas.
MC for the weekend 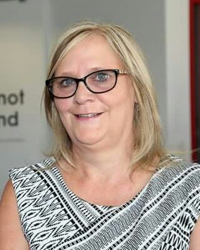 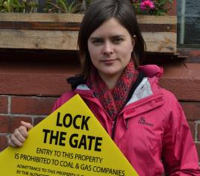 Chloe Aldenhoven
Lock The Gate Victoria Coordinator
Chloe has been campaigning for action on climate change and keeping fossil fuels in the ground since 2009. After joining the Quit Coal collective in 2012 Chloe began working as campaigner and community organiser for Gasfield Free Victoria. She has worked with communities across the state, from Gippsland communities in the east all the way to Geelong communities in the west developing resistance to onshore gas and fracking. Chloe played a core role in building a social movement that this year achieved a permanent ban on fracking and a long term moratorium on all gas exploration in Victoria.
Keynote speaker on Saturday at Learning from experience 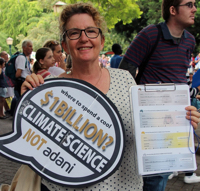 Sharon France
ACF Bramble Bay local action group member
Sharon attended ACF’s first Convergence in Brisbane earlier this year. After Convergence she devised 'Better Ideas for a Billion Dollars', a powerful creative action to pressure MPs to stop Adani. In early September she travled to Canberra to deliver everyone's better ideas for a billion dollars and the 164,835 strong petition calling on the PM to say no to a billion dollars to Adani. Sharon is also part of the Bramble Bay group in Brisbane. Since Converegence when the group formed, they've hosted film screenings, held stalls at festivals and local markets, met with their local MP and attended rallies.
Keynote speaker on Sunday at Insights from a local legend 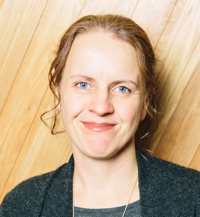 Kathryn McCallum
Communications and Mobilisation Manager
Kathryn specialises in engaging masses of people in civic action and advocacy. She tells compelling stories to move people to action, sparks participatory movements and people-powered advocacy. At ACF, Kathryn engages 456,957 people in taking action for our environment. She’s trained with veteran community organiser Marshall Ganz at Harvard University and Al Gore as a Climate Reality leader. Kathryn has worked on campaigns to #StopAdani, win billions of dollars of support for clean energy, and protect the laws that protect our air, water and wildlife. Before joining the environment movement, she was a feature writer and radio producer, broadcast on ABC. She likes to wander in the mountains, sometimes for hundreds of kilometres.
Lead trainer on Saturday at Telling a powerful story of self 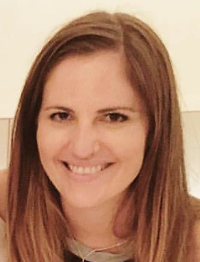 Teryn Crick
Community Organising Program Manager
Teryn loves our rich, diverse, colourful, harsh, resilient and beautiful landscapes from a childhood of hiking and exploring. Her advocacy roots come back to a realisation in her teens that sometimes (often) politicians make bad decisions despite all the checks and balances our formal governance system puts on them, often against their own personal values. She’s devoted her working life to correct that tendency, working in movements aimed at bringing people together in powerful organised communities to put power back into the hands of the people. Teryn has worked with the Community and Public Sector Union (CPSU) organising with working people around fairness at work, and spent the last couple of years with The Wilderness Society building a movement of people who demand real environmental change.
Speaker on Friday night and lead trainer Saturday at Our ACF community and Sunday at Conversations that matter 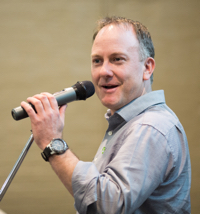 Gavan McFadzean
Climate Change and Clean Energy Program Manager
Gavan has been a social justice and environmental activist for the last 25 years, working on some of Australia’s highest profile campaigns, including the national forest campaign, Jabiluka, Great Barrier Reef, Daintree Rainforests, Cape York and Kimberley, the Tasmanian Gunns Pulpmill, James Price Point and most recently the Queensland Adani coal mine. He has represented the Australian environmental movement in international conservation and climate negotiations including at the Paris climate talks in 2015. He has been a recipient of Wild Magazine’s Australian Conservationist of the Year Award.
Speaker on Sunday at How we’ll win together 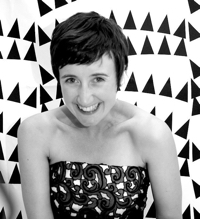 Tessa Fluence
Public Narrative Coordinator
Tessa has green thumbs, lots of coloured pencils and big dreams for a more beautiful world. With a background in academia and law, she has worked as a writer, face painter, lecturer, tour guide, researcher and digital ninja. She also has two kids, two cats and a PhD in cultural studies. At ACF, she focuses on narrative strategy, framing and messaging and tells stories to get people fired up and ready to make a difference.
Lead trainer on Saturday at Changing the public debate 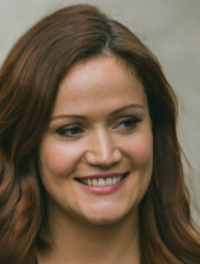 Livia Cullen
Mobilisation Coordinator
Livia cooks up creative ways to bring the community together to speak out and stand up for our air, water and wildlife. Whether it's a huge petition, a media-grabbing stunt or a giant march, she has moved thousands of people to act on social justice issues. Livia is passionate about using the power of art for social change and believes creative activism is the heart of our movement. She is part of driving creative activism for the #StopAdani alliance and is sowing the seeds of an Art for Activism Collective.
Lead trainer on Sunday at Get creative: local action planning

Isabella Morand
Community Organiser
Growing up in Melbourne’s northern suburbs, she never had much interest in the great outdoors, but always loved working with and around people. After learning about the projected future the climate crisis may cause for communities around the world she became a born-again environmentalist. Things that motivate her to get out of bed: knowing that other people care about this stuff too, the resilience and commitment of grassroots change-makers and frontline activists, chips.
MC Friday night 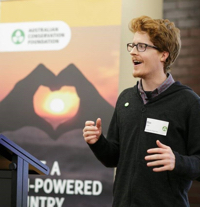 Max Smith
Community Organiser
Max recruits, trains and supports ACF volunteers to form teams and take collective action together on the issues we care about. In 2012, whilst working at the Australian Youth Climate Coalition (AYCC) as International Policy Coordinator Max went to Doha, Qatar to represent the Australian youth voice in negotiations of the United Nations Framework Convention on Climate Change. In 2013, Max was part of a successful campaign to stop coal port expansion along the Great Barrier Reef on Queensland’s Capricorn Coast. In 2014, Max coordinated an action for Earth Hour in Tony Abbott's local electorate, with more than 2000 people demanding strong climate action standing on our then Prime Minister's favourite beach. Max is a graduate of the Change Agency’s Community Organising Fellowship and a holds post-graduate qualification in community advocacy! He also is an activist trainer with the AYCC.
Lead trainer on Saturday at How to build a movement 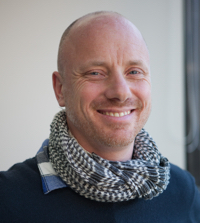 Michael Pulsford
Community Organiser
Mike grew up in the western suburbs of Adelaide. He has been a volunteer coordinator, delivery driver, performance art lecturer, theatrical sound designer, rock drummer, grocer’s lad and disability support worker. Mike realised the effects of climate change weren’t getting better on their own, and people like him needed to get involved if things were going to get any better. He freaked out, quit his day job and started volunteering, and now works at ACF to build the citizen power of the environment movement.
Lead trainer on Sunday at Campaign strategy: step by step 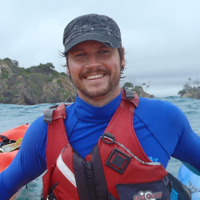 Karl Goodsell
Community Organiser
Karl is based in Brisbane supporting communities to get organised and take action to protect the places they love. Karl has had a passion for the natural world since a very young age. Over the past few years Karl has worked with a number of environment, sustainable development and human rights non-profit organisations and research institutions internationally. He founded Positive Change for Marine Life in 2012 to create long-term solutions to marine conservation issues in Australia and abroad. Outside of work Karl enjoys surfing, hiking, camping, free-diving and kayaking.
Lead trainer on Saturday at How to make groups tick