When I was a kid growing up in Bathurst in the 70s and 80s, I loved getting lost in great stories and playing outside. I loved being in water and could stay in all day long. However, I was too afraid to swim in rivers and lakes if I couldn’t see the bottom.

By the time I was 14, I had travelled with my family across most of Australia. We followed national highways or the coastline, never a natural formation like a river or mountain range. This year my husband and I decided to travel along the length of the Murray and expected an enriched journey, full of amazing people and places and stories and experiences. 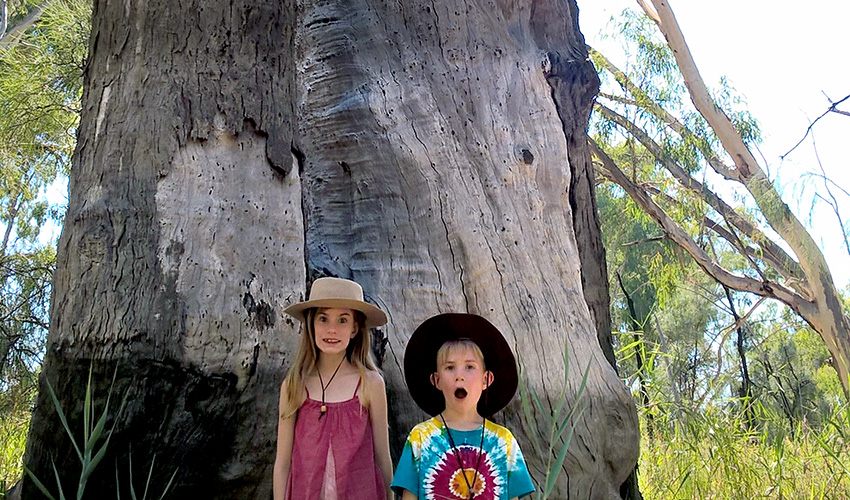 Initially the idea was simply to get the kids seeing new places. We pored over maps and imagined following the scribble of the Murray River from as close to the source as possible, all the way along to the Coorong. A new purpose evolved: to expose our children to the Murray River and its wetlands, water infrastructure, healthy and unhealthy river environments, to the people using the Murray River and caring for it. So we sought out environmental educators, irrigators, farmers, landcare types, Indigenous land-carers, artists and anyone who would be willing to show us their patch of river.

The water was clear, the rocks were warm underfoot and the sunlight pierced the shallows and sent colours rippling around our feet.

Getting our feet wet!

We first got our feet wet in the beautiful Ovens River in Myrtleford. The water was clear, the rocks were warm underfoot and the sunlight pierced the shallows and sent colours rippling around our feet. Our itinerary was simple: follow the Ovens River to the Murray, then stick with the Murray and visit its wetlands, marshes, anabranches and lagoons all the way to the Coorong.

A far more significant moment occurred in Berri, SA. We were sitting in a cool, grassy spot with an Indigenous fellow we met and got talking with. We were able to swap life stories and share some food with this man, who was so open and friendly to us travellers. We quickly reached that lovely point where we could take the mickey out of each other and have a laugh together. We shared stories about our journey, he spoke about places significant to him and then he began to speak earnestly. With tears in his eyes, he spoke with a breaking voice: “They’re raping the land, Carolyn. They’re raping the land!” His grief was evident. I felt what must be just a small part of the sorrow that this man and all his people carry. Those who know first hand the full tragedy of what has been done to the land and the Murray; they feel it and know it so deeply.

His grief was evident. I felt what must be just a small part of the sorrow that this man and all his people carry.

My sadness gave way to a renewed steely resolve: to make damn sure my kids grow up with the right attitudes and act with integrity towards our rivers, country and Indigenous people. That day was a gift; a lovely human connection spanning many differences. But it was also a sobering and very significant conversation. It was very representative for us on our journey, seeking to see and hear the truth about the health of the Murray. 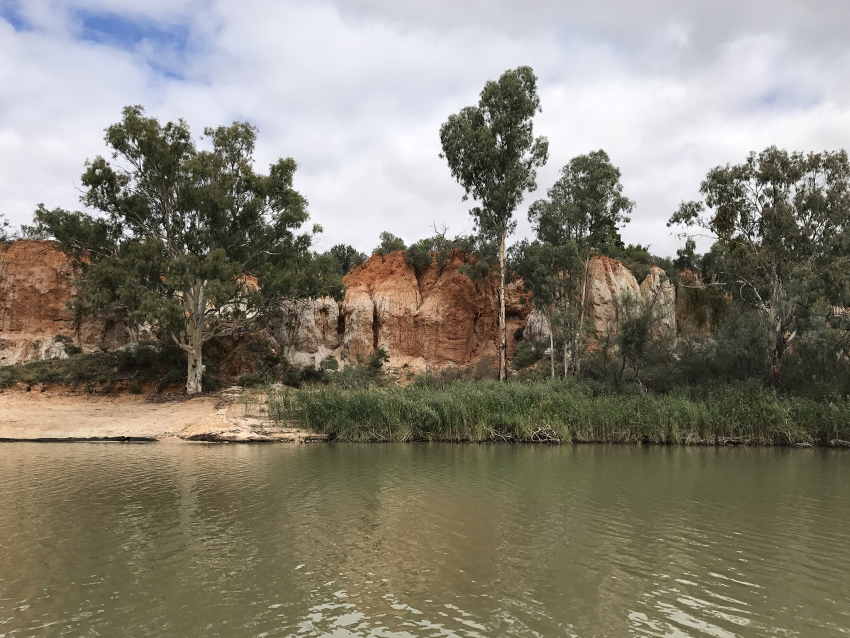 When we arrived at Torrumbarry Weir (Lock 26), it was midday and blazing hot. We’d already done a full morning’s exploration and were hungry and tired. But we were thrilled to spot one of the weir staff closing off a small open spillway with an interesting-looking valve system. Our six-year-old son wanted to know how the weir worked so we cornered this worker. He stood in the midday heat bravely answering our volley of questions. He taught us about the weir’s functioning, and gave us a snapshot of the complexity around the problem of dealing with the plague of introduced carp in the Murray River.

It was just what we were looking for; to go out with a local who is passionate about our environment.

Another day, we enjoyed a dream field trip with Howard Jones, a successful and undeterred environmental irrigator in the Dareton vicinity of NSW. It was just what we were looking for; to go out with a local who is passionate about our environment. Howard showed us the restored lagoon and creek areas he works on in partnership with local Aboriginal land carers. He taught us how to spot, identify and name many local plants, trees and birds. He showed us around crucial lagoon and creek habitats that have been restored to much better health after previous degradation. We were hungry to see water-management done well. We learned about the concept of "Environmental Watering" and saw promising results in the incredible revival of whole ecosystems such as Fisher’s Creek, Thegoa Lagoon and the amazing Hattah Lakes. 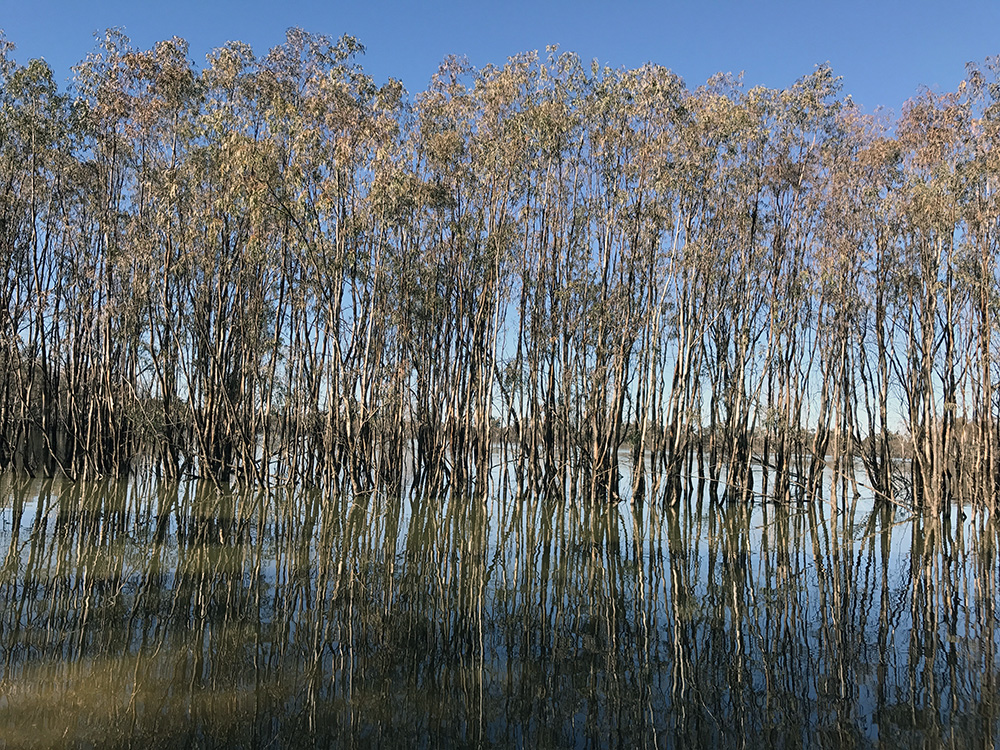 I used to think all irrigators who took water from the Murray were rotten scoundrels, but I see now that using river water to grow food can be legitimate. There are some irrigators who strive to innovate their watering practices, who value nearby wetlands and who want to leave the next generation of farmers with a sustainable future. However, elsewhere we still saw some outrageously crazy practices: open irrigation channels, overhead irrigation at midday in 37 degree heat and unwise crop choice such as wetland rice rather than dryland rice.

I used to think all irrigators who took water from the Murray were rotten scoundrels, but I see now that using river water to grow food can be legitimate.

People living along the Murray explained something that truly shocked us. Since European settlement, humans have completely reversed natural river height fluctuation and its flooding pattern. The Murray should (and once did) have a winter high level and summer low or drought-like level. The trees and plants’ reproductive cycles release seed in winter, expecting flooding to carry seed afar to continue the species. Now there is no winter flooding when they release seed. So, there are fewer and fewer young plants taking the place of dying older generations. Birds and animals also breed at certain times of year when water and food used to be abundant. Now the river levels are low and animals’ food supply is low right at the time they have vulnerable young to rear. Locals we spoke with described confused bird and animal behaviour brought on by this. ‘They don’t know if they’re Arthur or Martha’, one farmer said.

The Murray Darling system is so shackled by huge controlling infrastructure such as locks, weirs and dams.

Even when there is a flood, the surrounding red gum and blackbox forests don’t get the drink they depend on for survival since modern “flood” levels often don’t even reach the top of the river bank. The Murray Darling system is so shackled by huge controlling infrastructure such as locks, weirs and dams. While newer locks are often flexible, temporary or have inbuilt fish ladders, the river is still full of barriers that block the migration of native fish and make it harder for the river to flush itself out and stay healthy.

We all see what terrible things are happening to our rivers now and in the past.

So what stands in the way of large-scale positive change for the Murray River? I suspect the motivations of many who have real power over our environment are very often sold out to other interests. 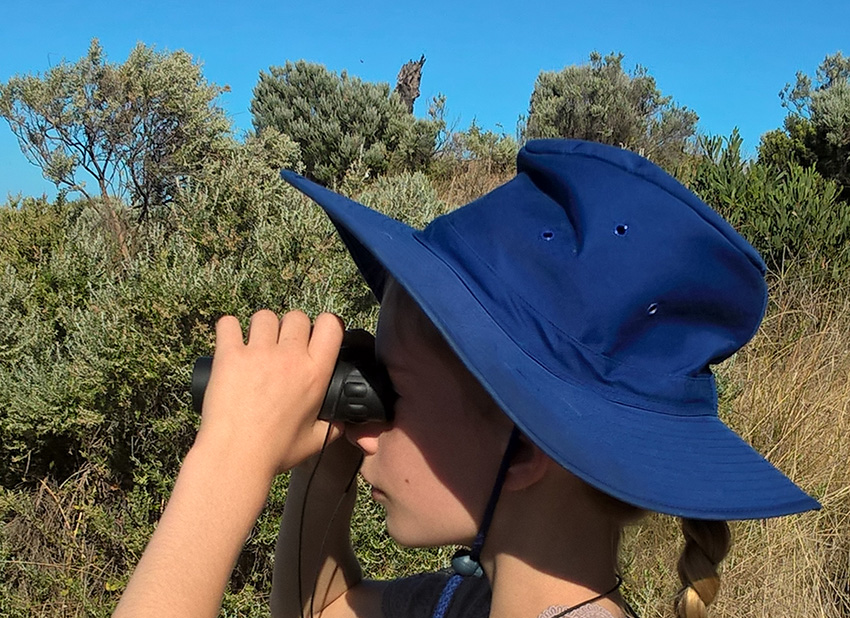 I am deeply concerned about the loss of life and habitat, but there really are genuine solutions to this problem. People made this problem, and people can fix it. And in wetlands here and floodplains there, people are trialling better practices with excellent results. If we can keep chipping away at outdated stories that talk about the (dollar) “cost” of environmental watering and ignore the “cost” of losing our beautiful places and species; if we can continue to find and champion the farmers and fishers who are trying hard and innovating to both make a living and keep their home patch of river thriving, we might see drastic improvements in the next few decades.

It will take more than just concern to fix the problems we’ve created for the basin. It will take vast, committed and integrated action.

It will take more than just concern to fix the problems we’ve created for the basin. It will take vast, committed and integrated action. There is no question we must work towards preserving life wherever possible, as well as trying to regenerate the species and ecosystems that are hanging on by a thread. I want to be counted amongst those who care to make a difference.

With that in mind, I asked ACF for five simple actions we can take now to make a positive impact on the Murray. 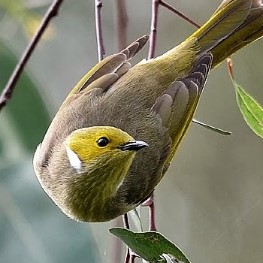