Join us at the #StopAdani Roadshow to hear about how we’re going to win the campaign to stop Adani’s colossal polluting coal mine.

UPDATE: The roadshow is sold out! An incredible response!

Right now, Indian company Adani is itching to dig one of the biggest coal mines in the world in Queensland’s Galilee Basin. If it goes ahead, burning coal from Adani’s massive Carmichael mine would create billions of tonnes of pollution, make climate change worse and irreversibly damage the Great Barrier Reef. Even worse, Adani wants to use $1 billion of public money to do it – and Prime Minister Turnbull is considering giving it to him.

But Australians don’t want a dirty new coal mine. We want clean energy – and we won’t give up until this mine is stopped once and for all.

We’re joining forces with some of the best local and international campaigners for the #StopAdani roadshow. We’re travelling up and down the east coast to speak with thousands of Australians about how we can build a huge wave of community power to stop Adani and lead Australia’s transition to a coal free future.

Attend a #StopAdani Roadshow event near you to find out how you can be part of the biggest movement in Australia’s history. 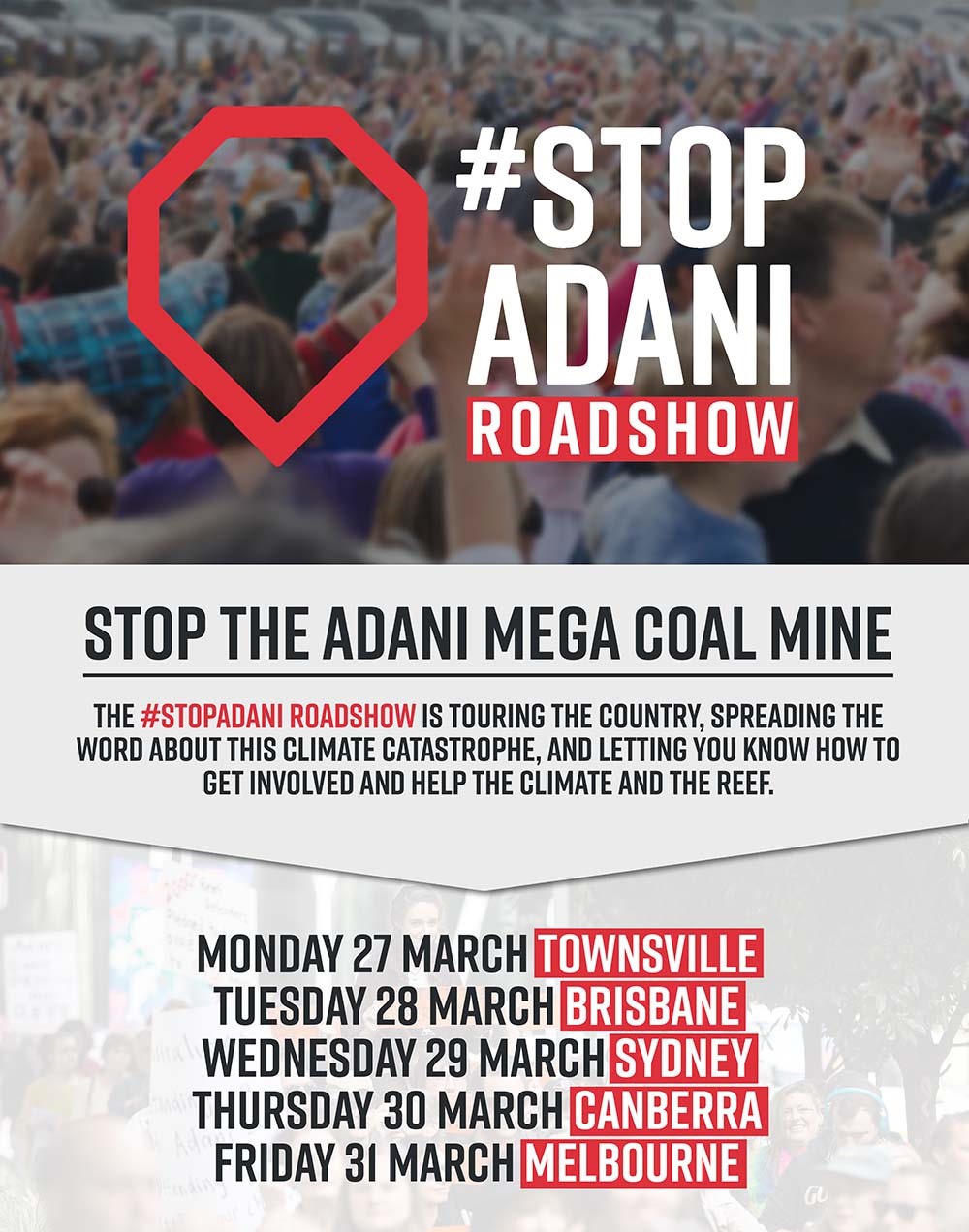 With you, we can build a powerful, united movement that's loud enough, large enough and strong enough to show our elected representatives, key decision makers and business leaders that Adani's mine has no place in Australia’s future.