We stopped 35 banks from financing Adani. We stopped a billion dollars in public funding. So the Adani family are paying for the mine themselves.

I’ve got bad news and I’m sorry to bear it.

We stopped 35 banks from financing Adani. We stopped a billion dollars in public funding.

But now, desperate, Adani has changed tack and will try to buy their way to success – with the Adani family’s own money.

This comes in an extraordinary week. Queensland is suffering catastrophic, climate-fuelled heat, fires and dust storms. And floods are causing chaos in Sydney.

After a landslide against them in the Victorian election, some Liberal MPs broke ranks to publicly declare that voters are shunning them over climate change.

And amongst all the turmoil is a game changer. The children are speaking truth to power. And it’s time for power to listen.

The Galilee Basin is the largest proposed coal mining expansion on planet Earth. Twelve-year olds are smart enough to know this simply cannot happen. Are Bill Shorten and Scott Morrison brave enough to look the kids in the eye and tell them they will allow this climate-wrecking project to proceed?

Yesterday social media exploded as hundreds of kids filled Parliament House and demanded to talk to politicians. Many waited hours in the rain before making their point. Today and tomorrow the young people of Australia are striking from school to demand our politicians stop Adani and stop climate damage.

But PM Morrison and Bill Shorten are refusing to #MeetTheKids. Yesterday, kids reported that Shorten’s office cut off their message about stopping Adani and climate damage and told them to go to school. 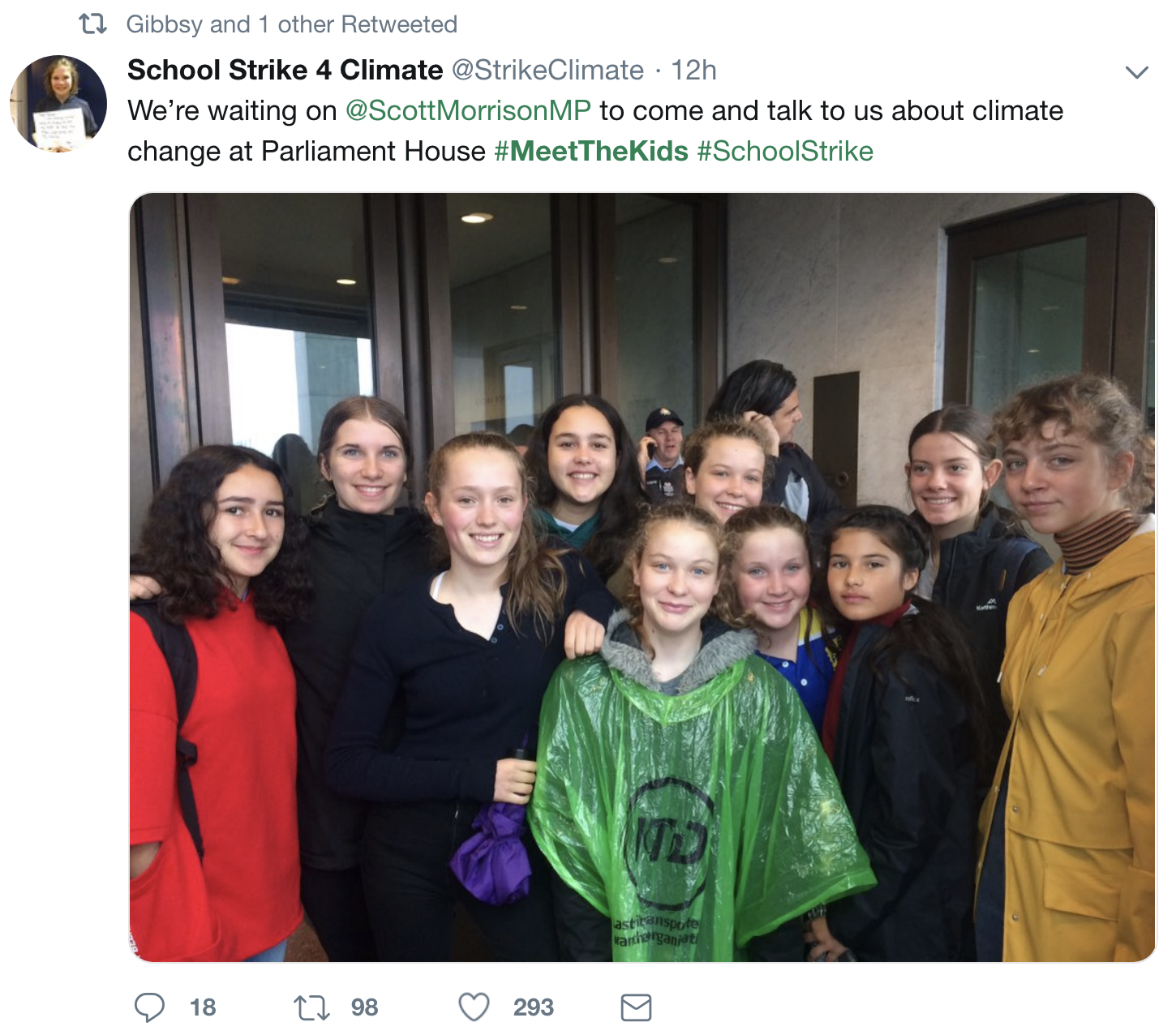 Ayo, 8, told the media, "I’m going on strike to make politicians think about the decisions they’re making and how they impact me. I can’t vote yet but I still have my right to a future and a world that is fit to live in."

Vivienne, 14, from Sydney, said “I'm really scared for me and for my generation and the generations that are going to come after me.” 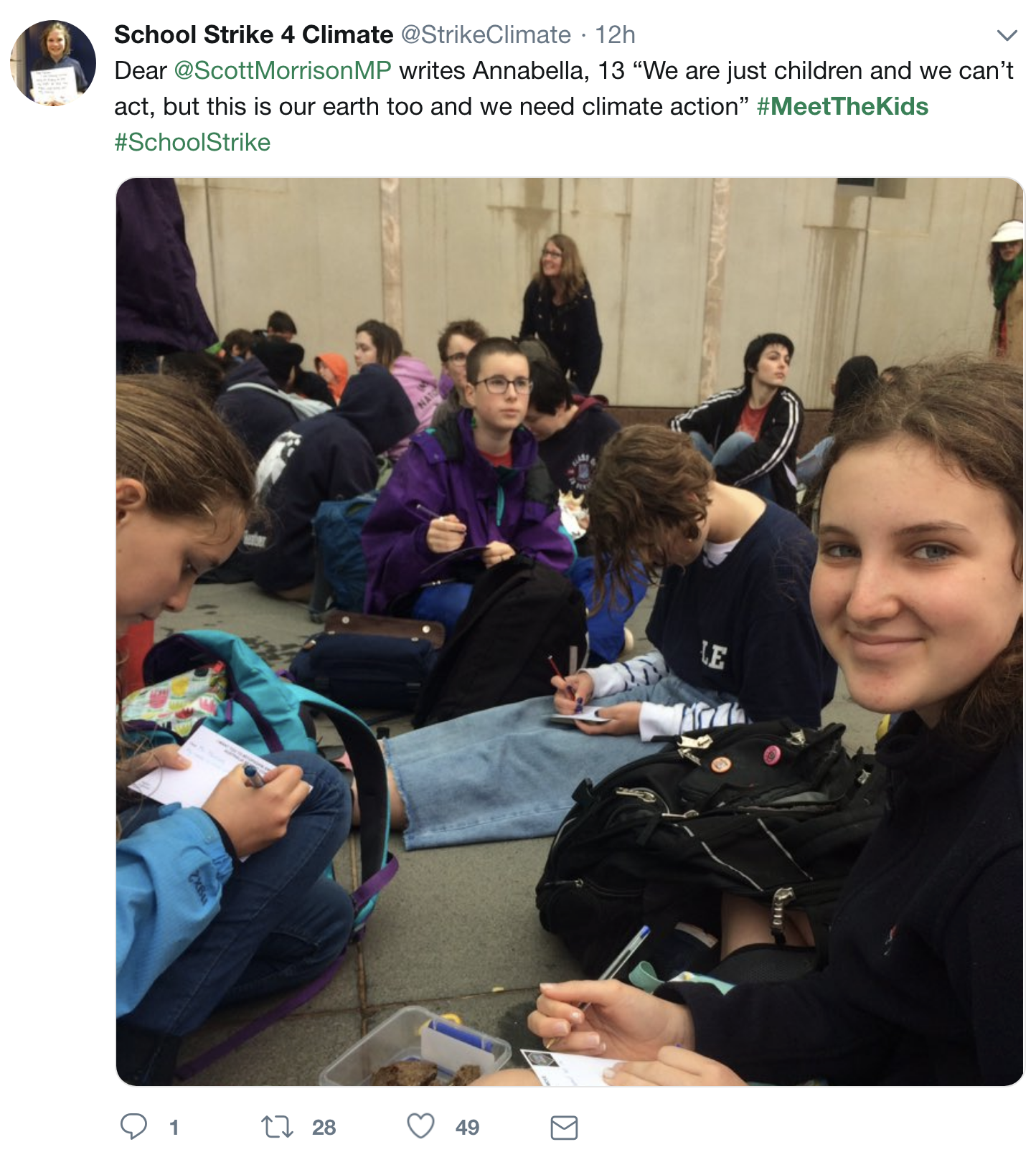 This isn’t fair. Young people shouldn’t have to worry about climate change. But this is the reality of our era. They are brave enough to look this problem in the eye and deal with it. So when will our political leaders do the same? 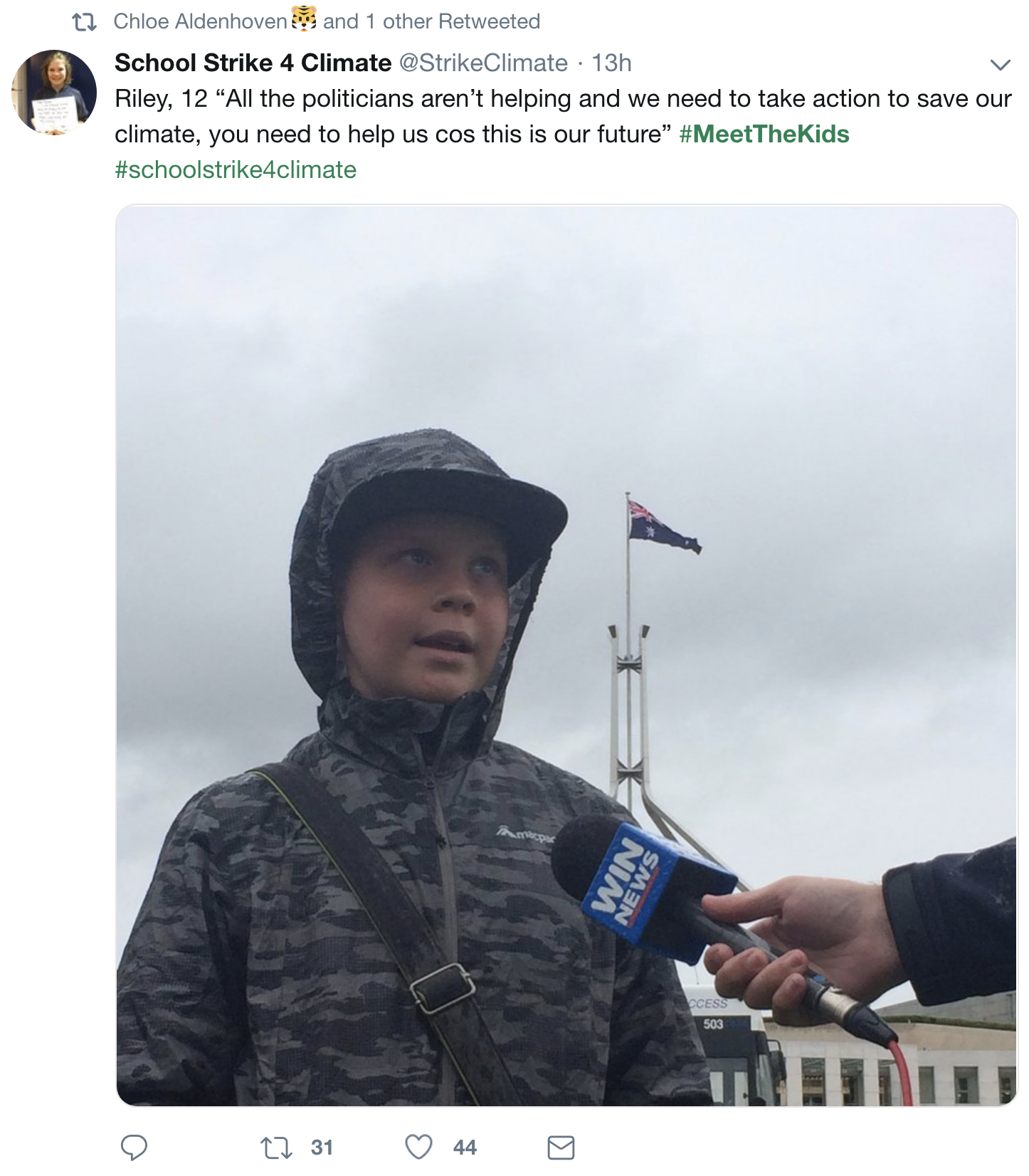 Add your name to stand with the kids as they take the Australian media by storm.

To solve their financing problem, Adani restructured their project to pay in instalments, and will use the Adani family's own money. Adani may have finance but they cannot turn the tide of public concern, which is rising sharply.

We’re at a tipping point – a moral tipping point in our history. Things are changing, fast. And they can change fast. Sometimes it takes new voices to make it clear.

We’re calling on them now to face up and #MeetTheKids.

Together we can and must #StopAdani.