After fruitlessly scouring the harsh country of central Queensland for days in search of the endangered Southern Black-throated Finch, the moment I finally heard its familiar descending whistle was one of relief and thrill. The 400-strong flock of birds that filled the sparse trees took my breath away.

Since I was a child, I’ve been passionate about birds. In 2009 I moved to Townsville to start my postgraduate studies at James Cook University and the Black-throated Finch became the focus of my PhD. My role is to gather the bird’s vital genetic information to provide useful guidelines for its conservation. 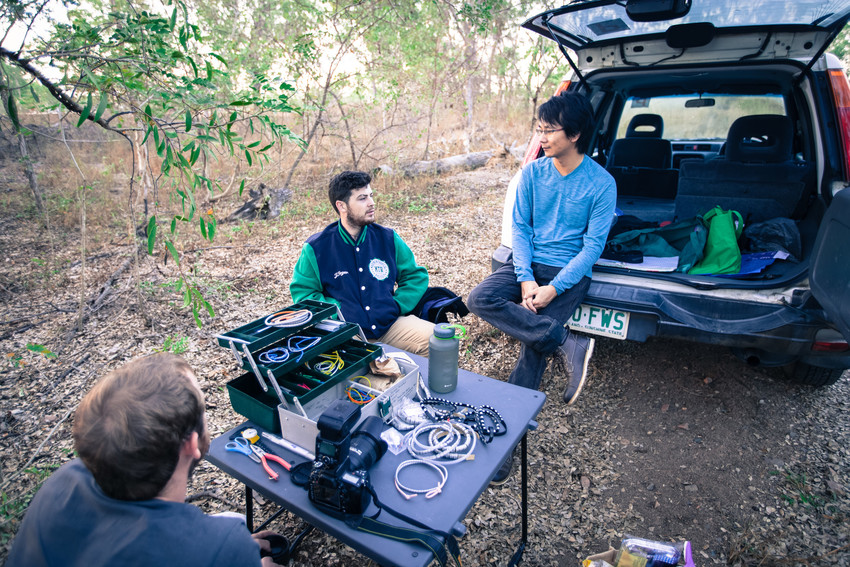 Doing fieldwork, I was out in the bush five days a week, searching for the finch. It was the best part of my research – being out in the wild having close encounters with this beautiful and rare creature. I spent hours sitting next to a dam, waiting for the finches to come for a drink and a bath.

I knew the birds lived in the Galilee Basin, but I had no idea they had such good numbers until I discovered a flock of about 400 birds in 2013. It was an amazing discovery as other flocks seen in the past few years have numbered only a few dozen, and it gives hope to the conservation outlook of the southern subspecies of the bird. 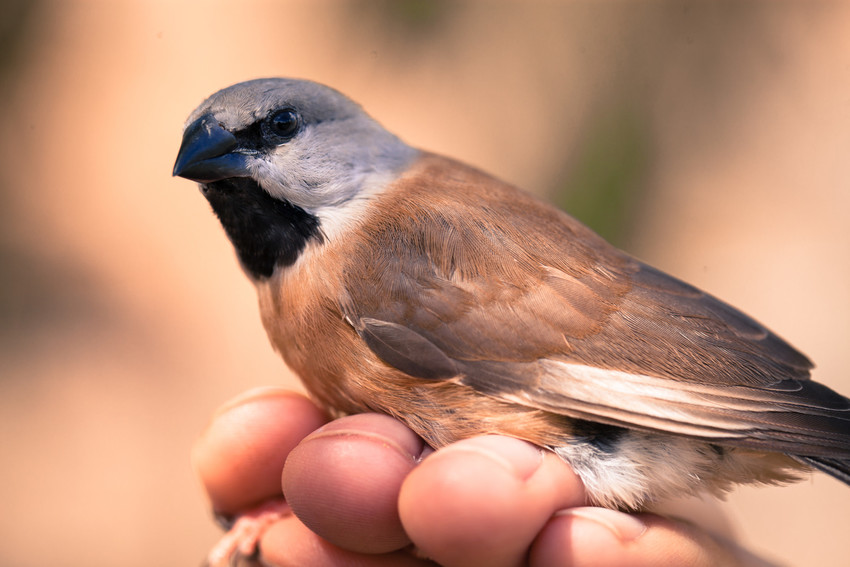 Sustainable decisions will not come from mining giants like Adani who operate from afar with little connection to the environment or the future of the area. I want to see a future Australia where the government empowers robust and diverse community-based economies to make significant decisions rather than selling land to foreign corporations. I hope, as these communities connect with the natural places that surround them, their decision-making will be underpinned by the love and understanding they share for their local environment. 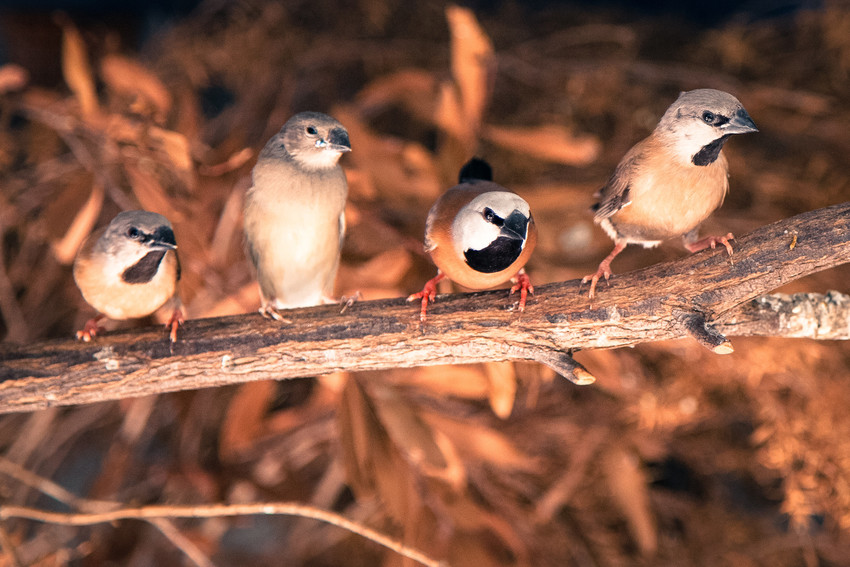 Although the Southern Black-throated Finch is protected under national environmental law, the federal government approved Adani’s giant Carmichael Coal Mine in the Galilee Basin. Attempts to offset the damage by protecting habitat in adjoining properties are woefully inadequate and the project could push the finch to extinction. Again, the federal government has developed a recovery plan but there is no legal requirement to implement it and it does not guarantee the protection of critical habitat. Laws that cut pollution and support clean energy have been stripped back, while protection of vital water resources – particularly the groundwater – is inadequate.

> If it goes ahead, the Carmichael Coal Mine will be the largest coal mine in Australia and one of the biggest in the world. The mine is expected to produce 60 million tonnes of coal which, if burnt, will contribute 130 million tonnes of carbon each year to global warming.

> The Galilee Basin sits on top of the Great Artesian Basin, one of the largest underground aquifers in the world and much of inland Australia’s only reliable water source. The proposed mine would require a whopping 12 billion litres of water every year and could dry up ancient springs and drain sections of the basin.

> A series of proposed mega coal mines, including the Carmichael Coal Mine, pose a huge threat to the Great Barrier Reef. The mines will contribute to global warming, pollute the ecosystems that connect to and support the Reef, and transport coal through the Reef’s waters.

> The Galilee Basin has the largest known population of the endangered Southern Black-throated Finch. The mine’s proponent, Adani, acknowledges that the destruction of nearly 10,000 hectares of habitat will significantly impact the finch.

Protect the reef, reject the mine

ACF statement on the passing of Prince Philip

The Biden Summit could be our climate moment

QSuper and Sunsuper members call on funds to exit coal