On Penguin Awareness Day, we reflect on the importance of these unique birds in habitats across the southern hemisphere.

Renowned for their iconic waddling walks and hilarious Antarctic antics, penguins occupy a special place in our hearts.

Penguin Awareness Day takes place on January 20, and provides an opportunity to reflect upon this unique animal and its place on our planet.

It also gives people a chance to consider the threats to many penguin species from invasive animals and climate change.

To help you brush up on your penguin prowess, here’s seven facts you need to know this Penguin Awareness Day. 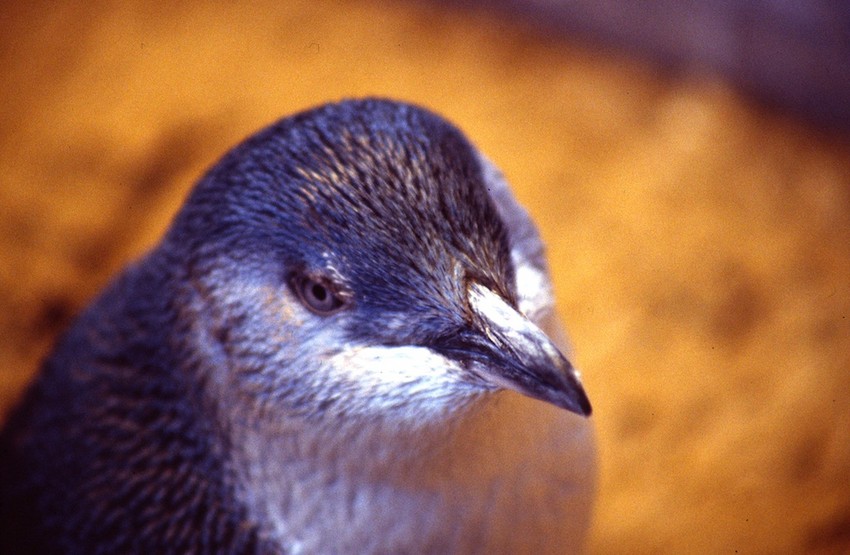 Australia has many species of penguin, but only one on the mainland

Contrary to popular belief, penguins aren’t confined to the ice sheets of Antarctica.

In fact, penguins range all the way up to the equator, where you can find the Galapagos penguin feeding on fish in the northern hemisphere!

Australia and its territories are home to many penguin species, but the only one you might see at your local beach is the breadloaf-sized Little Penguin (also known as the Fairy or Blue Penguin), which ranges along the continent’s southern shores and Tasmanian coastlines.

Kings, eastern rockhoppers, macaronis and gentoos can also be found on Heard Island.

The only ‘Aussie’ penguins you’ll find in our Antarctic territory are the famous emperor penguin and the feisty Adélie. 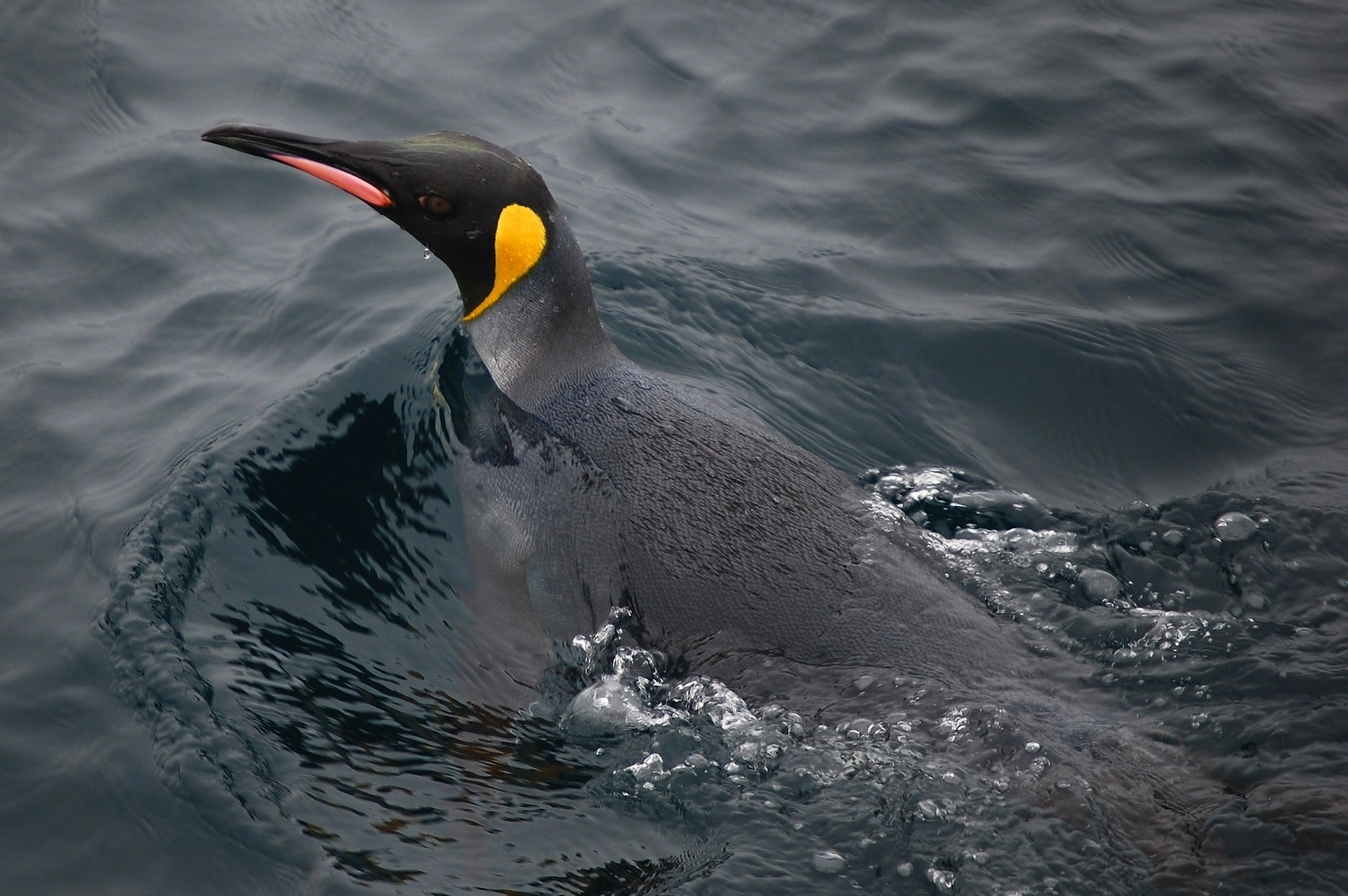 A king penguin swimming in the ocean: Picture: David Mark

But they stand out among  bird species for their unique swimming ability.

Penguins have specialised waterproof feathers, adapted their wings to act like paddles and can hunt their underwater prey with speed and precision.

In a race, gentoo penguins would take gold. They are the fastest penguin species in the water, and have registered speeds well over 30km/h!

For love in a cold climate, penguins mate for life

Many species of penguin are monogamous, so they almost always mate for life, returning to breed with the same partner each year.

Most female penguins usually lay two eggs, but in some species only one chick will survive to maturity.

Penguins are model parents and share home duties - while one parent goes to fish and feed, the other will stay home to incubate the egg! 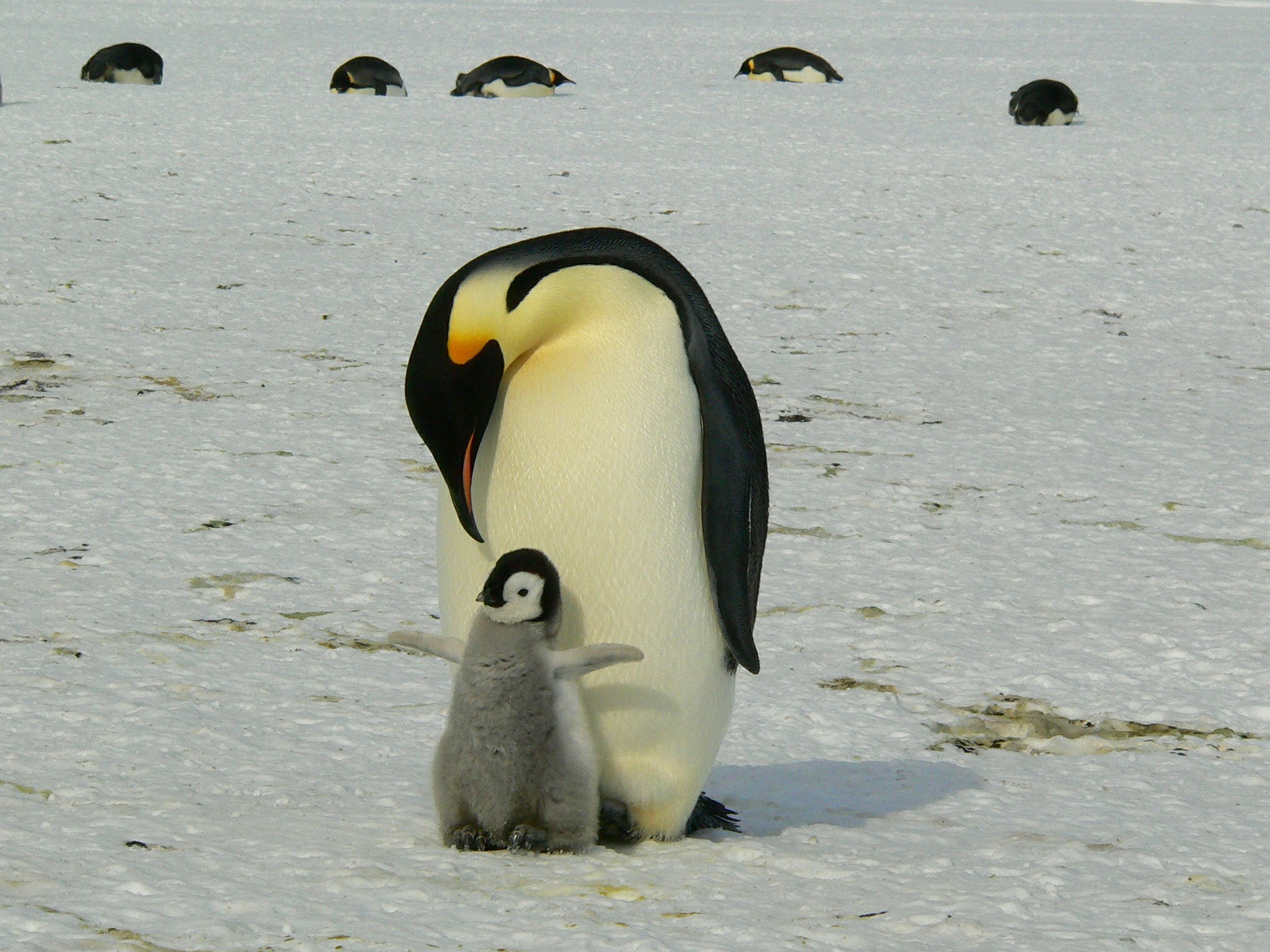 Can you pick out the voice of one child among the babble of hundreds of others?

If not, you could learn a thing or two from expert parent penguins.

Adult penguins have an incredible ability to identify the unique call of their own baby among thousands of other chicks.

This is a particularly important evolutionary skill for penguin adults, which sometimes spend months away from their newborns while hunting at sea.

When they return, parents must find their chick and regurgitate a mix of fish and other marine organisms into bub’s hungry mouth. Tasty!

You can see penguin poo from space

For species in colder habitats (like Antarctica) baby penguins accumulate in large groups called crèches (crèche is the French word for ‘cot’) and huddle closely together for warmth and protection from predators.

Some colonies can even be seen from space. This is because satellite imagery can be used to observe ice sheets or rocky surfaces stained by penguin faeces - penguin poo! 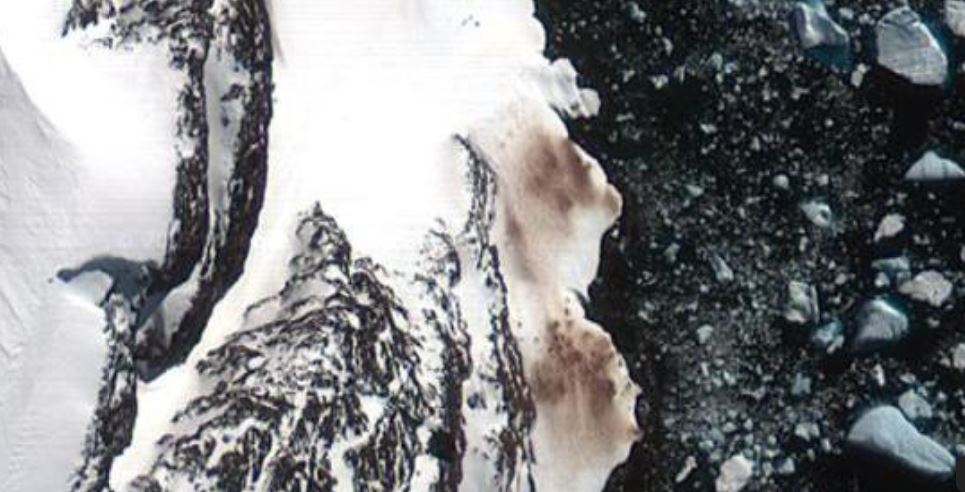 The pinky-brown staining on the ice is the result of Adélie penguins relieving themselves. Penguin poo is sometimes called 'guano'. Picture: Sourced from Google Maps.

While none of Australia’s penguin species are listed as threatened under the federal Environmental Protection and Biodiversity Conservation (EPBC) Act, many have threat ratings on the International Union for Conservation of Nature (IUCN) Red List of Threatened Species.

Some species face threats from invasive predators. Little Penguins that colonise the coastlines of mainland Australia are not endangered overall, however some colonies are threatened by attacks from rats, cats, dogs and foxes, as well as human interference.

But climate change is putting penguins in danger

Climate change poses an existential threat to many penguins, particularly Antarctic species such as the iconic emperor penguin.

A 2021 study published in Global Change Biology estimated that 98% of the species’ colonies will be all but eradicated by the end of the century if climate pollution continues unabated.

This is because global warming brought about by excessive climate pollution is projected to significantly reduce Antarctic sea ice. The study described this catastrophic scenario as leading to ‘quasi-extinction’. This means that even if some emperor penguins survived such an event, their numbers would be so low that it would be impossible to restore the species.

Increasing ocean temperatures resulting from global warming also threaten to unbalance delicate ocean food webs. This poses a threat to predatory species like penguins, which feed on a range of marine animals like fish, invertebrates like squids, and tiny crustaceans like krill.

Find out more about the Australian Conservation's Nature Campaign