On 20 September in a massive global day of action, students from across the country will be striking from school and joining a worldwide call for our leaders to stop climate damage.

Since their last strikes in March, the student climate strike leaders have rallied, organised and built unprecedented power to make their next round of strikes bigger than ever before. Community attitudes are shifting. There’s every reason for hope – and action!

Together we can make this HUGE. ✊

Support the students by joining a strike near you on Friday 20 September!

Plans for many more strikes are in the works – we’ll update you when more locations are confirmed!

This will be the third national strike since November last year — and the first since the re-election of the Morrison Government. A government that is backing Adani’s climate-wrecking coal mine at a time when our country is on track to be responsible for almost one-fifth of global climate pollution by 2030.

If we work together, we can build a world that works for everyone and every living thing.

As the students know, it will take everyone. They are calling on you to join them in solidarity and make this the biggest strike yet.

As parents, grandparents, friends, teachers, people who care — we all have a responsibility to help strengthen the movement of the students as they call for a future in which we all thrive.

I acknowledge that for some people it might not be an option to attend a strike. That’s okay! There are other powerful ways that you can support the students – check out their "Can't make a Strike?" action guide for ideas! 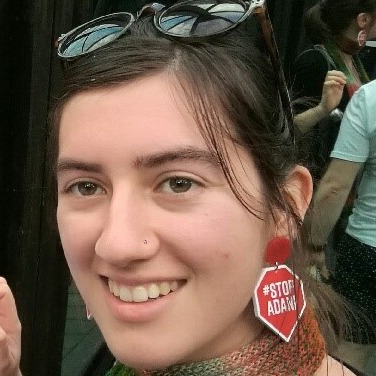