Adani wants to dig one of the world’s biggest coal mines in Queensland. It would generate billions of tonnes of pollution, fuel global warming, drain and pollute groundwater and wreck the Great Barrier Reef.

In the recent Queensland election, Adani was a huge issue. Now the pressure is on federal Members of Parliament to lift their game and oppose the mine.

It’s time to tell your elected representative that all you want for Christmas is to stop Adani!

Send your MP a personal note and a link to the Christmas card right now.

Writing a note in your own words to your representative in Parliament will be read and noticed by the office staff, and conveyed to your MP. After all, their job is to represent you!

We've pre-written the link for the digital Christmas card for your MP — leave it there to send the picture below! 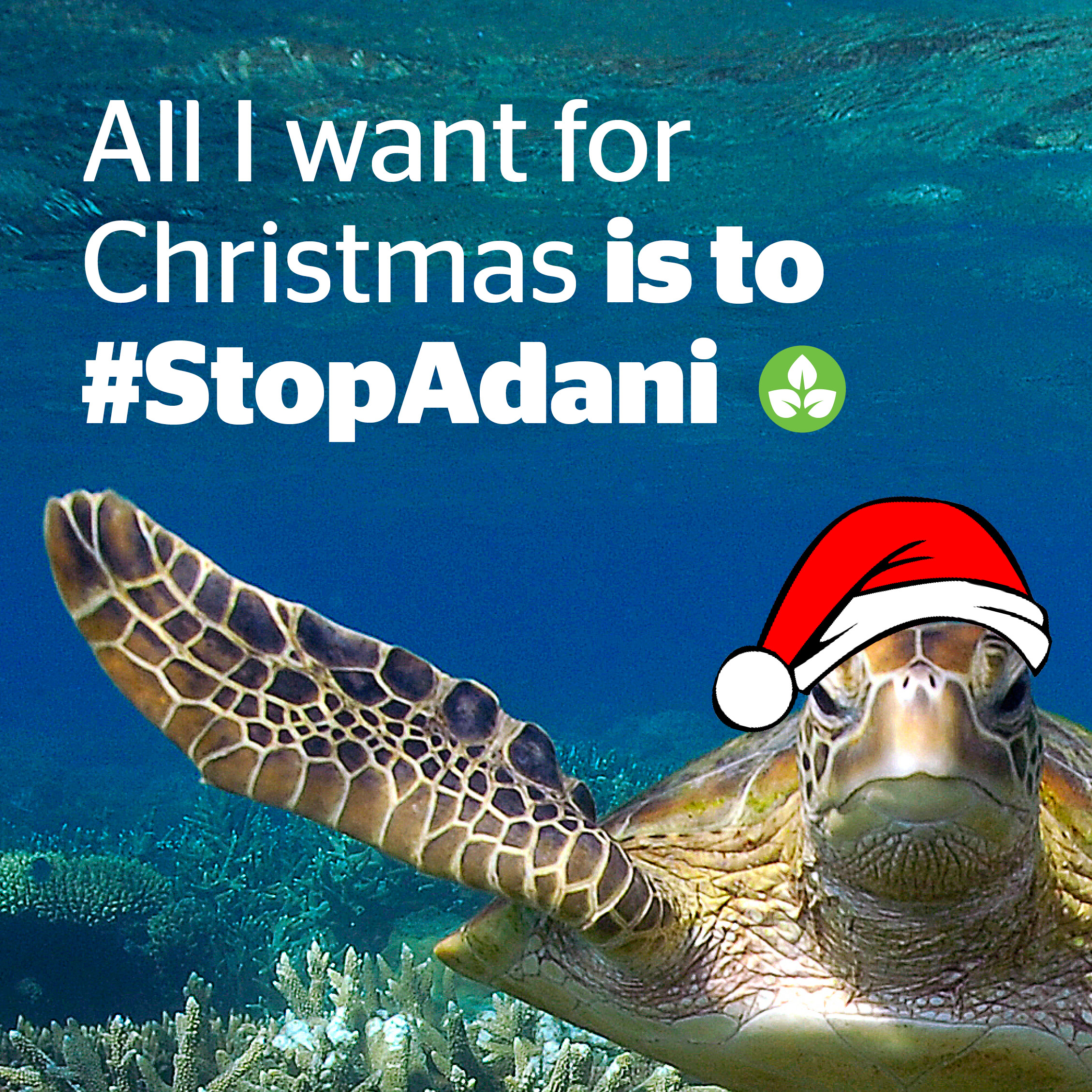 More ways to act on Adani's polluting mine