There will be no Adani mine on our watch. If that was not clear to our elected representatives before the Queensland state election, it is now.

There will be no Adani mine on our watch. If that was not clear to our elected representatives before the Queensland state election, it is now.

They tried to ignore us, but we were unstoppable, unmissable and irrepressible.

Building on months of grassroots work, and working alongside our friends and allies, together we made sure Adani’s polluting mine was at the front of voters’ minds.

Three of the four main parties committed to veto one billion dollars of public money for Adani.

The ABC’s Antony Green predicts Labor will form a majority government with final results expected at the end of this week.

So now the pressure is on federal Members of Parliament to lift their game.

It’s time to tell your elected representative that all you want for Christmas is to stop Adani! Send your MP a personal note and a Christmas card right now. 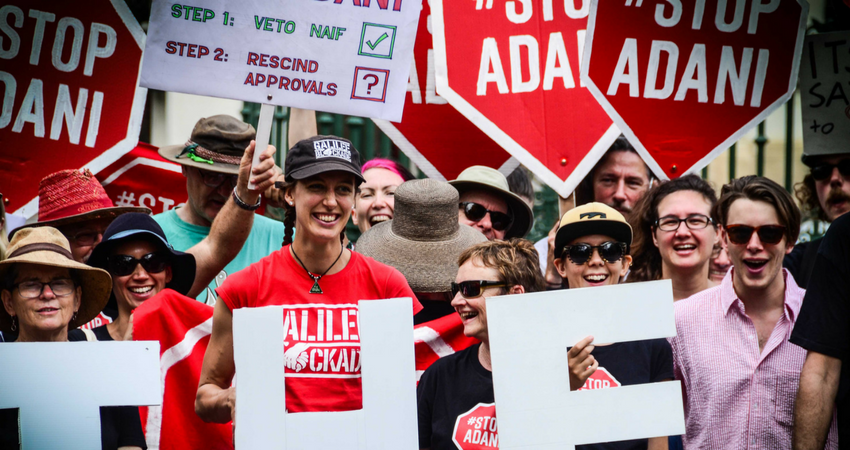 A vibrant, passionate community is united on this

We stand with every one of you who has rallied, donated, called, written, conversed, shouted, sung, honked, danced, and signed so far.

We are part of a powerful movement, and we stand proud with our friends and allies, big and small. 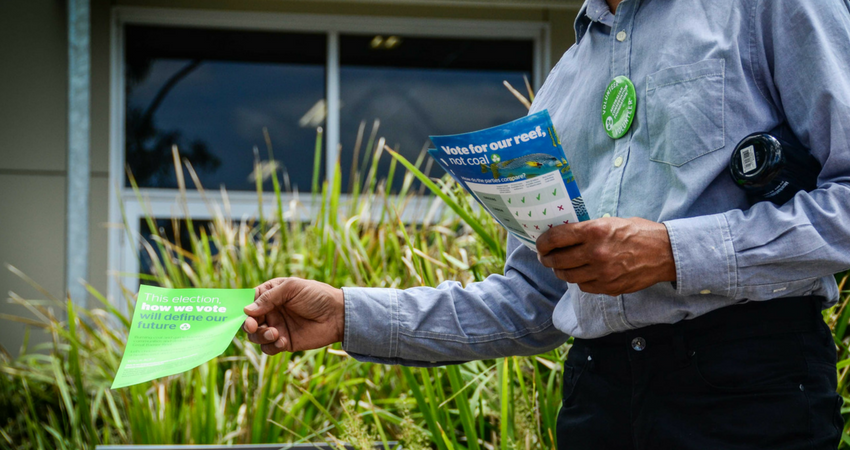 Millions of Australians heard the call to vote for our reef, not coal

In just four weeks, ACF Community groups around Brisbane held over 50 local actions in critical electorates, with personal conversations with people from their communities and meetings with MPs and candidates.

Donors crowdfunded a scorecard advertising campaign, “Vote for our reef, not coal,” which was seen by hundreds of thousands on billboards in strategic locations, and viewed over six million times online in election week. 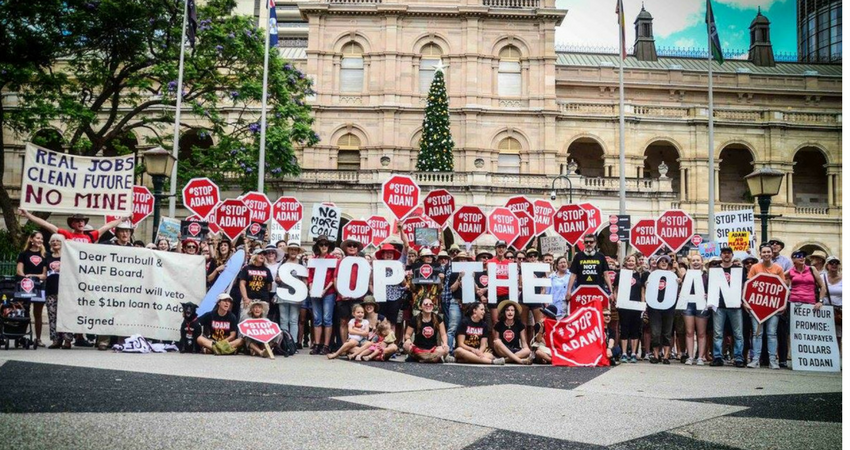 On day one post-election, the crowd showed up again.

The media pundits are saying Adani is poison

In the Queensland election Adani was one of the biggest, if not the biggest, issue of the campaign. Scare campaigns about power prices and against clean energy fell flat. It’s fair to say we won on both issues.

Even the pro-Adani Courier Mail has admitted Adani's mine was an issue this election and “...it was clearly swaying more votes in opposition to the proposed $6 billion mine and all its bells and whistles than in favour."

“...Looking at this federally Adani is poison out there,“ said Mike Seccombe from the Saturday Paper on ABC’s Insiders. “If it didn’t really cut through in the seats that might potentially have benefitted from Adani, it’s not going to cut through anywhere else in the country."

"Looking at this federally, Adani is poison out there. If it didn't really cut through in the seats that might potentially have benefitted from Adani, it's not going to cut through anywhere else in the country."

The politics are shifting

Our movement is a powerful force which has raised the issues we care about to a new prominence nationwide. Over 20 major banks including big four Australian banks, have ruled out loaning Adani any money.

Because of people power, Queensland Premier Palaszczuk was reluctantly forced to announce she would veto the NAIF public money to Adani a week into the election campaign.

Together, we’ve changed the story in Queensland. Our federal representatives will be sharply aware that Adani has become an issue, which could make or break their own election campaigns.

Let’s take the momentum from Queensland to the federal level and stop this mine. Ask your MP to grant your holiday wish and #StopAdani!

Together we can speak out for a better world.