It’s been an incredible week for climate action and nature protection in Australia.

From game-changing technology investment and shifting positions on climate, to a safe reef and widespread rejection of plans to use public money to keep burning coal for longer, read on to get today’s dose of hope.

Because together, we are making a difference.

Over the weekend, the Business Council of Australia – representing businesses such as the major banks, Wesfarmers, BHP, Rio Tinto, Qantas and McDonald’s – threw its weight behind a 50 per cent emissions reduction by 2030 to avoid a “costly and damaging” game of climate catch-up.

This is an important shift in the BCA’s climate policy and very welcome.

The Murdoch press is shifting its rhetoric on climate action

We were also excited to see a backflip in rhetoric from the Murdoch press on Monday.

Murdoch’s News Corp Australia – which owns a host of tabloid city and regional newspapers including Melbourne’s Herald-Sun, Sydney’s the Daily Telegraph, Brisbane’s the Courier-Mail and national publication The Australian – has historically published voices of climate science critics and deniers.

But on Monday, the front page of several News Corp newspapers featured highly positive commentary on renewable energy and a net zero emissions target by 2050. 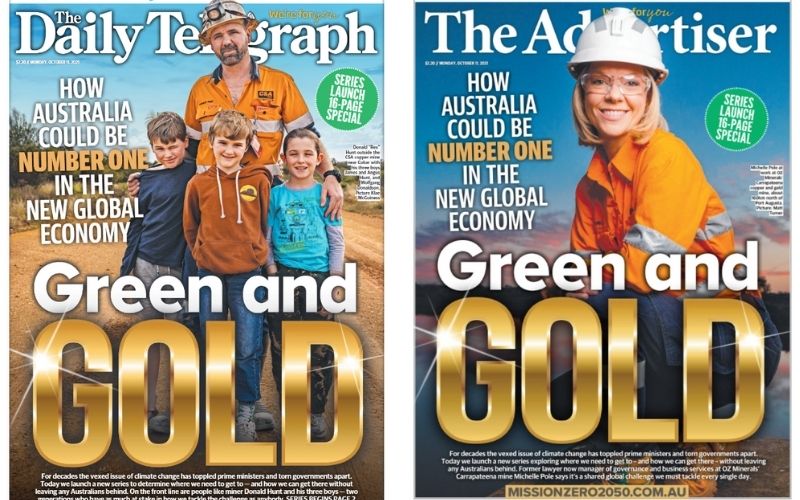 At last, News Corp has joined the long list of scientists, environmentalists, business and community leaders calling for climate action. It is a welcome move and the shift in rhetoric should not be underestimated in the lead up to the next federal election.

The first step in the project – a $115 million manufacturing facility set to be built in Aldoga, west of Gladstone – is expected to double the world's green hydrogen production capacity and bring thousands of jobs to Queensland’s energy industry for years to come.

The plant will manufacture green energy infrastructure and equipment – such as electrolysers, cabling and wind turbines – to create green hydrogen that will be exported across the world.

Green hydrogen is a fuel that’s created using renewable energy instead of fossil fuels like coal and gas. It has the potential to provide clean power for manufacturing, transportation, and more — and its only byproduct is water.

As one of the world’s largest exporters of polluting coal and gas, this announcement has game-changing potential for climate action in Australia and around the world!

In other excellent news, Rio Tinto has partnered with the Queensland government to power their Gladstone aluminum plant with renewables! Rio didn't always believe this was possible but we’ve consistently encouraged them to go renewable and we welcome this announcement.

A big shout out to the local Gladstone community working hard to call for a clean energy future.

It looks like Minister Angus Taylor’s Cash for Coal scheme, also known as CoalKeeper, will not see the light of day.

In a meeting with Minister Taylor, state and territory energy ministers drew a red line through the scheme that would have taxed household electricity bills to keep old, failing coal plants polluting for longer.

Victorian Energy Minister Lily D’Ambrosio made clear that "Victoria will not be supporting CoalKeeper payments to ageing fossil fuel generators.”

Together, the ACF community sent thousands of emails to state and territory energy ministers asking them to reject the Cash for Coal scheme. Together, we have made a real impact for our climate.

Some concerns still remain about shoring up the reliability of the national electricity grid. However, a new plan can now take different forms, like increasing state renewables backed up with battery and hydro storage to make sure we have the energy we need.

We can and must generate our electricity from clean energy. It’s a critical step to cutting climate pollution in Australia this decade. So let’s get on with it and renew Australia!

Last week, we got word that polluting oil giant Woodside has officially withdrawn their application to dump a 2,529-tonne rusty piece of its old oil rig, full of plastic and toxic waste, right next to Ningaloo Reef.

This is a momentous win for the whale sharks, turtles, manta rays and humpback whales who call Ningaloo Reef home – and it was only made possible by the support of our community. 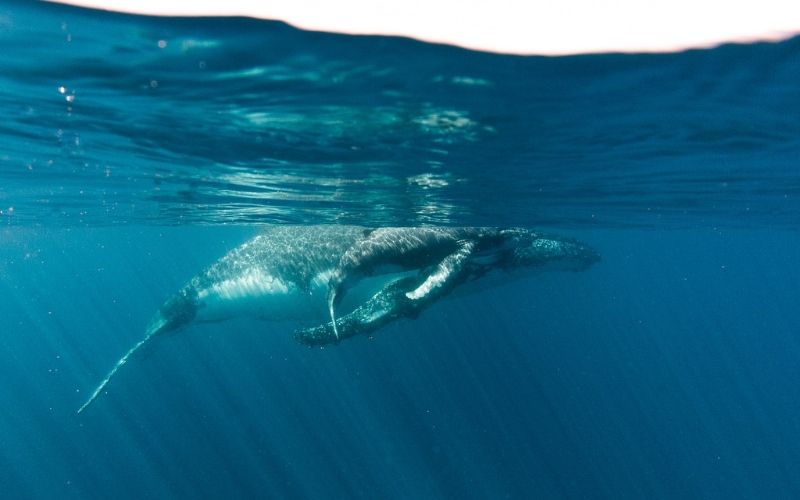 We know the fight’s not over yet, but we’re thankful we can count on the ACF community to have our back.

Donations from our community empowers the ACF Investigations Team to take urgent action – investigating and uncovering bad decisions and showing the need for strong new nature laws that genuinely protect the places and wildlife we love.

We’ll ramp up the pressure nationally to get environmental laws that protect Ninglaloo and all the places we love across Australia.

And a big shout out to the Protect Ningaloo campaign that will continue the fight on the ground to make sure Ningaloo is protected forever.

Pressure is building on the Morrison Government to step up

Both at home and overseas, pressure is building on the federal government to lift its ambition on protecting nature and solving the climate crisis.

As Prime Minister Morrison debates whether to attend the COP26 United Nations Climate Change Conference in Glasgow at the end of this month, Prince Charles has urged the PM and other world leaders to attend, calling it a "last chance saloon" to save the planet.

We know the majority of Australians want action from our governments to protect nature and our climate.

Last week, we launched Together We Can – a new campaign to unite the voices of everyday Australians, groups and businesses calling for a safe climate and tell our climate stories.

Join Together We Can and raise your voice today!