ACF's landmark case will test whether our environment laws are strong enough to protect our Great Barrier Reef from its biggest threat – climate change.

Yesterday I was at Brisbane’s Federal Court. It was the second day of court hearings for our case challenging Minister Hunt’s approval of Adani’s Carmichael Coal Mine under the Environment Protection and Biodiversity Conservation Act 1999 (EPBC Act).

There was so much public interest in the case that on the second day, we were moved to a larger courtroom.

This landmark case will test whether our environment laws are strong enough to protect our Great Barrier Reef from its biggest threat – climate change.

The case is one of judicial review, which means the Court reviews not the Minister's decision, but whether in making his decision the Minister followed the proper lawful process.

It’s not what most people think of when they think of a court case. There are no witnesses or experts presenting evidence. No one yells “objection”.

Instead, the barristers for the three parties – ACF, the federal government and Adani – spend hours on their feet making their arguments under intense questioning from the judge. It’s hard not to be impressed by their stamina.

The first day’s proceedings were kicked off by the ACF legal team, who argued that the Minister’s approval of Carmichael is inconsistent with the government’s obligation to protect the World Heritage-listed Great Barrier Reef.

The government argued that if Adani’s coal doesn’t pump tonnes of pollution into the air, another mine’s coal will. It’s the drug dealer's defence.

The quote of the day goes to ACF’s Senior Barrister Saul Holt QC.

“If I pour arsenic into a lake, it pollutes the lake, regardless of whether someone else could also.”

On the second day of the case, the government put several arguments to the court, including that in the Minister’s view the Carmichael mine will not have any impact on the Reef. An extraordinary submission.

Sitting in the courtroom and listening to these legal arguments it was impossible not to think about what is happening on the Great Barrier Reef right now.

Over the last few months 93 per cent of our Great Barrier Reef suffered the worst bleaching on record.

And the world’s top reef scientists have made the link between climate change, fuelled by coal pollution, and the bleaching clear. 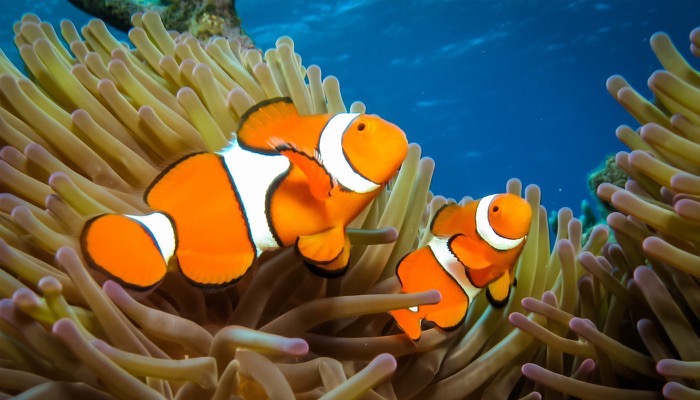 Professor Terry Hughes, the convenor of the National Coral Bleaching Taskforce, says the federal government has failed to link its decisions – like scrapping a law that made polluters pay for their pollution and supporting coal mining – to reef health.

And Australia’s ‘Godfather of Coral’, Dr Charlie Vernon, who expressed his frustration for the government’s approval of the Carmichael coal mine in the wake of the current bleaching.

Other scientists warn that if pollution continues unchecked, in 20 years the reef could be damaged beyond repair.

If we win this case it will be a game-changer. It will show that climate change considerations and World Heritage protections must be strengthened in our national environment laws.

Now we all await the judgement.

Winning a case under the EPBC Act is notoriously difficult, but our legal team argued a strong case and the judge was thorough and engaged in the arguments being put forward. We couldn’t have asked for a better hearing.

Win or lose, we can all be proud of this landmark climate change case ACF has argued in court over the last two days.