A proposal to sink a disused Woodside Energy oil rig mooring in waters near the world heritage listed Ningaloo Reef has been abandoned.

A proposal to sink a disused Woodside Energy oil rig mooring in waters near the world heritage listed Ningaloo Reef has been abandoned.

And while it’s welcome news for one of the most significant reef ecosystems in Australia and the world, there remains a risk of similar rig dumping in the future.

An investigation led by the Australian Conservation Foundation earlier this year unearthed a proposal by Woodside to dump the riser turret mooring that secured the decommissioned Nganhurra floating oil rig in waters near the popular reef off the West Australian coast.

It worked with recreational fishing group Recfishwest to formulate a proposal to use the mooring as an artificial reef for sportfishers in the area.

The mooring contains plastic, polyurethane and water-soluble manganese metal which has the potential to leach into the nearby ecosystem if dumped near Ningaloo.

Woodside originally committed to recycle the mooring onshore in accordance with Australian law, but has since said the rigging was unsuitable to be towed ashore and requested an exemption.

That’s because its maintenance of the mooring is so inadequate that it resulted in an investigation by the National Offshore Petroleum Safety and Environmental Management Authority (NOPSEMA).

NOPSEMA issued actions against Woodside for failure to comply with its original plan to remove and dispose of disused equipment onshore, to plug or close-off oil wells and to remove unused property in a “timely and proper manner.”

It also commenced an investigation into whether Woodside’s failure to correctly decommission the riser turret mooring was in breach of the Offshore Petroleum and Greenhouse Gas Storage Act 2006.

But NOPSEMA also green-lit Woodside to sink the mooring near Ningaloo Reef, subject to permits being granted by the federal Department of Agriculture, Water and the Environment. 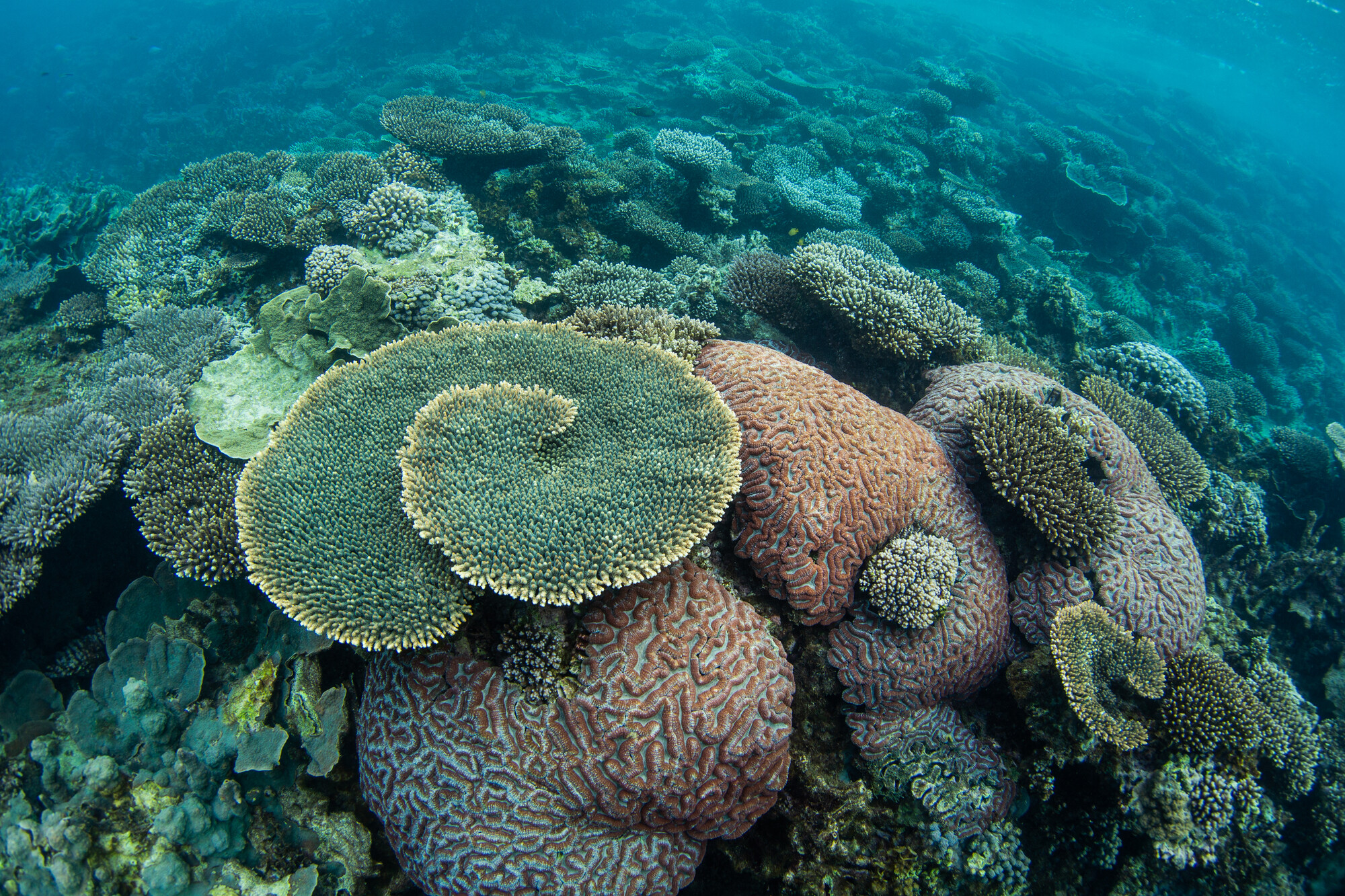 Raising the alarm for Ningaloo

In July, the Australian Conservation Foundation led an investigation into the proposal to dump the riser turret mooring near Ningaloo.

Along with Protect Ningaloo, the Cape Conservation Group and the Conservation Council of WA, it called for the plan to be scrapped.

More than 8,000 public submissions were written to the federal environment minister, calling on Sussan Ley to block the proposal.

“We already knew the federal off-shore regulator [NOPSEMA] was investigating Woodside for not taking appropriate care of the offshore rig, so we knew there was a compliance issue,”  explains Australian Conservation Foundation Lead Environmental Investigator Annica Schoo.

“The original plan was to take the gear onshore and recycle it, which turned into an attempt to dump it near Ningaloo.

“But Ningaloo doesn’t need an artificial reef, it is a reef.

“No one—including Woodside in their report—was talking about the potential impacts on the local ecosystem: heavy metals like Manganese and their potential impact on the coral reef, plastic that was a key component of this mooring that would potentially leach into the ocean.

“Protect Ningaloo, the Cape Conservation Group and the Conservation Council of WA have been working hard for years on the ground to prevent the industrialisation of Ningaloo and its surrounds and along with our investigation, we collectively brought this issue to the public.”

So do artificial reefs work to support marine life?

Proponents of artificial reefs say they provide more habitat for marine life: in theory, the hard surfaces of metal structures allow invertebrates and algae to accumulate and create more food for larger predators.

A 2003 study into offshore artificial reefs found little compelling evidence in the use of human-made structures to compensate for decline in natural habitat, particularly where fishing of artificial reefs was allowed.

But these locations do not compare to remote, sparsely populated world-heritage listed areas like Ningaloo Reef, nor did UNSW’s studies investigate the use of oil rigs as artificial reefs in remote marine environments.

Perhaps most importantly, international laws and protocols prohibit the creation of reefs from waste materials or as cost-saving exercises for oil and gas companies.

“Put simply, oil and gas companies should clean up after themselves, no matter the cost,” ACF nature campaign Nathaniel Pelle says.

“It’s the ‘polluter pays’ principle: Decommissioning should be a matter of companies taking full lifecycle responsibility for the equipment they’ve used to extract resources and profit out of the ground.”

The answer is unclear, and there is little research into whether such a project would be suitable in Australian waters.

An overseas 2011 study into the use of decommissioned oil rigs for deep-sea artificial reefs found that while those sunk in deep sea environments could provide benefit to ecosystems by helping to conserve species threatened by trawler nets, the risk of ecosystem damage, leaching of contaminants, supporting growth of invasive species and changed dynamics to food webs are all potential consequences.

The United States operates a rigs-to-reefs program regulated by its federal Bureau of Safety and Environmental Enforcement. Despite scientific studies leaving the question of environmental benefit open, the Bureau suggests the primary benefit of rigs-to-reefs is that it reduces fuel emissions in transporting and disposing of rigs, reduces costs for energy companies, and improves fisheries for commercial and recreational fishing.

For species, it suggests these reefs provide habitat for marine organisms, though not necessarily contributing to a net gain of marine life, although a study found some Californian off-shore rigs have a significantly higher level of fish production than other ecosystems.

But these American rigs are left ‘in-place’, maintaining the artificial life that accumulates over the lifespan of the facility - in stark contrast to the Woodside/Recfishwest proposal to drag the mooring towards Ningaloo.

"We've seen some of these things [rigs] removed and it's really quite sad to see the organisms and the creatures, some quite rare, that occur on these that have been being displaced, moved, and obviously killed by actually removing,”  UTS Professor of Marine Ecology David Booth told ABC News when the ACF investigation broke in July.

"And so leaving in place, you obviously maintain the ecosystems.

"Those rigs, which might be located near natural reefs, are drawing fish off to where they might be more easily caught or damaged,”

"Also, it's been shown that invasive species use these [rigs] as a way to travel further than they would otherwise travel.”

So while recreational fishers may well salivate at the chance to fish outside of protected areas where fish are accumulating, current scientific research is hardly conclusive of the merits of rig-to-reefing in Australia. 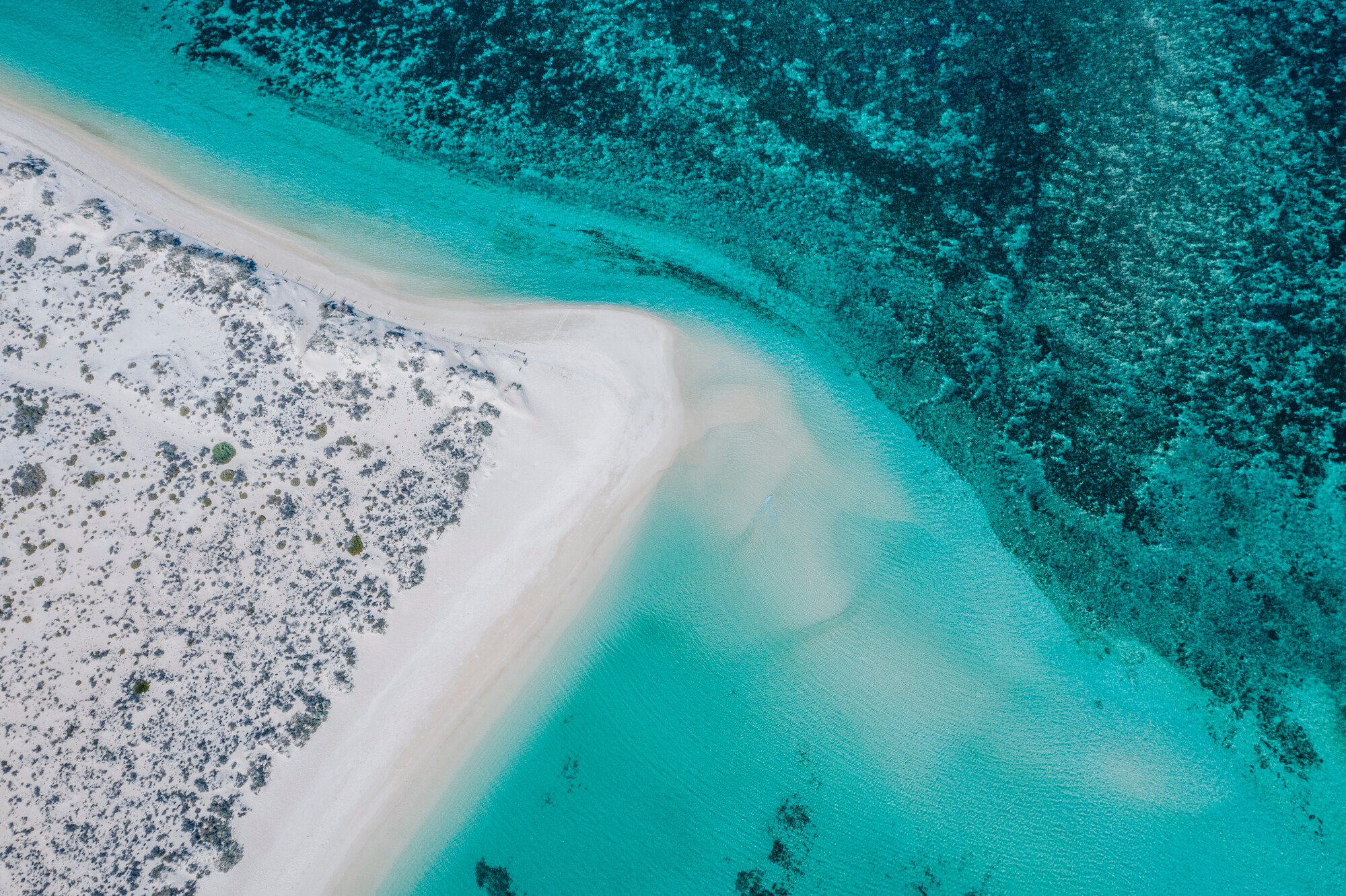 Because Recfishwest withdrew its proposal from being considered under the Sea Dumping Act, the Department of Agriculture, Water and the Environment is unable to release its assessment of the application.

That leaves the question of a future attempt to move this or other rig infrastructure in a similar manner wide open, and how Woodside plans to now appropriately remove the riser turret unresolved.

When the investigation broke in July, the Australian Conservation Foundation obtained expert analysis from Professor Tina Soliman Hunter of the Macquarie Law School.

She found that the proposal would breach Australia’s commitment to international protocols designed to protect oceans from waste dumping.

“Granting permission to scuttle the [riser turret mooring] near Ningaloo to create an artificial reef for recreation purposes, when the removal of the structure is possible, is likely to amount to a breach of Australia’s international law obligations,” Professor Soliman Hunter said.

The London Protocol - to which Australia is a party - compels signatories to protect and preserve the marine environment from all sources of pollution and take effective measures… to prevent, reduce and eliminate pollution caused by dumping or incineration at sea of wastes or other matter.

The withdrawal of Recfishwest’s application leaves a question mark over what Woodside proposes to do to rehabilitate the Nganhurra offshore rig.

Under its original plan, the rig must be relocated onshore and recycled, an operation that will be costly for the energy company.

“The withdrawal of this proposal means Woodside should now be required to bring its rig ashore and recycle in accordance with Australian law and its original, approved environment plan,” says Nathaniel Pelle.

“There are hundreds of oil and gas wells due to be abandoned in the next few years and their owners should not be allowed to let their offshore infrastructure fall into disrepair and then attempt to hatch a cheaper plan to dump it at sea instead.

“This is why we need to strengthen existing legislation so oil and gas companies are required to put the environment first by removing their equipment from the ocean and rehabilitating marine environments back to the state it was in prior to their work commencing.”