There are few places in the world where you can swim with the world’s largest fish, marvel at manta rays and dugongs, watch sea turtles nesting, and step off the beach straight into an underwater wonderland bursting with life and colour.

Ningaloo Reef is one of them. 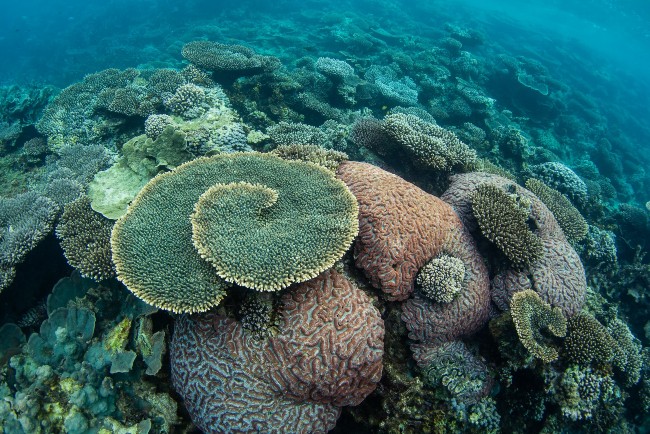 Located along the coast near Exmouth in Western Australia, Ningaloo (Nyinggulu) is one of the longest fringing (or near-shore) reefs in the world. 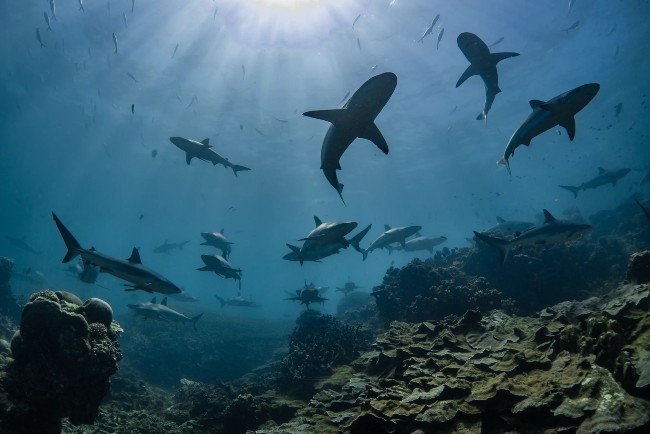 Risks to the reef

So far, Ningaloo has managed to avoid the catastrophic coral bleaching that has plagued many of the world’s reefs, including our own Great Barrier Reef.

Global warming, fuelled by digging up and burning coal and gas, still poses a huge risk to this delicate ecosystem.

But closer to home another serious threat looms, as industrial development encroaches on this natural wonder. 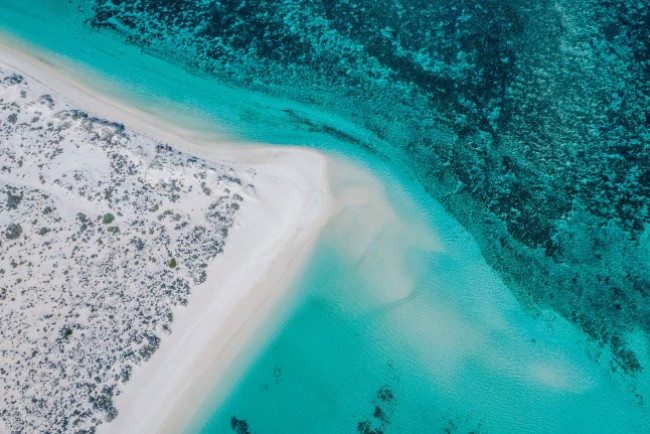 This has never happened before in Australia.

Legal advice obtained by ACF shows these plans to dump the rig could breach international law. 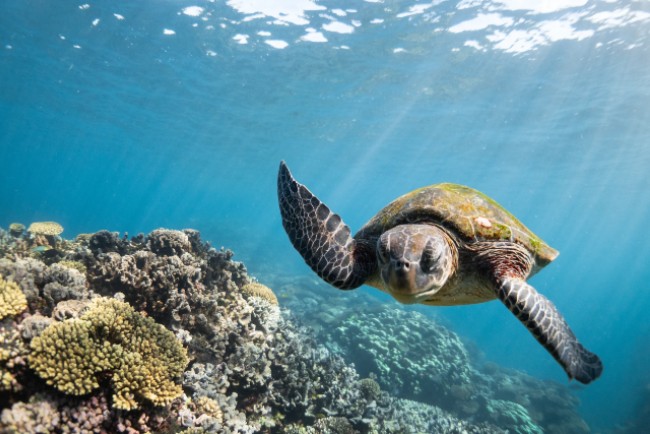 Paul Gamblin is Director of Protect Ningaloo — an initiative of the Australian Marine Conservation Society, the Conservation Council of WA and Cape Conservation Group – Exmouth. He says the proposal is another example of heavy industry encroaching on the globally-important and fragile Ningaloo-Exmouth Gulf area.

“This is a major piece of oil and gas infrastructure,” Paul says.

“And Woodside allowed it to degrade to such an extent that they're now saying they can't do what they promised or what is required by law, which is to remove it from the ocean and deal with its pollutants on land.” 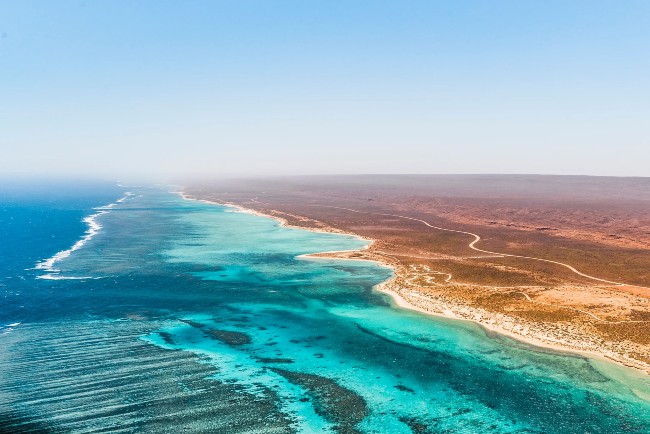 “Dumping polluting infrastructure on the doorstep of places like Ningaloo Reef is something you might’ve expected in the 1980's, but not this century.

“We understand that this infrastructure contains industrial materials that will break down over a long period of time and with unknown impacts on this sensitive, fragile marine environment.” 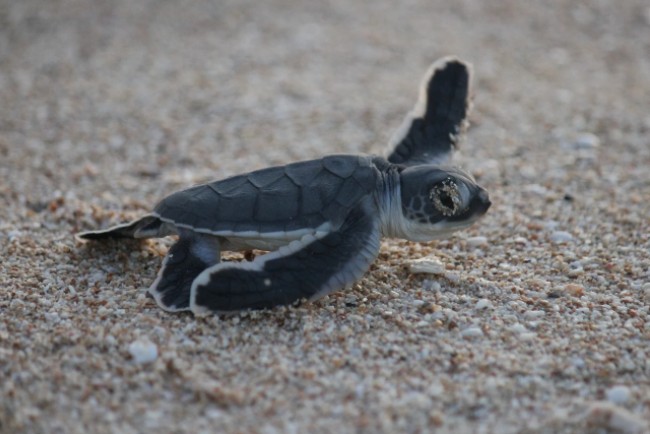 A legacy of pollution

With hundreds of oil and gas wells due to be abandoned around our coastline in the next few years, this would set a dangerous precedent.

“It's creating a long legacy of pollution that shouldn't be allowed. Industry must be held accountable for cleaning up after itself.” 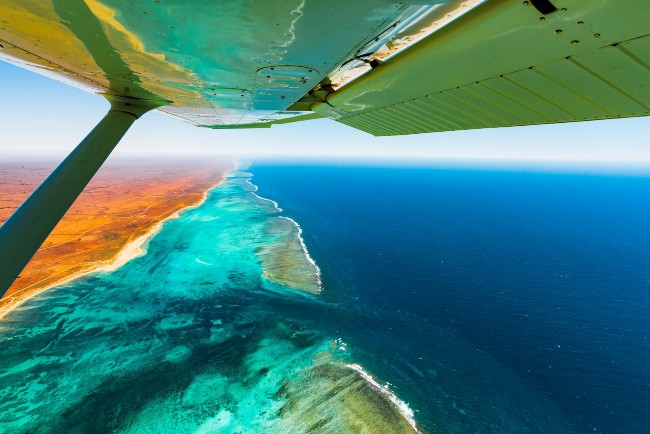 Life on the reef

Working on whale shark tour boats for more than a decade, photographer Violeta Brosig knows Ningaloo’s waters well. Yet life on the reef never ceases to amaze her.

“If you go for a walk in a national park, you can have a rough idea of what you’re going to see in terms of landscape — but Ningaloo always blows your mind,” Violeta says.

“It’s the most incredible playground and the most pristine environment,” she says.

“From the tiniest, colourful creatures to the biggest, biggest giants of the ocean… it’s just incredible.” 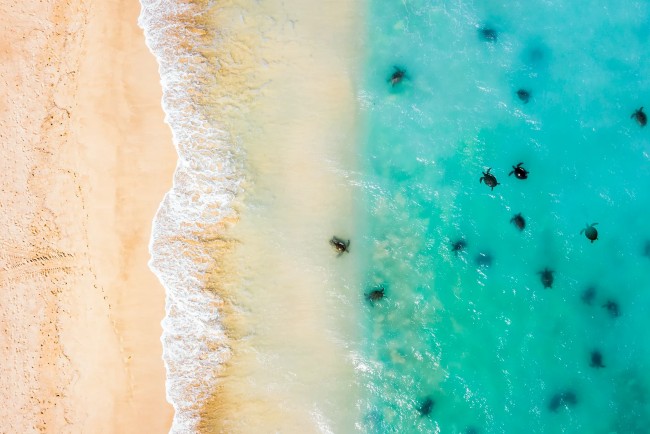 Once, Violeta was lucky enough to capture a humpback whale on camera, seconds after giving birth.

Each year, thousands of humpback whales use Ningaloo as a resting place along their migration journey. Violeta worries about the damage industrial activities, like Woodside’s waste dump plans, will have on the Heritage-listed habitat.

“There was the Subsea 7 pipeline proposal and now there's the Gascoyne Gateway deepwater port that's being proposed... and I would not like to see that happen because it's right bang on the humpback whale nursery." 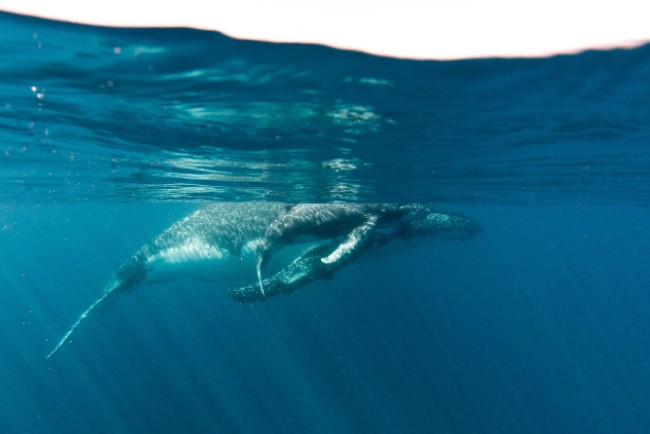 “This region is such a quiet, pristine and calm place for whales to bring their calves, and for many, many other creatures as well. Any industrialisation will have a massive effect on these creatures.”

Violeta’s goal, through her photography, is to make people aware of the beauty and fragility of Ningaloo, and what’s at stake if we don't protect it. 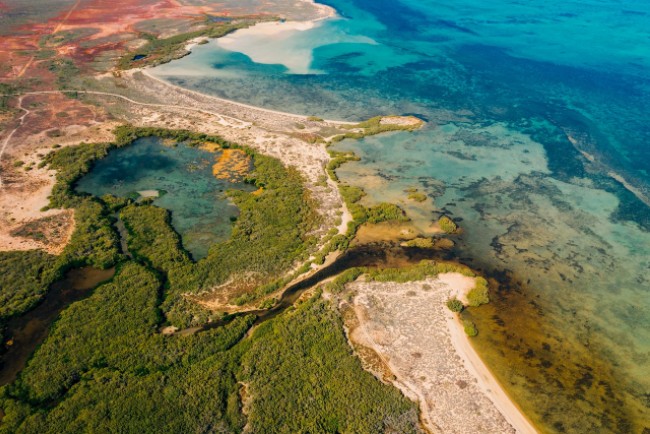 This year marks the 10th anniversary of Ningaloo Coast's World Heritage listing — but the area is still far from protected.

Paul Gamblin says the onus is on Woodside to remove its infrastructure from the ocean — and for the Australian government to support the relevant regulators to do their job and make sure the company doesn’t set a dangerous precedent.

“It’s time to recognise Ningaloo-Exmouth Gulf's natural values and the economic value that comes from that — from tourism, from marine science, from natural resource management, cultural tourism.

“There's a whole lot of potential in the area, but we have to protect this extraordinary ecosystem.” 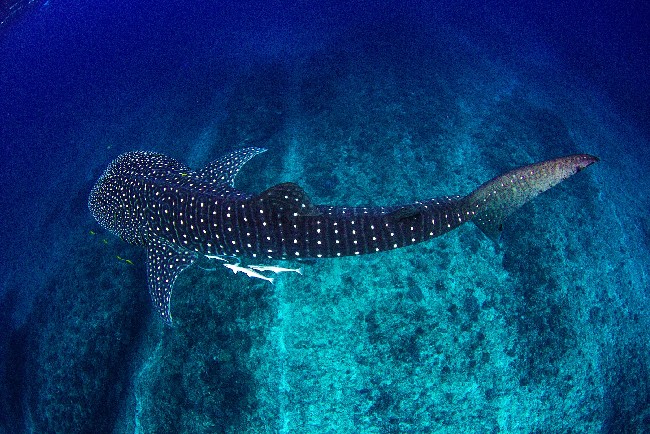 How you can help

This dumping action proposed by Woodside still requires a permit from the Environment Minister.

Australia has long been a global leader on ocean protection. It’s something Australians are proud of. We wouldn’t accept this at the Great Barrier Reef, or our local beach, we can’t allow it at Ningaloo.

Woodside wants to dump a 2,529-tonne piece of its oil rig next to Ningaloo. They want to simply dump their rubbish and walk away.

If they are allowed to get away with it, it opens the way for other oil and gas companies to do the same, wreaking devastation on ocean habitats around Australia, littering them with toxic waste.

Your support makes such a powerful difference, and we urgently need your help to stop this atrocity and stop toxic oil and gas waste from being dumped all around Australia.

Will you please donate to our Ningaloo Appeal today? If Woodside is allowed to dump their toxic waste, we'll lose more than Ningaloo.

Donate to the Ningaloo Appeal