The evidence we see in the world around us supports those conclusions, and confirms the extinction crisis is gathering pace.

Scientists have identified 19 ecosystems across Australia that are collapsing, including the Great Barrier Reef, the rivers of the Murray-Darling Basin, the rainforests of the Wet Tropics and the snowpatch herb fields of the Alps.

Even Bogong moths, so abundant just five years ago that they were seen in their millions in cities and towns across the eastern seaboard – most notably in Canberra – have recently been added to a global endangered species list, along with the grey-headed flying fox and the Arcadia velvet gecko.

The laws Professor Samuel was reviewing were introduced more than two decades ago by the Howard government, with the aim of protecting Australia’s unique wildlife, plants and landscapes.

The five-yearly State of the Environment report is due to be released soon by the federal government, and is expected to reveal further declines in the health of plants, animals and ecosystems across Australia as a result of escalating threats including habitat destruction, climate change and invasive species.

It’s disappointing, but not surprising, that Professor Samuel’s review found the Environment Protection and Biodiversity Conservation Act 1999 (known by many as the EPBC Act) is not living up to its name and needs fundamental reform.

More than 30,000 Australians and organisations contributed to the independent review. The vast majority of these people called for stronger and more effective laws to protect our incredible natural and cultural heritage.

Professor Samuel’s review made 38 solid recommendations to fix and strengthen the act, and set out a clear pathway with three stages of reforms. These recommendations included strong, legally enforceable national environmental standards as the ‘centrepiece’ of a broader fundamental reform framework, along with oversight by a new Environment Assurance Commissioner.

He also cautioned the federal government to ‘avoid the temptation to cherry pick from a highly interconnected suite of recommendations’.

One year on, very little progress has been made, and regrettably the federal government has been unable to resist temptation. It has cherry picked.

Worse still, the cherries it has picked do not accurately reflect Professor Samuel's recommendations.

While the government has introduced legislation that sets out a framework for national environmental standards, it leaves the detail of those standards to the discretion of the Environment Minister – a feature of the existing law Professor Samuel identified as a problem.

The government’s draft interim standards are weak and merely reflect the existing flawed requirements of the EPBC Act. They add nothing, and are a long way from the outcomes-focused standards developed by Professor Samuel following consultation and co-operation across industry and environmental groups.

Similarly, the government’s version of an Environmental Assurance Commissioner has extremely limited powers and resources, and would not provide the rigorous and transparent oversight envisaged by Professor Samuel.

What we need is a truly independent federal environment regulator. However, Environment Minister Sussan Ley immediately ruled out this idea when Professor Samuel floated it in his interim report.

Fortunately, this deeply flawed legislation has stalled in the Senate. The federal government has also released a ‘pathway’ for environmental law reform that acknowledges reform is overdue. This pathway contains potentially positive initiatives, such as updates and improvements to the outdated and antiquated databases and systems that underpin the federal Environment Department’s administration of the EPBC Act.

But the proposed pathway still falls a long way short of the recommendations put forward by Professor Samuel in his report.

We cannot afford to tinker around the edges of these laws instead of delivering the fundamental reforms that are needed: national leadership, strong environment protection laws that genuinely protect Australia's natural and cultural heritage, and a well-resourced independent regulator to enforce them.

We cannot wait another 10 years for the next review to fix the act. Our iconic places and unique animals, plants and ecosystems are in decline, under threat and deserve better.

Some will not be around next decade if we do not take urgent action now.

This piece was published by the Canberra Times 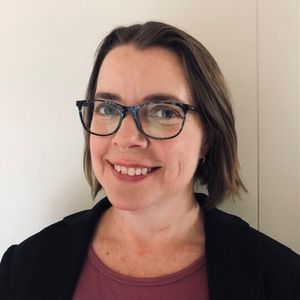